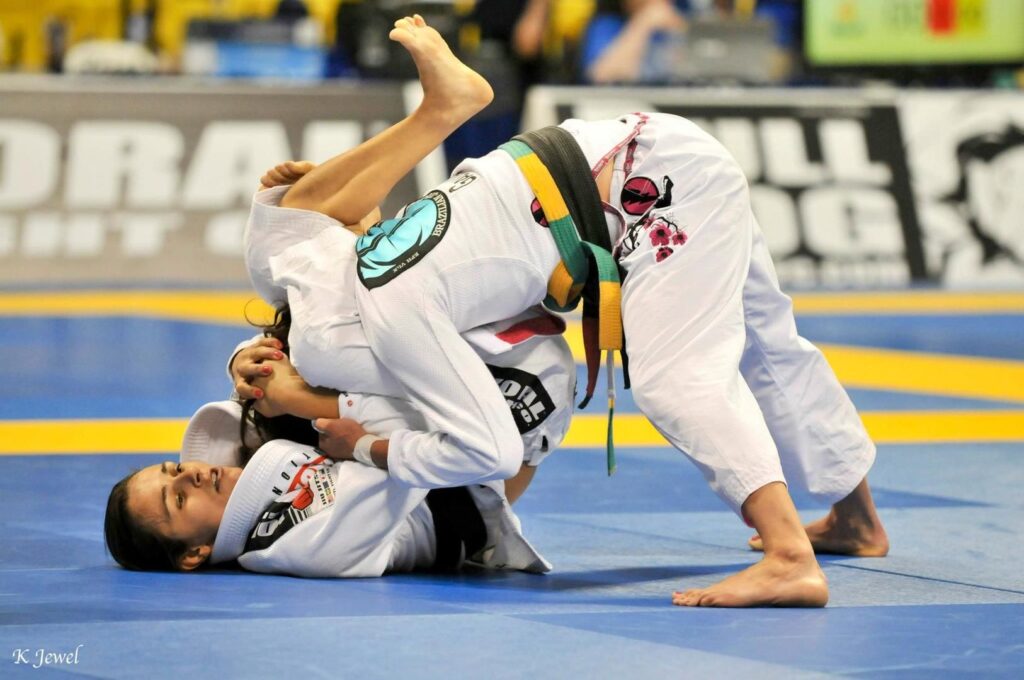 Also known as the gentle art, Brazilian Jiu-Jitsu (BJJ) is designed to enable a much weaker person to overcome a bigger and stronger opponent. It uses technique and leverage to overpower strength. That’s why it’s one of the most revolutionary and potent martial arts around.

Over the years, BJJ has blossomed as a sport and till today, it continues to grow. Well, there isn’t much of a surprise there. After all, BJJ equips you with self-defense skills while keeping you physically and mentally sharp!

Along the way, there were some strong women who left their mark in the BJJ world, and they continue to inspire many till today. Ready to get acquainted with some of the amazing women who changed the face of BJJ?

Michelle Nicolini is an 8x Jiu Jitsu World Champion, ADCC Champion and World Pro Cup Champion, making her an elite fighter in the BJJ world. With over 20 years of experience under her belt, there’s no surprise that she’s highly regarded as one of the greatest BJJ legends in history.

In recent years, she moved on to pursue MMA. With such a strong ground game, we believe she’d be an exciting fighter to look out for. Psst! She also happens to be the newest addition to the highly decorated Evolve Fight Team!

Regarded as one of the best female fighters of all time, Leticia Ribeiro has won numerous medals and titles over the years and also has a mention in the IBJJF Hall of Fame. What’s more, she’s the head coach of the Gracie Humaita – which is among the best female BJJ teams.

Despite starting her martial arts journey with Muay Thai at the age of 12, Luiza Monteiro eventually moved on to BJJ, and as they say, the rest is history. After earning her black belt in 2010, Monteiro made a name for herself as a strong BJJ athlete. She also clinched medals in a few weight classes – from featherweight, to medium heavy.

Since the tender age of 3, Mackenzie Dern started training with her father, who happens to be the legendary Wellington “Megaton” Dias. By the age of 14, she started competing and winning in the adult divisions of BJJ tournaments. Hence cementing her reputation as one of the top female grapplers.

Before she turned 20, Dern got her black belt and went on to compete and win in her weight division at the European Open.

Are you inspired by these legendary BJJ women? Why not try a class today!