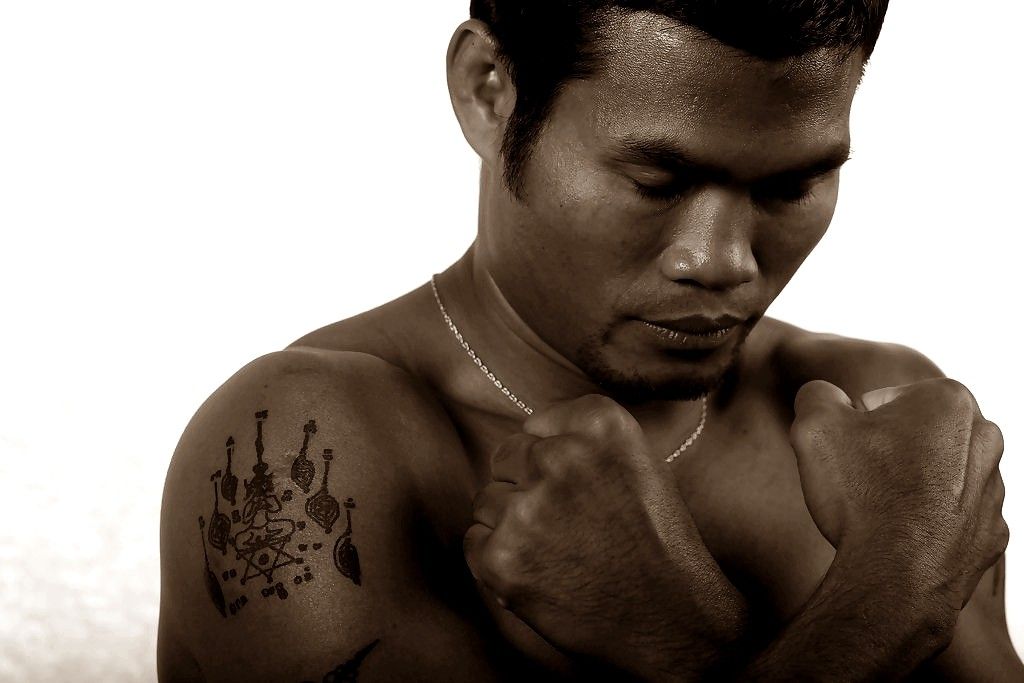 Sheer power, speed, and will; in his prime, Yodsanan Sityodtong (also known as Yodsanan Sor Nanthachai or Yodsanan 3-K Battery) was an unstoppable force in the boxing ring. Given the nickname the “Thai Tyson” or “Little Tyson” due to his tremendous punching power, Yodsanan accumulated an impressive total of 47 knockouts in 62 fights. It’s no wonder he is regarded as one of the best boxers Thailand has ever produced.

This fight with Forbes was to be his third WBA Super Featherweight title defense. Forbes was considered by many to be Yodsanan’s toughest opponent yet, as many believed that the young American had the speed and size to frustrate the Thai boxing sensation. However, Yodsanan dominated and proved to be too sharp and disciplined in his boxing ability, outscoring Forbes in almost every exchange. And the end of the twelfth round convinced everyone convinced that Yodsanan was undoubtedly the winner.

In February of 2004, Yodsanan made his second WBA title defense against speedy Japanese boxing star Ryuhei Sugita. Sugita was the Japanese Super Featherweight champion and was looking to win his first world title against the dangerous Yodsanan.

Held in the Memorial Center in Gifu, Japan, the fight was an action packed thriller with the sold-out crowd in attendance constantly cheering for their hometown hero, Sugita. Sugita managed to frustrate Yodsanan early in the fight with his quick handedness and movement. But Yodsanan, calm and composed, defended well and was patient in throwing his shots, slowly picking apart his Japanese opponent before finishing him off with a flurry of power punches.

After claiming the WBA title from Lakva Sim in Thailand, Yodsanan received yet another opportunity to fight in front of his countrymen. This time, it would be against then rising American star, Lamont Pearson for his first WBA title defense. The fight was held on the King’s birthday, a national holiday in Thailand, at the Royal Square in Bangkok, Thailand in front of a 75, 000 strong crowd.

Determined to make his countrymen proud again, Yodsanan stalked Pearson fearlessly right from the start, landing beautiful counter combinations and powerful right hooks. As the fight drew deeper into the later rounds, Yodsanan started to go to work on Pearson’s body, hoping to cut off the American’s movement. In the ninth round, Yodsanan finally managed to land a crushing right hook to the body of Pearson, sending him to the mats reeling in pain and ending the fight.

Yodsanan was truly a force to be reckoned with in the boxing ring. He will forever be remembered as one of the hardest hitters in boxing history. Today, he shares his knowledge alongside other legends as part of Asia’s most decorated instructor team at Evolve MMA.