What Happened To Them? 5 Incredible Boxers Who Fell Off The Map 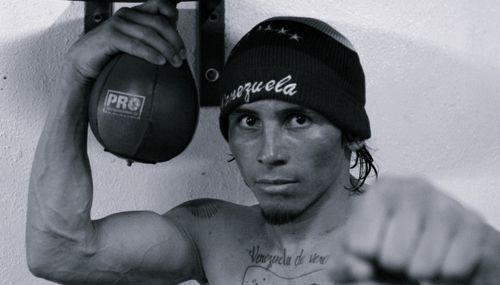 Some fighters are destined for greatness. For the professional boxers on this list, their light of potential shined very early in their careers. But for reasons uncontrollable, they were never able to live up to what was expected of them.

They lit up the box office. Fans heard of their rise to fame. They built cult followings and rabid fanbases. But along the way, at a given point in their careers, something happened that tipped the tide and brought them from the top of the world, to rock bottom.

Their fall from grace has been well-publicized. However, in some cases, they just simply fizzled out, never to be heard from again. These men are boxing’s biggest disappearing acts — once proud prizefighters who were at the top of their game and then faded into the shadows.

Whatever happened to these powerful pugilists? Let’s take a look at some of their careers and how they disappeared from the public eye.

Known as “The Galaxxy Warrior”, Nate Campbell was once one of the most promising lightweight talents in the mid to late 2000’s. He certainly didn’t have the prettiest of records, but his talent especially when he started to catch fire, built him a solid reputation.

His victory over Mexican-American Juan “Baby Bull” Diaz came surprisingly out of left field. Diaz was unbeaten at the time, and Campbell scored a huge upset, winning by split decision. It’s the one bout that really put Campbell on the map as many people thought Diaz was the best lightweight in the division at the time.

With all the belts in tow, Campbell certainly was due for a step up in competition. However, as soon as he was faced with the elite, Campbell was exposed and was simply never the same.

Losses to Victor Ortiz and Danny Garcia followed shortly after and Campbell hasn’t faced quality opposition since. He was never thought of as an elite fighter ever again. Campbell’s last fight came in 2014.

Edwin Valero may have been one of the most devastating knockout punchers of all time during his prime, but he was also a tortured soul.

Reminiscent of a young Mike Tyson, the Venezuelan Valero quickly built a furious reputation as one of boxing’s hardest punchers. His record speaks for itself — 27 wins and no losses, with all 27 wins coming by knockout.

One by one, each opponent fell, and with relative ease. Foes were mentally defeated before they even stepped into the ring with Valero, fearing his vaunted KO power. One touch from the leather on his gloves could send any man crumbling to the canvas. In fact, featherweight greats like Juan Manuel Marquez, Marco Antonio Barrera, and even Manny Pacquiao himself showed no interest in fighting Valero, avoiding him like the plague.

Only a handful of top contenders dared step foot inside the ring with “El Inca”, and they paid the price dearly.

Valero’s biggest demons, however, had nothing to do with boxing. In 2009, Valero had been arrested on assault charges with a man alleging that the fighter had attacked both his mother and sister over a feud. In 2010, “El Inca” was again accused of assault, this time by his own spouse.

A month later, his wife was found dead after being stabbed three times, and he was sent to prison as the prime suspect. Valero hung himself in his jail cell, effectively ending the career of one of the hardest punchers in the history of the sport.

For the most part, Valuev used his gargantuan size to his advantage and took care of a handful of opponents quite easily early in his career. In fact, Valuev went undefeated, winning his first 46 bouts as a professional. But when he finally faced guys with an intention to beat him, Valuev was quickly outclassed at every opportunity.

His fall from grace started when Valuev surrendered his WBA heavyweight title to the smaller Ruslan Chagaev. Later on, Valuev took on the legendary Evander Holyfield and would have lost the title he held at the time, if not for the shady judges who officiated the contest, awarding Valuev with a majority decision that he did not deserve.

In November 2009, Valuev crumbled at the hands of David Haye and he was never heard from again since. He finished his career with a professional record of 50-2, 1NC.

Samuel Peter, also known as the “Nigerian Nightmare” was a powerful, broad-shouldered African giant who commanded the ring much like great heavyweight Mike Tyson. For a while, it seemed as if Peter was able to live up to the billing.

He sent heavyweight legend Wladimir Klitschko to the canvas three times, albeit with the match ending in a close decision loss. Because of this, Peter certainly impressed and many fans viewed him as a rising star.

Peter captured the WBC title six bouts later with a win over Oleg Maskaev and earned a shot at Wladimir’s older brother Vitali seven months later. The “Nigerian Nightmare” was supposed to do to Vitali what he did to Wlad, but things didn’t turn out the way he planned.

The older and more experienced Klitschko schooled Peter en-route to an 8th round finish at the O2 World Arena in Berlin, Germany. Later on, 200-pound behemoth Eddie Chambers decisioned Peter in Los Angeles. And finally, Wladimir got his revenge with a 10-round domination of Peter in 2010, winning by knockout.

Robert Helenius knocked Peter out for the last time in 2011 before the Nigerian called it a career. He retired after that but recently resurfaced in 2016. However, Peter is clearly not the same boxer he once was and fans don’t follow his career like they once did.

Zou Shiming — China’s greatest boxing hope —  was an amazing Olympic boxer. His game — to use his technical skills and outsmart his opponents — was built perfectly for the amateur level. But he lacked the pop in his fists that he needed to be successful as a professional.

A lot of hype surrounded Shiming when he made his professional debut in 2013. He was, after all, China’s most successful boxer of all time. During his amateur days, Shiming captured the Olympic gold medal an unheralded three consecutive times, along with multiple other accolades in various global competitions. This was certainly impressive and really put the spotlight on Shiming as he made his pro debut.

Just six bouts into Shiming’s professional career, Bob Arum, who was his promoter at the time with Top Rank, gave the Chinese hero a world title shot. Shiming lost to Amnat Ruenroeng, missing out on the IBF World Flyweight Title. He dropped a 12-round unanimous decision and suffered the first loss of his career.

Shiming would continue to fight on, but the luster had obviously faded. After losing to Sho Kimura in 2017, Shiming announced his retirement.