We offer programs for complete beginners (who have never done any type of exercise at all) to advanced competitors (who want to raise the level of their game). All age groups, genders, skill levels, and fitness levels are welcome. Evolve has the highest standards of excellence and you can expect the highest quality martial arts instruction available anywhere in the world. Each course at Evolve has been carefully developed in order to maximize your learning in the least amount of time. 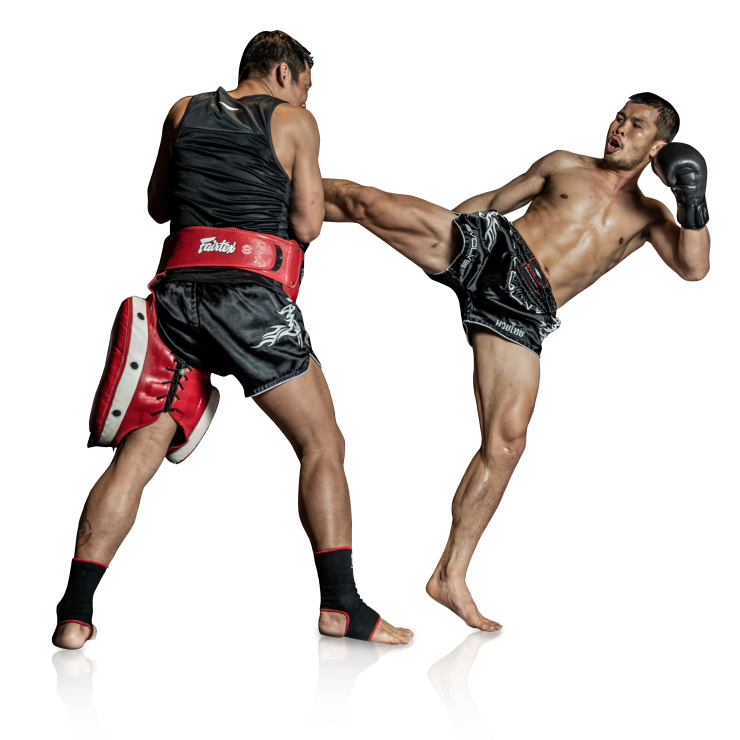 Muay Thai is one of the most powerful and effective martial arts in the world.

Muay Thai is one of the most powerful and effective martial arts in the world. Muay Thai is an ancient martial art of Thailand developed over thousands of years, known for its tremendous power, maximum efficiency, and raw simplicity. Muay Thai utilizes a beautiful symphony of kicks, punches, knees, and elbows with fluidity and grace. Muay Thai is often referred to as the “Art of Eight Limbs”. 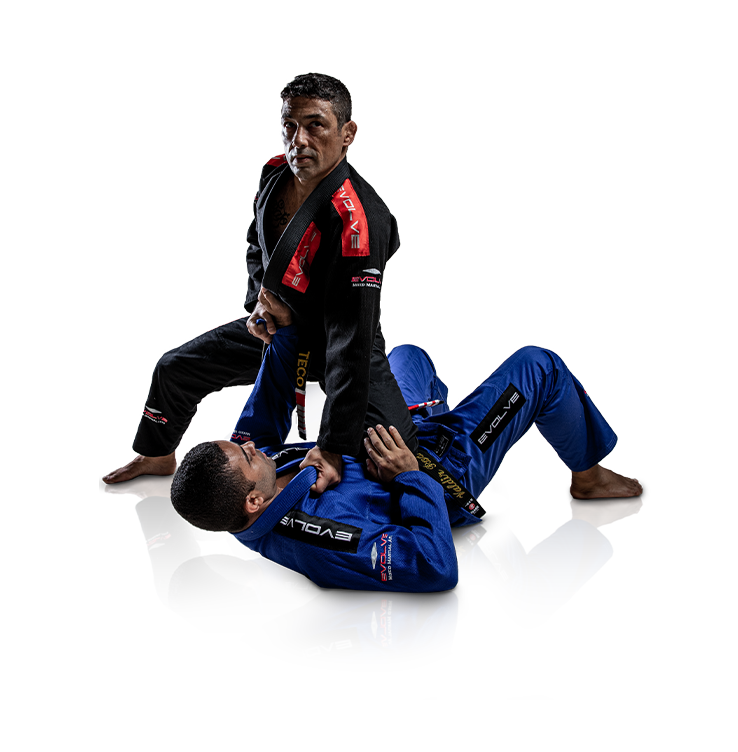 Brazilian Jiu-Jitsu is one of the most potent fighting systems on the planet.

Brazilian Jiu-Jitsu (BJJ) is one of the most potent, real-life fighting systems on the planet. It is a ground fighting martial art based on the simple premise that 95% of street fights end up on the ground. BJJ is a grappling-based martial art, utilizing controlling positions, joint locks, and chokes. 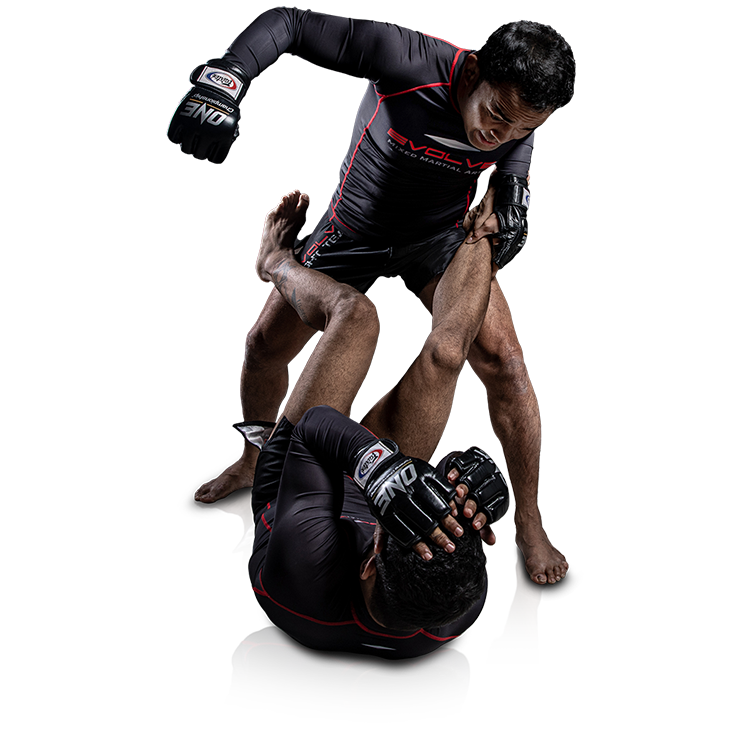 Mixed Martial Arts is a combination of the most effective martial arts.

Mixed Martial Arts (MMA), the fastest growing sport in the world, is a dynamic combination of the world’s most effective martial arts. Fans around the world have been able to witness world-class professional martial arts athletes compete against one another in major events such as the UFC, ONE Championship, Bellator, and others. In the battleground of the MMA cage, the most effective martial arts have risen to the top, namely Muay Thai, Brazilian Jiu-Jitsu, Wrestling, and Boxing. Based on empirical evidence, most experts agree that a combination of Muay Thai, Brazilian Jiu-Jitsu, Wrestling, and Boxing creates the perfect skill set for the reality of professional fighting in the sport of Mixed Martial Arts (MMA). 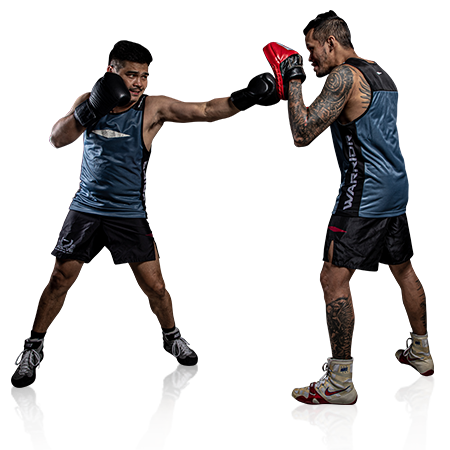 Boxing is one of the oldest and most efficient martial arts. Utilizing punches, footwork, and head movement, boxing is the sweet science of hitting without getting hit. Through proper body mechanics, boxing is as efficient as it is smooth in generating powerful punches and beautiful evasive defense. 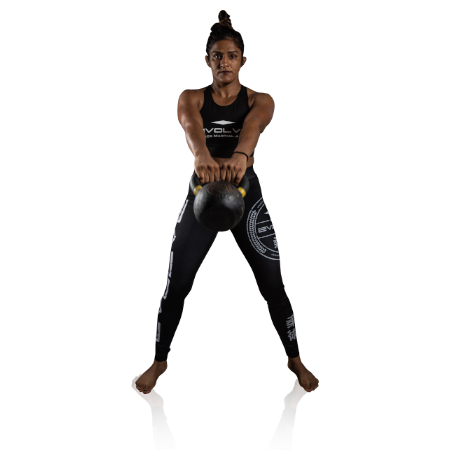 WarriorFit is about good health and fitness.

WarriorFit is about good health and fitness. It is about shedding unwanted weight, losing fat, getting toned, and improving your cardiovascular health. Based on the intensive training programs of professional athletes and fighters from around the world, the WarriorFit Program is a non-contact circuit training program designed to get the average person into incredible shape and health. Many elements are taken directly from the training program of the Evolve Fight Team, Asia’s most decorated professional fighting team. 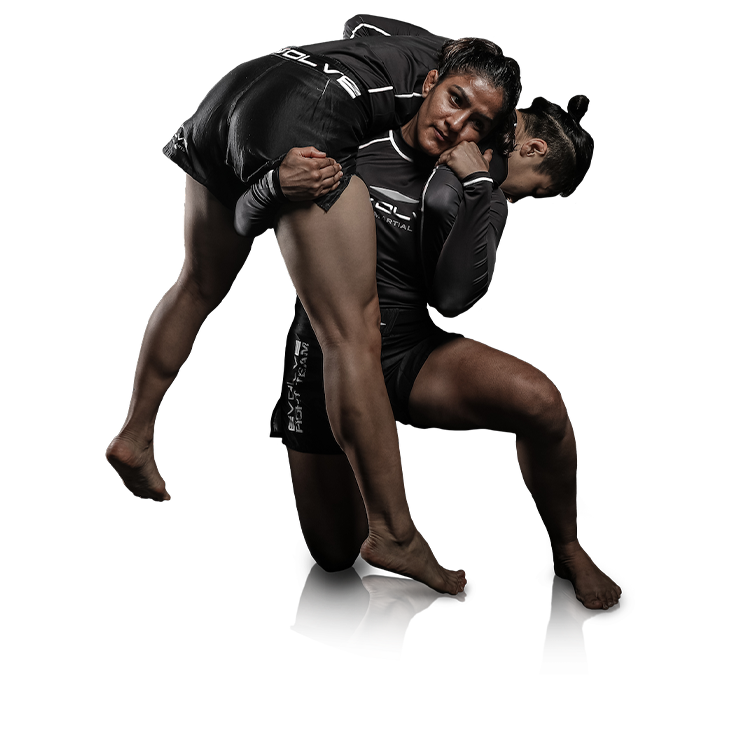 Wrestling is one of the oldest sports in history.

Wrestling is one of the oldest sports in history, dating back to the first Olympic Games. Wrestling is a combat art based on leverage, strong balance, explosive power, and intricate finesse with the intention of taking down and controlling an opponent. In MMA, it is often viewed as a critical part of the transition game between stand-up striking and grappling on the ground. Without a doubt, wrestling is a critical skill for any aspiring mixed martial artist. 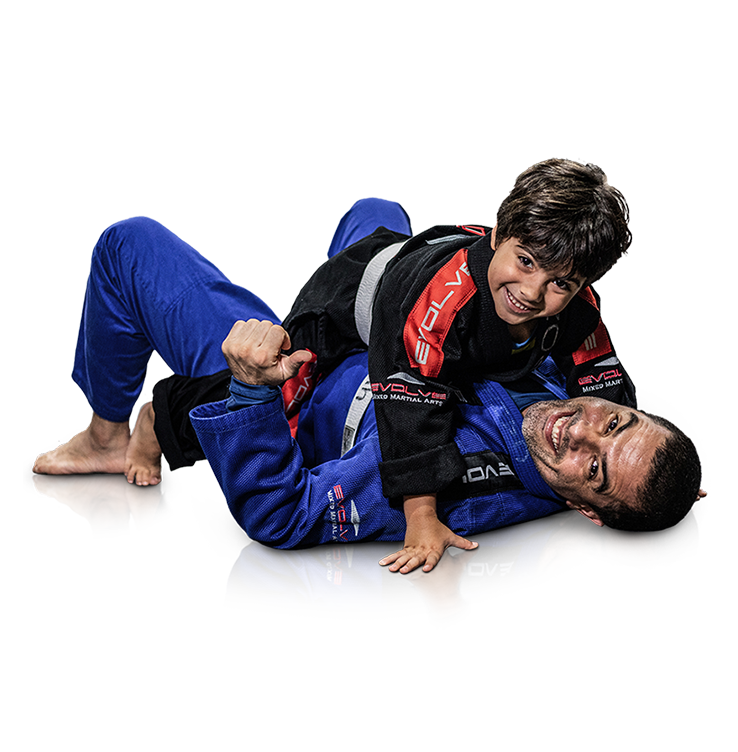 Martial arts are an excellent way for children to learn critical life skills.

History has shown that martial arts can be an excellent teacher for children to learn life skills such as discipline, mental strength, focus, hard work, integrity, confidence, teamwork, and more. Ultimately, the martial arts are about continuous self-improvement physically, mentally, emotionally, and spiritually. 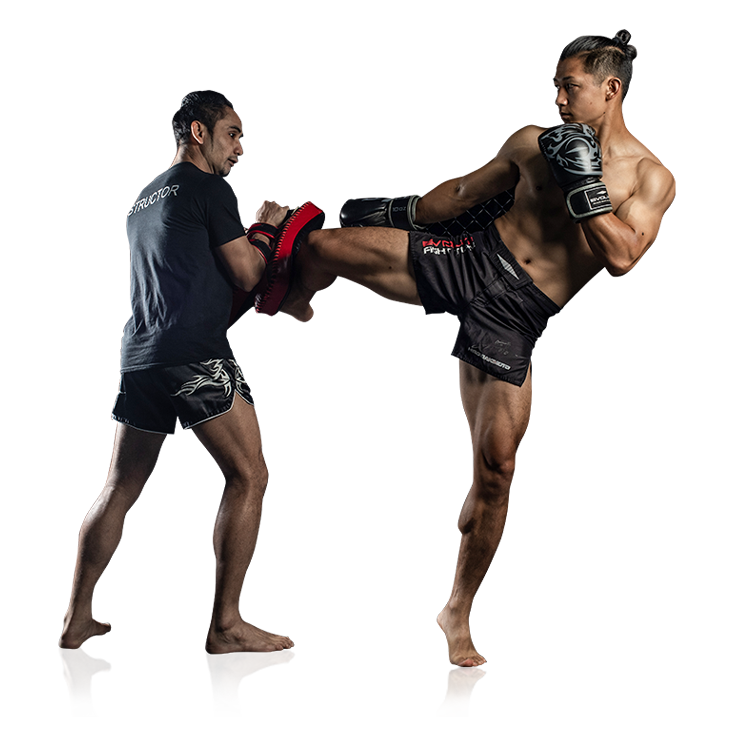 Kickboxing is one of the world's most effective striking disciplines.

Kickboxing is generally used as an all-encompassing term to describe the disciplines of martial arts that focus on stand-up striking including punches, kicks, knees, and elbows. It is a term that can be used broadly to describe all forms of stand-up combat sports or in a very specific sense to describe disciplines such as Muay Thai, K-1 Kickboxing, Dutch-style Kickboxing, Savate, Sanda, and many other regional variations of striking based martial arts. Globally, there are a large variety of kickboxing organizations that follow varying rule sets and represent a hybrid of many different styles. Historically, it is believed that the term kickboxing was derived from Muay Thai, Western Boxing, and Karate. 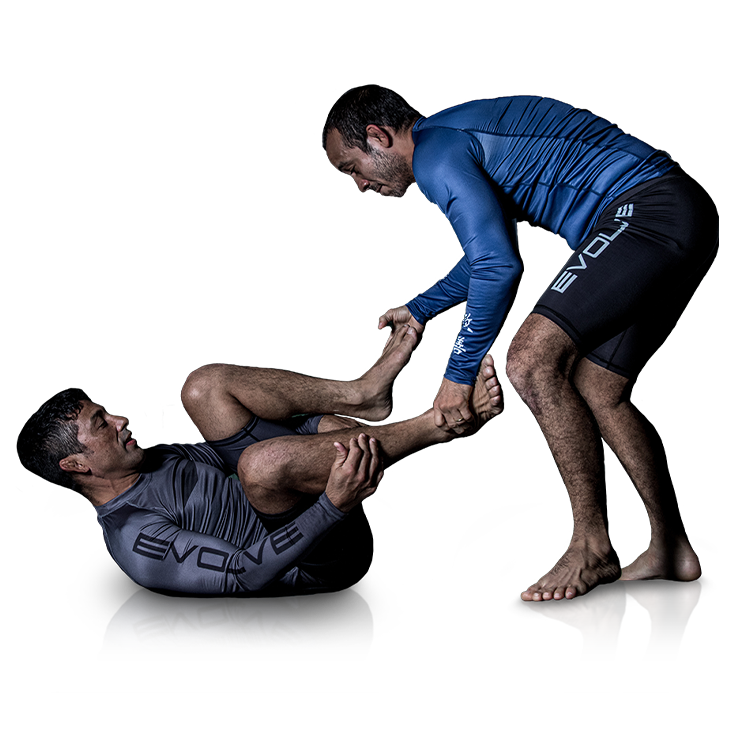 Knowledge of self-defense can often mean the difference between life and death. 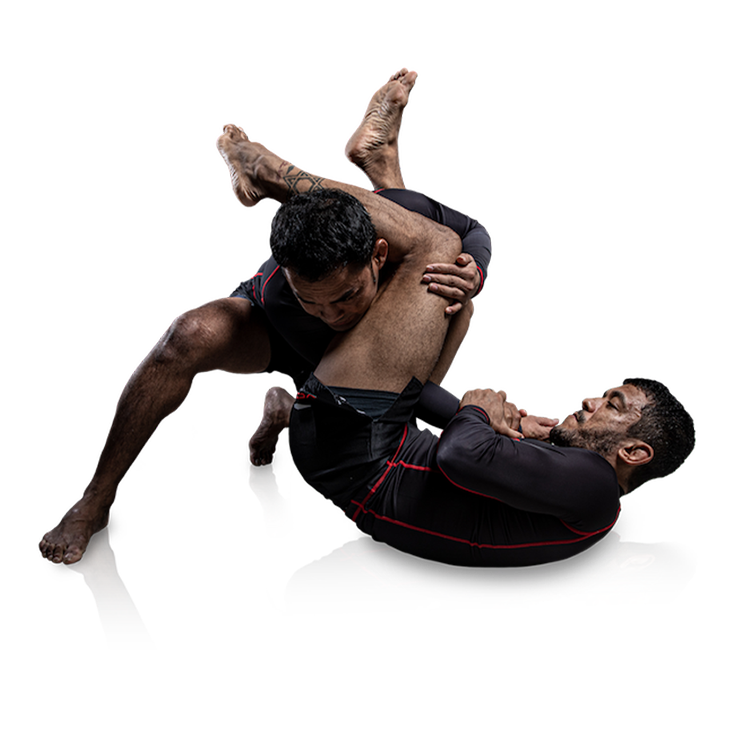 Submission Grappling is the speed chess of martial arts

Submission Grappling is the ground-fighting martial art focused on joint locks, chokes, and positions. It is the science of using leverage, human body mechanics, balance, and technique to create favorable situations against a live opponent. 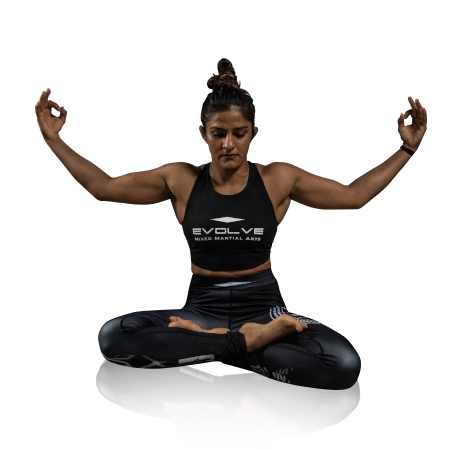 Yoga is an ancient physical and mental discipline from India

Yoga is an ancient physical and mental discipline from India with thousands of years of history. It is a holistic art focused on breathing, movement, relaxation, and meditation to improve the mind, body, and spirit. Learn 1-on-1 under the guidance of a World Champion. 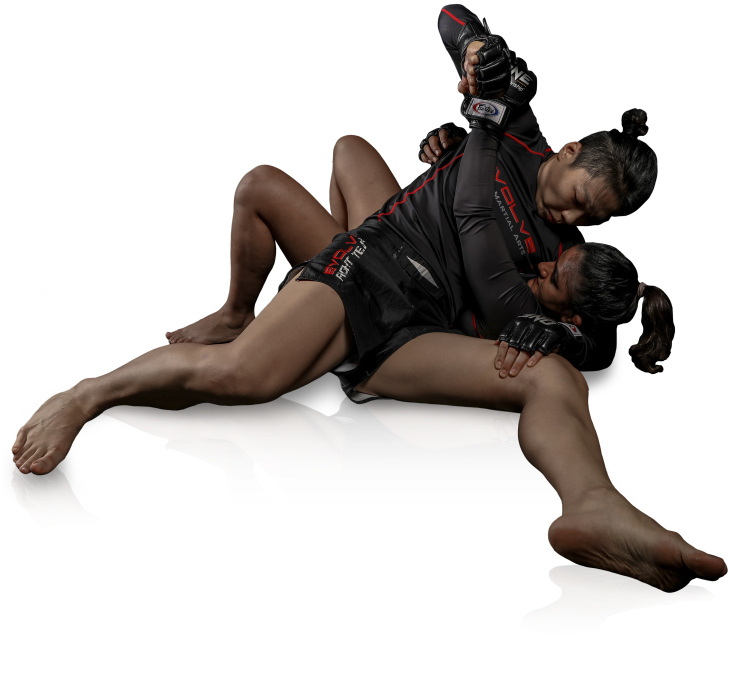 Professional fighters are some of the toughest athletes in the world.

Professional fighters are some of the toughest athletes in the world. They constantly push the boundaries of human limits – mentally, physically, emotionally, spiritually. Without top coaches, cutting edge knowledge, world-class training, winning methodologies, and state-of-the-art facilities, it is almost impossible for a professional fighter to reach his/her potential. To be the best professional fighter in the world, he/she needs to be surrounded by the best of everything. 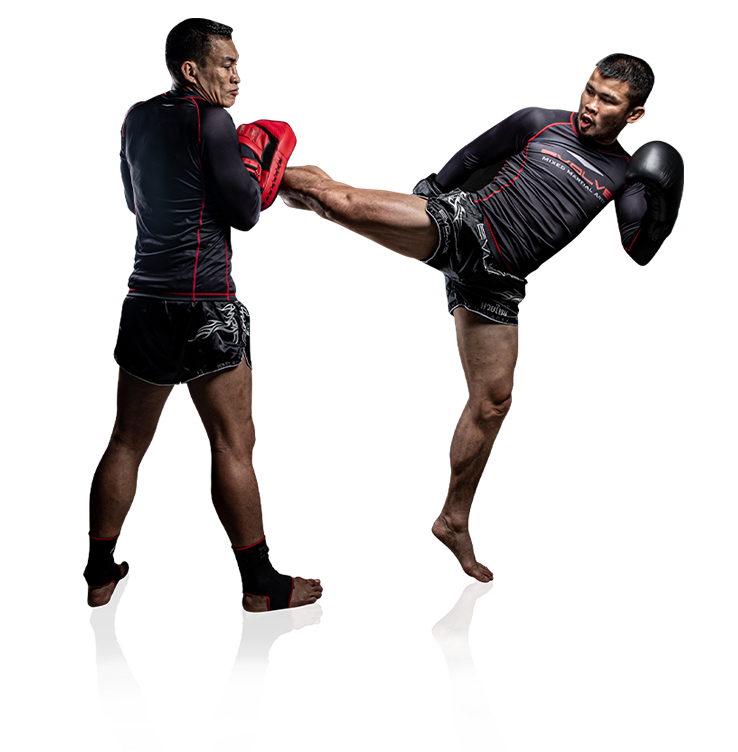 Become World Champions in the workplace

At Evolve Mixed Martial Arts, we believe that a healthy workplace equals a healthy business. Through our very diverse range of martial arts and fitness programs, we aim to help people achieve greatness in all aspects of their lives. Help your employees achieve good health, fitness, mental strength, confidence, and a balanced life, and you will reap the benefits of increased employee productivity and enhanced profitability. Consider it an investment in your most valuable asset, your employees. Train with the best to become the best that you can be.

The Evolve Vacation Program offers travelers the rare opportunity to train alongside many of the top professional athletes in Asian MMA today. Sign up now for the Evolve Vacation Program and immerse yourself in world-class mixed martial arts instruction at Asia’s top martial arts organization, Evolve Mixed Martial Arts. In between training sessions, you can explore the beautiful sights and sounds of the tropical island of Singapore. 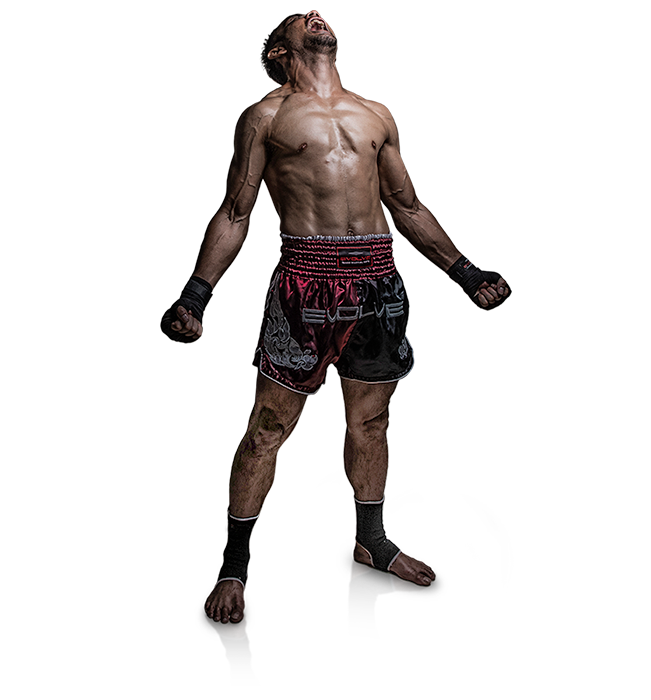 In order to help you get your diet on track, we are now offering the Evolve Warrior Nutrition Plan. Based on the performance-based diets of Asia’s most decorated professional fight team, the Evolve Fight Team, the Evolve Warrior Nutrition Plan is designed specifically to help you to become the best version of yourself possible. Through this program, you will have the opportunity to sit down with one of our Health and Nutrition experts and develop a customized nutrition plan. You will look more incredible, feel more amazing, and live more fully. Our plans offer solutions to almost any health issue from weight loss to high blood pressure to nagging injuries or simply a desire to get more out of life. The plan will also improve athletic performance through the ability to train harder and recover quicker.