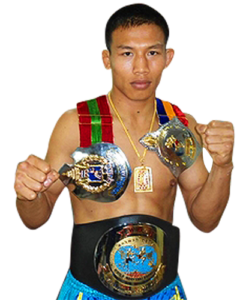 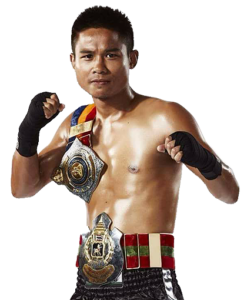 Petmuangchon Por Suantong is an Instructor at Evolve Mixed Martial Arts in Singapore. He is a 2x Rajadamnern Muay Thai World Champion, Omnoi Stadium Muay Thai Champion, S-1 Muay Thai Champion, Sports Authority of Thailand Muay Thai Fighter of the Year, and more. Known for his well-rounded, technical style, he has fought some of the greatest Muay Thai legends such as Puenkon Tor Surat, Kiewpayak Jitmuangnon, and Petsupan Por Daorungruang, among others. His favorite technique is his right roundhouse kick. Fighting since the age of 9, he has over 300 professional Muay Thai fights.

Petmuangchon is originally from Thailand.