The Miyao Brothers Are Setting Trends In BJJ Again, Here’s What You Need To Know 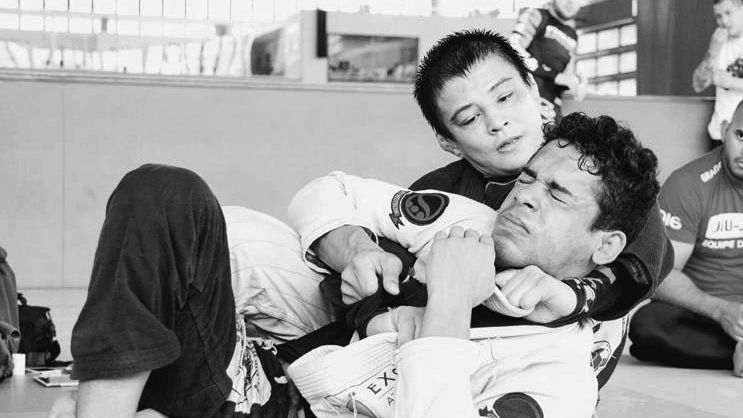 The Miyao brothers have an outstanding record of evolving, revitalizing, and even defining particular techniques, tactics, and strategies in Brazilian Jiu-Jitsu competition – and they’re still doing it in 2018.

In an environment in which it seems everyone is compelled to follow the lead of what is trending in Brazilian Jiu-Jitsu right now – think leg locks, for example – the Miyao brothers ignore trends in favor of specializing in techniques that other Brazilian Jiu-Jitsu athletes aren’t prepared for.

For example, the Berimbolo was never a prominent feature in world-class competitions, but the Miyao brothers were committed to mastering the technique and implementing their outstanding back-taking methods against some of the best practitioners from around the world. This doesn’t happen overnight. In many ways, techniques with such a high degree of difficulty, like the Berimbolo, can only be executed by those who have dedicated their lives to Brazilian Jiu-Jitsu, and there’s no better example of that than Paulo and Joao Miyao.

These brothers are renowned for their intense training regimes and devotion to the martial art. Anyone who knows a thing or two about competition Brazilian Jiu-Jitsu knows the stories of how the Miyao brothers lived and slept at their gym just so that they could train three times per day, six days per week.

Their passion for Brazilian Jiu-Jitsu, combined with an eagerness for competition, has led the Miyao brothers down an entirely new journey in recent years. Rather than ignoring guard passing, the two are executing extremely effective pressure passing techniques against top-level guys. Again, for two young athletes who had previously shown a tendency to rely on one linear path to victory (De La Riva Guard to the Berimbolo to the back and then submission), they have evolved their game once again to gain an edge over the competition.

But first, we’re going to explain how the Miyao brothers are once again evolving the most effective tactics in Brazilian Jiu-Jitsu, and why learning from these two revolutionary figures is a bucket-list item for anyone who is serious about BJJ!

Let’s start by kicking it back a few years to the Copa Novo Leblon tournament in Barra da Tijuca, Rio, in December 2011. Fortunately, there’s a brilliant video (posted above) that gives us some quick insight into the techniques that the Miyao brothers were using then.

The first thing you’ll notice is that if you skip to any point in that video, it’s more than likely you’ll find one of the brothers upside-down. While this was a point of criticism for Paulo and Joao – as some purists believed it represented everything ‘wrong’ with Brazilian Jiu-Jitsu – the brothers ignored critique and continued to utilize their dominant techniques. See, many people believed that the athletes should be attempting to take their opponent down, pass their guard, gain top position, and finish with a submission. The Miyao brothers didn’t care for takedowns (and still don’t, really), and would prefer to scoot toward their opponent before entangling their legs. Again, the Miyao brothers aren’t in this sport to look the flashiest or even impress the fans, they’re competing to win and they have worked tirelessly to develop winning strategies.

The Miyao brothers certainly injected some new energy into the Berimbolo. They chose to ignore tiring guard passing battles and instead executed their brilliant way to transfer to the back of their opponent and gain one of the most dominant positions all while bypassing the legs with ease.

Let’s skip ahead a few years and take a look at Joao Miyao vs. Garry Tonon II in August 2015. This was a No-Gi contest scheduled at Five Grappling Super League, and it proved to be another exciting competition between two elite grapplers.

Firstly, we highly recommend that you sit back and watch Miyao and Tonon engage in what turned out to be a fast-paced contest.

Joao Miyao used all of his typical attacks. He used the Berimbolo to access Tonon’s back in impressive style early in the contest. Later on, Miyao used the Berimbolo yet again, but Tonon denied the back and then the mount in the transition! Throughout the match, Tonon had Miyao in all sorts of trouble with multiple heel hook attempts and other leg locks. And at the end of it all, Tonon came out as the victor.

So, why are we featuring a competition in which Joao Miyao was defeated?

This match was more than just two individuals competing against each other. For Joao Miyao, it was a realization that many of the high-level competitors out there during this time are hunting the legs and attempting to secure heel hook finishes – see the rise of the Danaher Death Squad!

It seems like everyone is leg locking now. Now, to beat the best, you NEED to have a complete understanding of how to shut down the leg locking strategies of your opponent.

The Miyao brothers have added a crucial element to their style in recent years – pressure passing.

Remember, it wasn’t all that long ago when these brothers weren’t passing guard and were instead opting to teleport to the back using the Berimbolo. The two brothers who were once regarded for having just one trick up their sleeve have now added another incredible weapon to their arsenal. They’re arguably some of the better pressure passers in the world right now.

In particular, the Miyao brothers have been using a body lock while pressure passing, helping to smash their opponent, flatten their hips and back, and cruise past their legs before accessing a dominant position in either side control, mount, or the back.

The benefit of pressure passing in 2018? It nullifies the leg locking game.

If there has ever been a tried and tested way to ruin a leg lockers day completely, it’s by implementing pressure passing techniques to control their legs and hips.

For reference, watch this video by BJJ Scout for a detailed understanding of how the Miyao brothers are shutting down leg lockers with the body lock pressure pass.

By now, you are surely beginning to see how the Miyao brothers are not just following trends in Brazilian Jiu-Jitsu, but they’re creating their own pathways and using them to defeat world-class opponents from all over the world.

Here’s your golden opportunity to learn from these two brilliant technicians in Singapore.