One of the most famous quotes in BJJ that came from grandmaster Helio Gracie is – for chokes, there are no tough guys. The safest way to defeat an opponent in grappling and fighting is to get behind and strangle them.

Like what John Danaher said, within the realm of submissions, it is preferable to go for a strangle instead of joint locks. In this article, we will talk about the three necktie chokes in BJJ that are easy to perform yet can choke opponents relatively bigger than you.

What Are Necktie Chokes In BJJ?

Necktie chokes in BJJ are like the arm-in chokes applied in the front headlock position. The difference lies between the positioning of the grips and the body. They are versatile techniques that can be used to transition to other submissions. This inherent feature limits the options of the opponent to escape.

When done correctly, necktie chokes are powerful submissions, especially when done with gi. The body acts as a wedge against the opponent’s head in necktie chokes. This then leads to the eventual strangle.

Like other chokes, the necktie chokes restrict the blood supply to the brain by constricting the carotid arteries in the neck. Necktie chokes can be dangerous submissions to apply because it places the head towards a side. This can lead to spine and neck injuries.

That being said, necktie chokes are legal, and cranking is more of a side effect of the choke. Keep in mind to drill the necktie chokes in a controlled manner to prevent injury. Below are the three necktie chokes you may add to your arsenal.

How To Do A Peruvian Necktie!

WATCH: How To Do A Peruvian Necktie!

In this video, reigning ONE Women’s Atomweight World Champion Angela Lee from the Evolve Fight Team demonstrates how to perform the peruvian necktie. The technique starts from the over-under position. Apply a front headlock by placing one of your arms beside and under the neck of the opponent, as you reach for an underhook with your other arm. Connect your hands using and establish the gable grip. The choking hand (the arm beside the neck) should be placed on top while the other goes on the bottom.

Next is to let your head slip by putting your upper body all the way up, creating chest to back connection. Hop up using both legs and throw your right leg on the side of the choking arm, with your other leg placed behind the opponent’s neck.

Initially, your left knee goes behind the opponent to prevent them from immediately rolling out as you swivel your leg all the way to the opponent’s right side. Finish the choke by squeezing your arms, flexing your choking wrist towards you as the right leg kicks out.

If the d’Arce choke is one of your favorite techniques, the Japanese necktie might be a great addition to your arsenal. This is an excellent option because it does not require long limbs to set up the choke. It is also very similar to the d’Arce in terms of execution. In this video, Lachlan Giles demonstrates the Japanese necktie from half guard.

From this position, drive the opponent down to the mat towards the left side as you drop your weight on the head to lock it in. Feed your right hand through while trapping the opponent’s top arm below their chin until it reaches behind the neck. Use your left elbow to add more force. Add pressure and keep the opponent’s head bent as you interlock your arms.

Slide your left elbow back until your left forearm reaches the back of their neck to turn their head enough until you can reach your stomach. Finish the choke by leaning your body over the top while leaning your chest and belly to the ground as you grab the opponent’s leg. Use both legs to tighten the choke.

The Chilean necktie is a gi choke that is applied using the lapel. It is like the bow and arrow choke, but you will use your own lapel instead of grabbing the opponent’s collar as the choking material. This choke is best applied when the opponent turns away from you or performs the “telephone” by putting both hands on their face to defend submissions.

To start, assume that you are in top side control and the opponent faces the opposite side. Use your far lapel and feed it under the top hand of the opponent, all the way to your other hand that’s placed near their bottom neck.

Imagine grabbing the opponent’s collar in a bow and arrow choke style grip, but instead of their collar, you will use your own far lapel. Grab the lapel and place the bony part of the wrist on their neck. Likewise, pull the opponent back until you are perpendicular to them as you grab their pants. Your leg should be placed across their body, and use your ankle to push against their face.

Chokes are the safest and most effective way to submit opponents of any size. The amazing thing about chokes is that its power is amplified when you train in the gi. Chokes are highly versatile and can be applied from almost any position. We encourage you to explore these necktie chokes, and feel free to add them to your game. 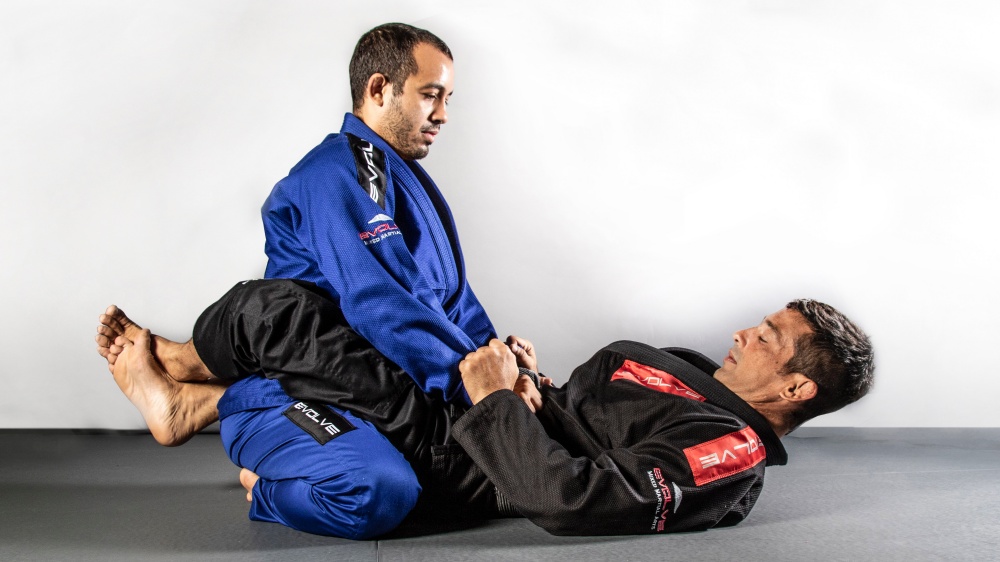 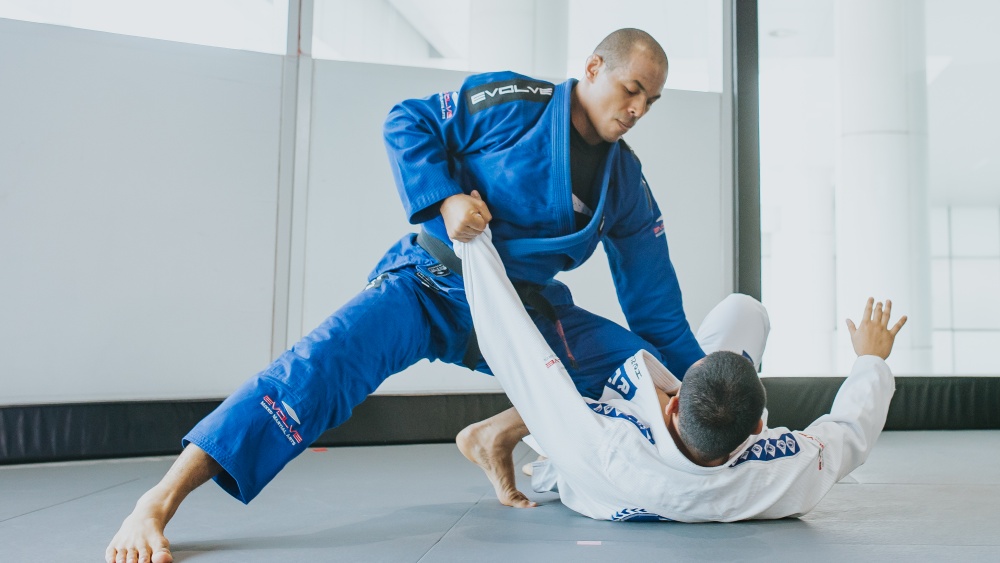 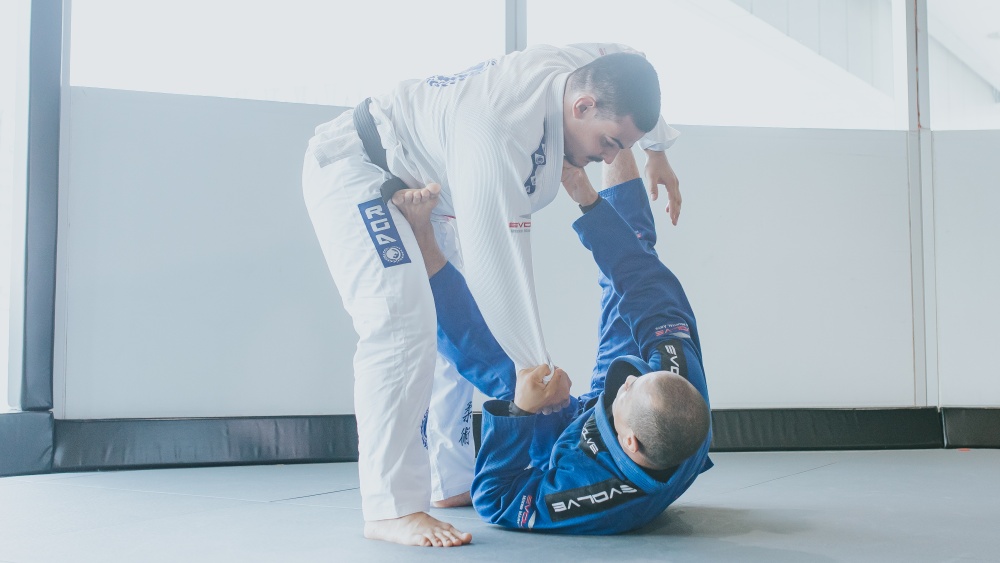 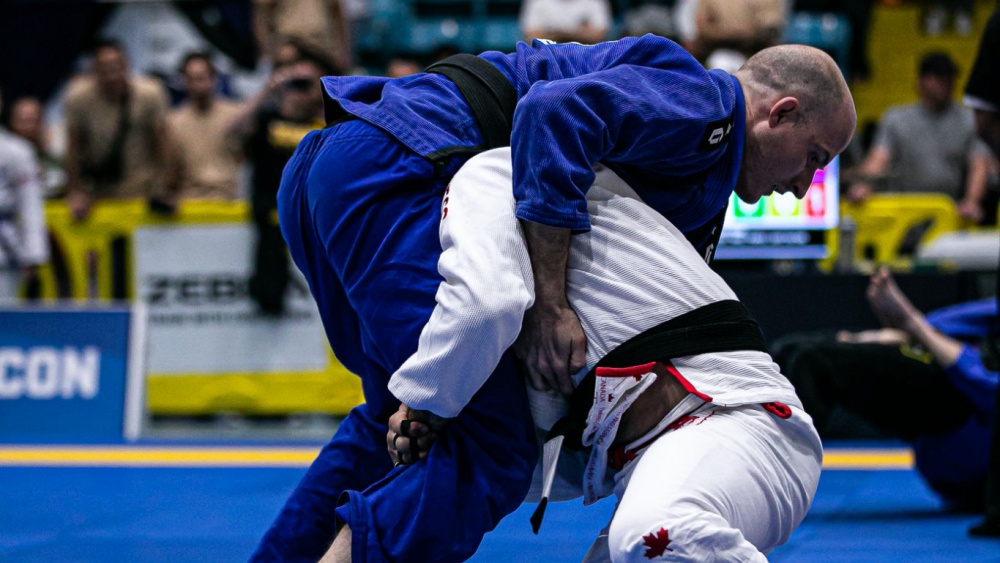