September was an amazing month for Evolve MMA! Alongside the world’s largest collection of World Champions, our students and instructors showed exactly why Evolve MMA is Asia’s best destination for martial arts – they unleashed their greatness by becoming World Champions and manifesting the warrior spirit within.

Trained by instructors and colleagues who are accomplished World Champions themselves, our students and instructors once again demonstrated, without any doubt, that Evolve MMA is the best place to train in martial arts like boxing, Muay Thai, Brazilian Jiu-Jitsu and more.

Whether it was on the mats or in the ring, our students and instructors defeated their opponents and stood tall as winners. We are proud to celebrate them as martial artists, warriors and winners!

The Evolve MMA warrior spirit was displayed in our BJJ competitors as they dominated their opponents on the mats! One of our latest additions to the Evolve MMA BJJ Instructor Team, three-time no-gi BJJ World Champion Henrique Almeida, took part in the Singapore International Open 2022 on 18 September and took the gold in the Super Fight No. 2 bracket on points, beating out Alexsandro Machado. Success on the BJJ mats was also enjoyed by our BJJ students. They did not hesitate to demonstrate their strategic knowledge of BJJ techniques during one of the largest global events in competitive BJJ. The Evolve MMA BJJ Competition Team, led by BJJ World Champion Teco Shinzato, traveled to Las Vegas for the prestigious IBJJF World Masters Championship 2022 and put on show after show of BJJ mastery. 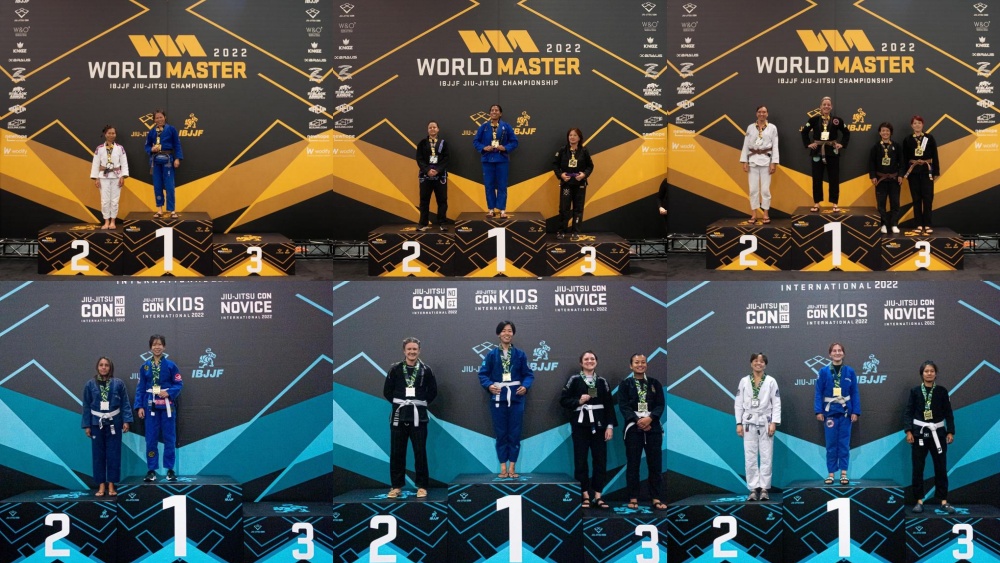 Even with a relative lack of training experience compared to their peers with colored belts, our BJJ white belts displayed just why they were a force to be reckoned with at the international level. 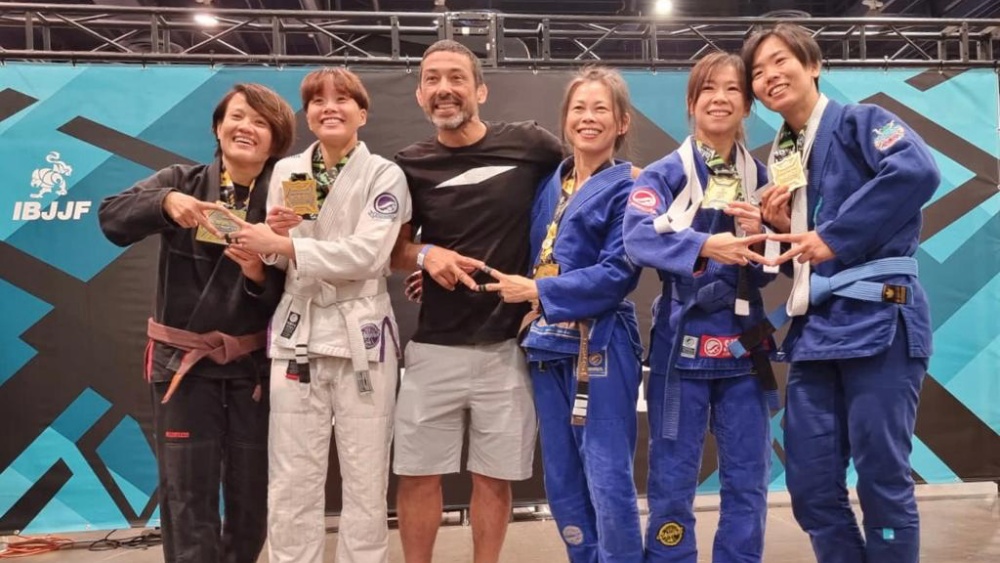 With many of these international BJJ competitions welcoming athletes from all over the globe again, the Evolve MMA BJJ Competition Team has wasted no time in reminding the world that they are the one to beat at the international level bar none. At Evolve MMA, we encourage and support students who are keen on competing in BJJ competitions at all levels, and our continued success on the global stage is a testament to why Evolve MMA is the top choice for anyone keen on learning the gentle art. The Ring Fighting Championship (TRFC) 9 was a boxing tournament hosted by Golden Glove Asia, and it featured three professional boxers and two exhibition fights. TRFC is sanctioned by the Singapore Professional Boxing Competition and all bouts follow the rules and regulations of professional boxing.

Led by WBA Boxing World Champion Drian Francisco, the Evolve MMA Boxing Competition Team took to the ring confidently at TRFC 9 on 16 September 2022, with boxing enthusiasts representing the team. Boris Pozin and Pierre Poth showed just why Evolve MMA is the #1 boxing gym in Singapore for all aspiring boxers.

Standing Atop The Competition In Muay Thai The Nak Muay Challenge is the first Muay Thai competition in Singapore to be officially sanctioned by the International Sport Kickboxing Association (ISKA), and it adopts the ISKA ruleset for all bouts.

Muay Thai is perceived as one of the most effective martial arts for self-defense in the world. Led by the world’s largest collections of Muay Thai World Champions, the Evolve MMA Muay Thai Competition Team reminded the world just why it remains the very best.

The team was represented by Sylviane Sie at the Nak Muay Challenge 7, which was held on 24 September 2022. Sylviane Sie took the gold after a high-octane match.

A New Record For The EVOLVE Fight Team

How could we leave the world-renowned EVOLVE Fight Team off this list?

We are absolutely delighted at Rodrigo Marello’s debut at ONE Championship’s ONE 161 on 29 September 2022 – and what a debut it was! Rodrigo is a no-gi BJJ World Champion and an Instructor at Evolve MMA. With over 10 years of experience, Rodrigo showed the world exactly why he’s one of the most exciting grapplers to watch in the Circle: he took down Ruslan Bagdasarian, a Russian Sambo champion, in just 15 seconds, setting the record for the fastest win in ONE Championship’s submission grappling history!

Both men are World Champions in their respective grappling disciplines and this match showcased Rodrigo’s gameplan in weaponizing his BJJ guard game. Rodrigo pulled guard once the bell rang, before aggressively sweeping Badgasarian and going for an ankle lock. If you blinked and missed the match, here it is again:

We asked Rodrigo about his thoughts in the minutes leading up to this momentous match. Rodrigo replied:

“This match was the biggest opportunity of my fighting career thus far, so it was extremely important for me to perform well. Despite the pressure, I was focused, calm and confident on fight day.

As I was warming up before the match, I was very grateful and happy for the opportunity as I thought about the importance of the fight. I have gone through so much just to get here. I was also thinking about my family and friends who were watching and cheering for me.”

Rodrigo also shared some brief thoughts in the short but meaningful walk to the cage under the bright lights and roar of the fans around him, as well as about the match itself and right after it:

“When I was walking to the cage, I was praying and thanking God for everything that I had at the moment. During the match, I focused only on executing the game plan without any mistakes at all. I knew what I had to do, and I entered the cage and completed my mission. After the match, the first thing I wanted to do was call my parents and brother and to share my victory with them.”

As a fighter, Rodrigo is just the latest example of why the EVOLVE Fight Team is celebrated by martial arts fans across the world. Their dedication and commitment to excellence is the foundation of its success. As an instructor at Evolve MMA, Rodrigo is part of a long line of World Champions who constantly seek to help their students realize their full potential as warriors in and out of martial arts.

Everyone – the World Champion instructors and staff alike – at Evolve MMA is your partner as you embark on a journey of self-discovery to surpass your limits and ultimately, unleash your greatness. If these stories of our students and instructors have inspired you to explore BJJ, Muay Boxing, or Muay Thai, visit us for a complimentary intro class with our World Champions!