Here Is How Tyron Woodley Could Have Beaten Stephen Thompson Easily A rematch in MMA is always a tricky affair. Fighters learn a lot about each other after going toe-to-toe in the cage, especially if the fight goes the distance. The first meeting between Tyron Woodley and Stephen “Wonderboy” Thompson at UFC 205 was a hard fought back and forth battle that ended with the champion retaining his belt by way of a draw.

Naturally, after such an intense fight, fighters often change their game plan and approach in the rematch. They go back into the gym to dissect the fight and find a way to have more success the second time around. Woodley and Thompson’s rematch at UFC 209 was a tense and tight fight. Even though Woodley managed to come out with the victory, he could have done so much easier than he did.

1) If he went for leg kicks early

The first thing that Woodley should have done, that would have enabled him to beat Thompson easily, is throw leg kicks early on in the fight. As a movement based fighter, Thompson’s game involves lots of darting in and out. This explosive movement allows him to blitz his opponent with ferocious strikes and counter effectively moving backwards.

If Woodley would have started throwing and landing leg kicks from the beginning of the fight, Thompson’s movement would have deteriorated as the damage piled up. Without his explosive movement, Thompson’s offense would have been nowhere near as dangerous. Also, since Thompson has a very bladed Karate style stance with his lead foot turned in, it is very difficult for him to check kicks. This would have been easy pickings for Woodley.

2) If he went for takedowns more aggressively As a two-time NCAA Division 1 Wrestling All-American, Woodley’s Wrestling ability is one of his biggest assets. Compounding this with the fact that Thompson comes from a striking background, Woodley has a big advantage on the ground. What would have brought Woodley more success is if he went for takedowns more aggressively.

It was surprising to see that even with all the years of Wrestling experience Woodley did not shoot for more takedowns. The only real time that he did, he was able to get Thompson to the ground and punished him with some ferocious ground and pound. Dragging Thompson into his realm would have made Woodley’s life much easier and helped him secure the win more effectively.

3) If he moved forward and put Thompson against the cage

Throughout his career, Thompson has been most effective when operating in open space. Having space in the middle of the octagon allows him to move freely and pull off his highlight reel knockouts. From the get-go in this fight, it was clear that Thompson was looking to unleash a step back counter if Woodley launched in at the wrong time. With his ability to strike well off his back foot, being able to move backwards in this manner is important to Thompson’s game.

If Woodley put more pressure on Thompson and moved forward in the correct manner, he could have put Thompson up against the cage. With Thompson in this tight space, Woodley would have negated much of his offensive threats. Also, there wouldn’t be much space for Thompson to escape Woodley’s dangerous right hand. 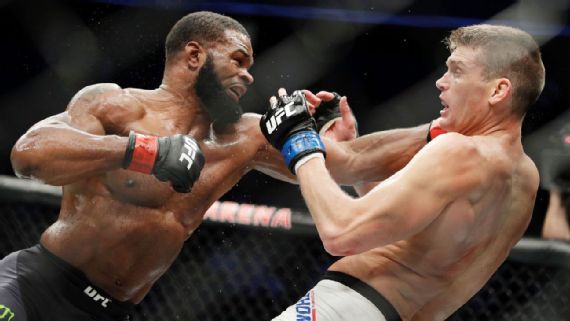 Woodley became the UFC Welterweight Champion when he landed a massive right hand and knocked out Robbie Lawler in the first round of their title fight. As seen by his seven knockout victories, Woodley has the ability to change a fight in an instant with his knockout power. If he would have placed more power shots into both the body and head of Thompson, Woodley would have put his opponent in a bad place and potentially end the fight early.

5) If he took more calculated risks

MMA is a game of knowing what to do when. With the sport having so many different aspects, a fighter has to know how to make decisions on the fly and how those decisions fit within their whole game plan. Woodley could have beaten Thompson easily if he had taken more calculated risks. Throughout the fight, Woodley was far too cautious and hesitant. Compared to the first fight, and other fights of his, he was playing it much safer. If he would have taken more calculated risks, he would have seen bigger rewards that would have secured him the victory more emphatically. When he did take calculated risks, such as going for a finish in the fifth round, he came very close to ending the fight.

In this final round Woodley took the calculated risk to up his aggression and hunted for Thompson’s head. By doing this he was able to connect a firm right hand and send Thompson crashing to the canvas. Thompson was just able to survive Woodley’s attacks before the final bell sounded. If Woodley had taken more of these calculated risks throughout the fight he would have had a more comfortable victory.

By incorporating all of these into his game plan, and executing them correctly, Tyron Woodley’s life would have been much easier in defeating Stephen “Wonderboy” Thompson. Which of these do you think was the most needed? 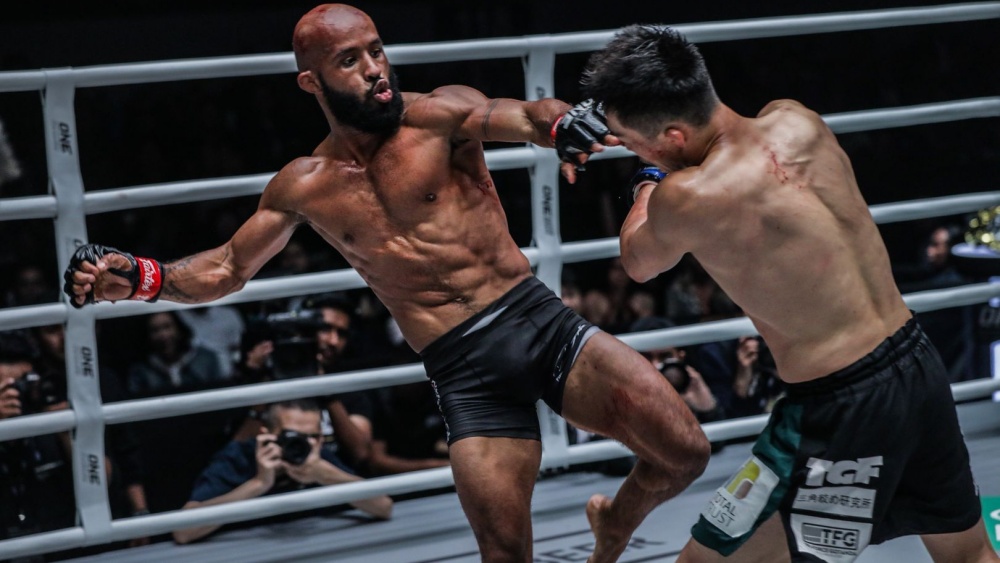