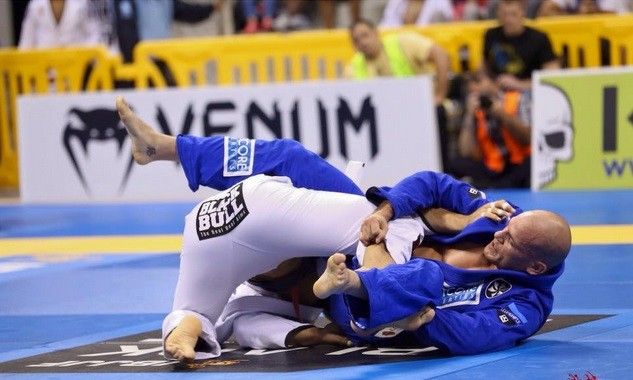 2015 certainly featured some of the most epic battles we’ve ever seen on the BJJ mats. BJJ legends such as Roger Gracie, Bruno Malfacine, Xande Ribeiro, Rafael Mendes, and Rubens “Cobrinha” Charles displayed their technical finesse and prowess on the mats, proving that they remain at the pinnacle of their sport.

Today, Evolve Daily shares The Most Epic BJJ Matches Of 2015:

7x BJJ World Champion Bruno Malfacine and 2x BJJ World Champion Caio Terra, two of the most talented roosterweights in BJJ, battled it out in the 2015 IBJJF Pan Ams. Although Terra tried to use his famously flexible guard against Malfacine, Malfacine’s pressure proved to be too much for Terra. Eventually, Malfacine was able to pass Terra’s guard and finish with a bow and arrow choke.

This would be the 2nd time the two BJJ black belts would meet on the mats. Leandro Lo, a lightweight who has competed in 3 different weight classes, was faced with the equally impressive Keenan Cornelius, a talented black belt with a Jiu-Jitsu Grand Slam record. Both known for their guard games, the competitors put on a show that was truly a rush for the audience. It was a great match that went back and forth, and it was obvious that both were having an equally difficult time passing each other’s guards. In the end, it was Lo who was the more dominant fighter with the most points.

In this much-awaited rematch, Rubens “Cobrinha” Charles was set to avenge his losses against Rafael Mendes. A rivalry that began almost 10 years ago, Cobrinha was eager to redeem himself. Unfortunately, this wasn’t the case. Mendes put on a beautiful display of very technical jiu-jitsu, winning the match with points after passing Cobrinha’s 50/50 guard and establishing back control. Although Cobrinha was able to escape, there was simply not enough time on the clock to recover.

In the absolute women’s division of the Abu Dhabi World Pro, Mackenzie Dern took on 9x BJJ World Champion Gabi Garcia. The minute the two women bumped fists, Mackenzie immediately pulled guard to avoid getting taken down. The much heavier Garcia was relentless with her pressure, making it very difficult for Dern to recover guard. In the end, Dern won the match due to a penalty assessed to Garcia.

In the absolute division of the 2015 IBJJF World Championship, BJJ World Champion and Pan Am Champion Bernardo Faria would encounter the talented Leandro Lo in one of the most exciting BJJ matches to date. With both players known for their signature styles, it was an interesting battle between traditional and new school. Unfortunately for Lo, Farias’ pressure passing proved to be too much, resulting in an armbar finish for Farias.

The epic-ness of this IBJJF Black Belt League Super Fight between two great BJJ legends, Roger Gracie and Rodrigo Comprido Medeiros, is definitely unparalleled. It was classic, early 2000’s BJJ, the days before the berimbolo and the 50/50 guard. It was all about the takedowns and the traditional guards. As if by clockwork, Gracie closed his guard the minute he got taken down and improved his position progressively into an overwhelming s-mount to finish with an armbar.

Many people expected to see Xande Ribeiro’s famous top game pitted against Lucas Leite’s equally famous half guard. The strategic genius of Ribeiro was evident as he reversed the expected roles by forcing Leite to play top game instead. This resulted in 4 points for Ribeiro and 2 for Leite towards the end of the fight. The climactic point of this fight however, was a partial back take by Leite that lead to a near submission in the final seconds of the match. This took the audience to the edge of their seats, giving them a fight they would never forget.

With this much excitement in 2015, there’s no doubt that BJJ fans all over the world are waiting with bated breath till the next big tournament.

So tell us, which matches were your favorite?

Why Do BJJ Fighters Train In A Gi?

Brazilian Jiu-Jitsu (BJJ) traces its roots back to the traditional martial arts of Japanese Jiu-Jitsu and Judo, both of which make use of the Gi as its official uniform. While various BJJ associations and federations…

Brazilian Jiu-Jitsu is a mainstay of MMA tournaments on the American continent. This is in large part due to the ‘outreach’ efforts of a section of the Gracie family. You may know the Gracie brothers…

The International Brazilian Jiu-Jitsu Federation (IBJJF), Abu Dhabi Combat Club (ADCC), and Eddie Bravo Invitational (EBI) are three of the biggest organizations that host multiple BJJ and grappling events every year. Each has its own…

Breathing exercises are an excellent partner to Brazilian Jiu-Jitsu. BJJ is a unique martial art as it not only is an excellent form of self-defense, its flowy nature can be seen as therapeutic for many…