4 Of The Best Flying Knee Knockouts In MMA History

They take impeccable timing and near-flawless execution to pull off. We’re talking about the flying knee knockout — one of the most thrilling techniques ever seen in the mixed martial arts (MMA) cage.

To execute a perfect flying knee knockout, a fighter has to time his opponent, catching him as he comes in or during a defensive lapse. In any other situation, the flying knee is very easily telegraphed and can be blocked or evaded.

But if it connects, it’s almost guaranteed to end matters quickly. The power it generates can end fights abruptly and in devastating fashion.

The best way to land a flying knee is when an opponent least expects it. The sheer impact and element of surprise should, more often than not, deliver a highlight-reel knockout of epic proportions.

There have been many attempts of flying knees in the past, some successful, some not. But when they do connect, it’s an instant crowd-pleaser. It can turn the lights out on anyone, no matter how rock solid their chin is.

26-year-old Bellator featherweight Tywan “Air” Claxton made his professional mixed martial arts debut in November of 2017, and he couldn’t have made a better first impression.

Just a little over a minute into the first round against John Wayne, Claxton drove his knee into his opponent’s face at the center of the cage and instantly ended the fight. Claxton’s knee connected right on the bridge of Wayne’s nose and the impact turned the lights out with no need for follow-up ground-and-pound.

Even more impressive is just how much air Claxton got in his upward explosion. He’s a tremendous fighter with freakish athleticism. It’s resulted in four knockouts in his career thus far out of five victories.

Although Claxton recently suffered his first career loss earlier this month, there is no doubt he will bounce back. He’s definitely one guy to watch out for.

In his prime, “The Prodigy” BJ Penn was an absolute beast. He was one of the most feared men inside the Octagon and for very good reason. The former UFC lightweight champion had a mean streak about him, and it always translated into some epic performances inside the cage.

At UFC 84 in May of 2008, Penn took on fellow former champion Sean Sherk. At the time, Penn had just come off winning the lightweight belt from Joe Stevenson and was making his first title defense against “The Muscle Shark”.

It was a great scrap from start to finish, but just before the round ended, Penn landed a thudding knee right on the button as he was chasing Sherk across the Octagon. Penn followed up the destruction with a few more fistic bombs for good measure.

Though Sherk was able to hear the final bell, he could not answer the call for round four and Penn had his first successful title defense.

Thiago Alves is a legend in his own right, and when he took on equal legend Matt Hughes in June 2008, it was instant fireworks. Coming into the bout with a hot five-fight win streak, Alves was given a shot against former UFC welterweight champion Matt Hughes.

Hughes was coming off a bad skid wherein he dropped two of his last three bouts to Georges St. Pierre. At the time, Hughes was looking to use his world-class wrestling pedigree to earn a much-needed victory against Alves. Things wouldn’t go according to plan.

Alves detonated a monstrous flying knee on Hughes just one minute into the second round. What made matters worse was the Hughes was trying to duck under, which no doubt amplified the damage.

The win would later go down in history as one of the most exciting knockouts in Thiago Alves’ career. It will, for sure, live on in his highlight reel for many years to come.

Once a two-division ONE World Champion, Martin “The Situ-Asian” Nguyen went back to his natural weight class to defend his ONE Featherweight World Title against veteran and former champion Narantungalag Jadambaa.

Even at the age of 43, Jadambaa was a force to be reckoned with. Jadambaa was riding a two-bout win streak heading into the matchup and looked as good as he’d ever been. For Nguyen, this was a legend he couldn’t wait to face.

But Nguyen had begun training with Aung La N Sang at Henri Hooft’s Hardknocks 365 gym in Florida for this bout. The change in team resulted in unlocking Nguyen’s full potential.

He looked absolutely phenomenal in dismantling Jadambaa, tagging him with a plethora of shots including his vaunted overhand right. Just past the one minute mark in round two and Nguyen had Jadambaa pressed up against the cage fence. That’s when he let loose the flying knee that ended the fight. 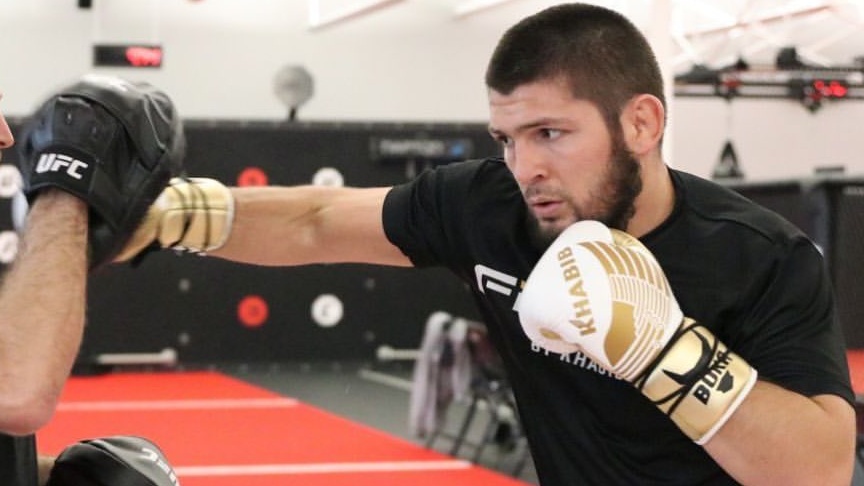