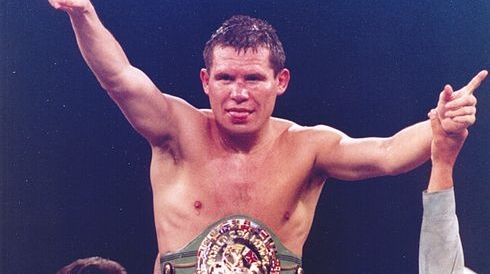 They say boxing is the ultimate test of one’s physical and mental capacity. When one man steps onto the battlefield with another man, it is a true awakening of human capabilities. The four corners of the ring and the vast expanse of the canvas provide no solace for the weak.

Throughout time, the sport has played witness to many epic stories of bravery and courage, victory and defeat. Fans have been treated to some of the most compelling matchups over the years, delivered by the greatest of pugilists. Some boxers, however, have risen above others, enshrined in the halls of legend.

Only the best have been able to string together multiple wins. When a boxer is seemingly unbeatable, and every opponent laid in front of him is dealt with accordingly, he is able to build his legacy. Fans flock to show support, victory after victory. There is just something about winning streaks that show the true quality of a fighter.

Boxing’s most memorable moments have been etched in the pages of history, survived by indelible videotape, and personal accounts of pride and glory. Let’s now take a look at some of the winning streaks that will ring forever through time.

The late Rocky Marciano will go down in history as one of boxing’s biggest superstars. Many fans claim that Marciano is the greatest heavyweight to ever live because he retired unbeaten at the top of his game.

Marciano dominated the division with his power and toughness, despite finding himself in many rough spots throughout his career. On numerous occasions, he was on the brink of a loss which would have cut his streak short. But what he had was his vaunted right hand to bank on, nicknamed “Suzie Q”, which always allowed him to escape the clutches of defeat.

If by the sheer volume of wins and nothing else, Marciano’s fans have referred to his 49-fight win streak as the streak to beat. That is arguably, of course, but it was definitely among the most exciting streaks of all time.

“Manos de Piedra”, which famously translates to “Hands of Stone” refers to Panamanian legend Roberto Duran, who had a 41-fight win streak between 1972 and 1980. In those 41 fights, Duran built his legend with awe-inspiring performances. He retired after a loss to Hector Camacho in 2001 but is now considered as arguably the greatest lightweight in boxing history.

In the 1970’s, Duran was undoubtedly the most dominant pound-for-pound fighter and even moved up as high as super middleweight to end his career.

Although his win streak came mostly against unknown opposition, it’s still a remarkable achievement. Winning 41 straight bouts is no easy task by any means and Duran is surely among the top five greatest of all time.

He’s boxing’s most polarizing figure. You either love him or you hate him. But you can never deny that Floyd “Money” Mayweather Jr., is among the greatest of all time. Today, he’s semi-retired, having scored his 50th victory in 2017 over first-time boxer Conor McGregor. But the work he has put in throughout nearly two decades speaks volumes.

No, he isn’t the most exciting fighter either. In fact, some may refer to his style as too technical and unappealing to casual fans. In fact, most of the 50 opponents he had faced were incredibly strategic choices. Mayweather often picked opponents whom he had a very low risk of losing to.

Mayweather made it a point to end his career unbeaten, which is why his 50-0 run is noteworthy. 50 have tried, and 50 have failed. Notable victories include wins over Oscar De La Hoya, Miguel Cotto, Canelo Alvarez, and Manny Pacquiao.

The list isn’t an all-time pound-for-pound list, otherwise, Julio Cesar Chavez would never be in the top six. But it is a list of impressive winning streaks, and Chavez’ 89 straight wins are definitely noteworthy.

Mexico’s most legendary fighter was a dominant, three-division world champion, and took on all comers throughout his career. He went 14 years without a loss, winning multiple titles along the way. For a time, Mexico hailed Chavez as the greatest of all time.

Although Chavez mostly opponents that were below his skill level, going 89 straight wins is still an awesome feat to accomplish. He also fought an average of at least four bouts each year, which definitely ran up his total.

Because boxers of today don’t nearly compete as often as they did in the past, Chavez’ record seems to be intact for the foreseeable future.

Filipino fighting sensation Manny “Pacman” Pacquiao has the least number of wins on this list of most impressive win streaks at 15, but the reason he is here to be mentioned is because those 15 wins came against some very big names and in different weight classes. For that reason, it is one of the most impressive streaks of all time.

Pacquiao burst onto the scene when he shocked Lehlo Ledwaba in 2001, and then completely destroyed Mexican legend Marco Antonio Barrera in 2003. Between 2005 and 2012, just after he lost to Erik Morales, Pacquiao went on a meteoric run through the ranks.

More than half of Pacquiao’s victories throughout this period ended in scintillating knockouts. Not bad for a guy who began his career as a flyweight and won titles up to super welterweight.

If you aren’t a hardcore boxing fan, then you probably have never even heard of Edwin Valero. He didn’t exactly face the biggest names in his career either. But between 2002 and 2010, Valero was hands down the most feared fighter on the planet. No one wanted to fight him, and the reason was simple. The man had the most dangerous hands in the business.

He won his first 18 fights as a professional by knockout in the first round. Because of his incredible power and 100% knockout ratio, Valero became a cult sensation. Sadly, however, Valero was not able to entice the big names to climb into the ring with him. And due to his own demons, Valero was jailed due to domestic abuse charges. He later hung himself in his prison cell.

Valero ended his career with 27 wins and no losses, with all 27 of his wins coming by knockout. None of his opponents made it to the final bell, and all succumbed to his unrivaled power.