To the untrained eye, boxing as a martial art appears to be very simplistic. Two fighters face each other in the ring, throwing punches until one of them gets knocked out. While the concept is simple to a degree, as one delves deeper into the sport, a deeper understanding and appreciation for the ‘Sweet Science’ develops.

Obviously, a knockout is the best outcome in any boxing match. But if it was so easy to achieve, then everyone who ever stepped into the ring would have done it. The reality is, however, that there are several factors in play to execute the perfect knockout scenario. It takes a combination of speed, power, precision, and a little bit of luck to land the perfect knockout punch.

Power, in particular, is a trait that can be developed. While it’s true that natural power is something only the most ‘special’ of fighters are born with, it can definitely be honed in the boxing gym. Some guys just have that thunder touch, while others have to work on it.

Other important aspects that affect knockout power include accuracy, technique, and strategy. Being able to connect on a knockout punch exactly where you want it to hit will yield its maximum effect.

If you’re looking to improve your knockout power for boxing, you’ve come to the right place. Let’s take a look at some ways you can go about enhancing the power of your punches.

Today, Evolve Daily shares tips on how to develop knockout power for boxing. 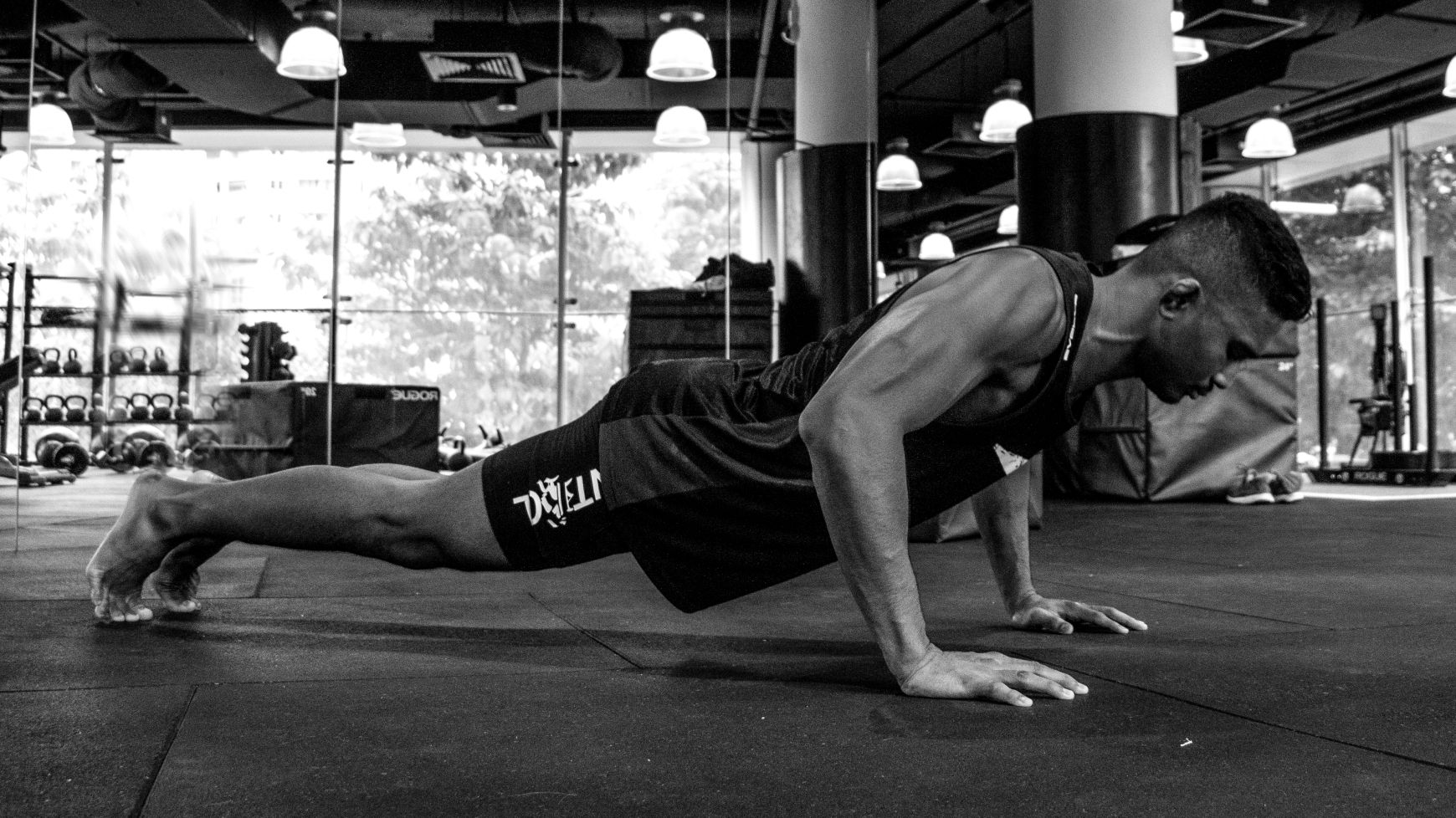 Push-ups are a perfect exercise to build strength for martial arts.

Calisthenics refers to any exercise that relies only on the utilization of one’s own body weight. Its variability in rhythm and intensity allows for easy customization of workouts to achieve specific goals. Plyometrics is quite similar, with the added element of jumping and other high-energy bursts of movement.

Calisthenics and plyometrics have played an integral role in boxing training throughout the years. A lot of the workouts are geared towards developing knockout power, in particular.

The humble yet very effective push-up has been a staple calisthenic exercise in boxing for as long as the sport has existed. Push-ups target the chest and shoulders, as much as the arms, all muscle groups that are directly responsible for punching force and speed.

Plyometric push-ups, on the other hand, train intensity and explosiveness, which is a good diversion for when regular push-ups get too easy for you.

Focus mitt sessions are workouts everyone looks forward to. It’s fun and exhilarating, offering an immersive experience for practitioners of all levels.

However, it’s not just enjoyable. It’s also crucial in developing key skills in the ring, especially knockout power. Those new to the sport may be intimidated by pad work, but the speed and intensity of the drills can easily be adjusted by seasoned coaches. The primary goal of pad work is to hone proper technique, to maximize the effect of a power punch.

Of course, focus mitt sessions are largely dependent on the presence and involvement of the boxing coach. The coach’s responsibility is to emulate the presence of a live opponent, mimicking movements and targets through the mitts. This allows practitioners to move in the specific ebb and flow of a real fight, practice their footwork, and attack a moving target. 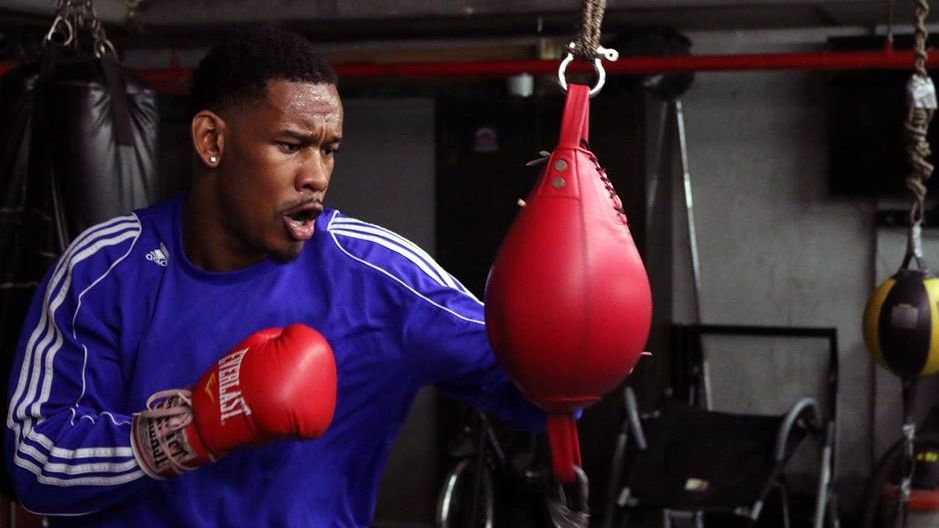 The double end bag can help train you to evade in boxing.

The double-ended bag is one of the most effective tools to train a myriad of boxing skills, including honing knockout power. Further to the point of focus mitts, the double-ended bag aims to improve punch accuracy, which in turn maximizes the effect of power punches.

With this single piece of equipment, a boxer can refine accuracy, reflexes, timing, and rhythm, as well as head movement in terms of defense. These are all skills and traits essential to a boxer’s ability to set the stage for the perfect knockout.

The erratic movement of the double-ended bag offers an unpredictable moving target, enhancing hand-to-eye coordination, and a fighter’s unspoken ability to “pull the trigger.”

The workout is similar in principle to that of the focus mitts, but much more challenging and engaging. It also does not require the presence of a coach or training partner. It can be performed solo.

The heavy bag is the best workout to directly train the power of your punches. It’s the only piece of equipment you can unload the full force of your attacks. Heavy bags are an extremely versatile training tool for boxers who want to work on their knockout power.

When training on the heavy bag, you are able to integrate all the skills and techniques you’ve worked on during training. It’s large, and provides a full-sized target, aimed at replicating a live body. You can experiment with various skills and different combinations to develop your own offensive style.

It also trains your fists to absorb impact, strengthening the muscles and bones in the hand.

The repeated execution of different punch combinations allows for storing certain techniques into muscle memory, which in turn forms good habits in the ring, if done correctly. 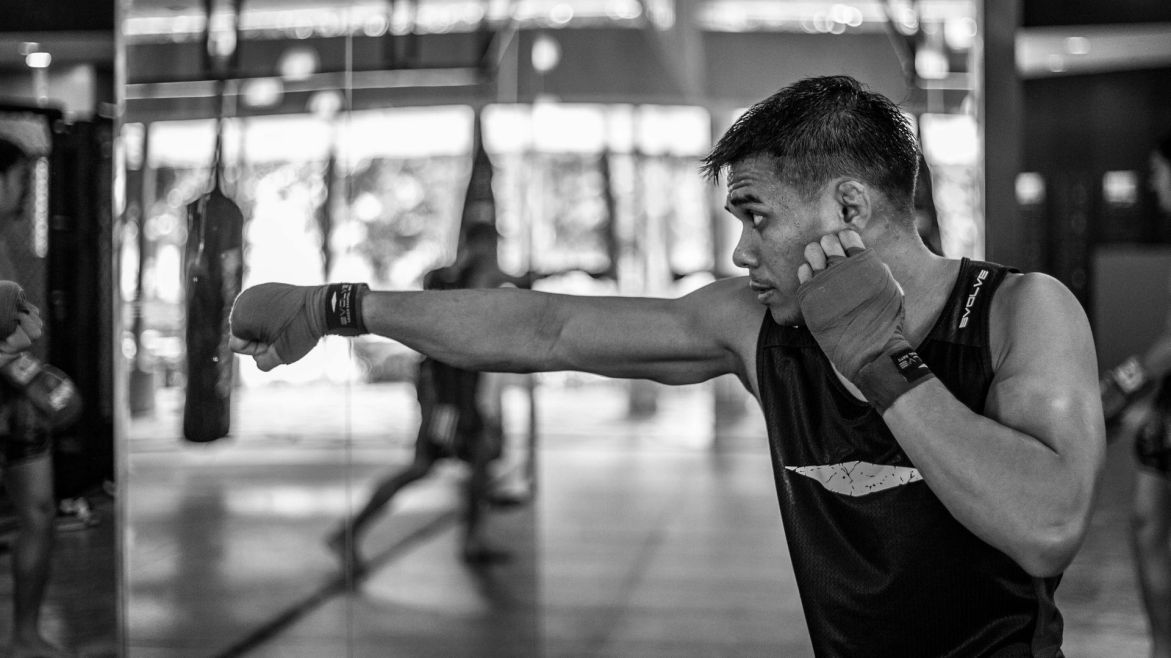 Last but not least, is shadowboxing. Shadowboxing is one of the most crucial workouts in every boxing routine. It’s also inherently personal, as it allows you to peer into your technique and mindset.

By imagining yourself up against an imaginary “shadow” opponent, executing the techniques you’ve built into your mind, you are able to develop your “mind’s eye.” This is your space of consciousness in the heat of a real fight that allows you to think without thinking, and execute based on the instincts you’ve developed in training.

Acquired and refined skills, combinations, and strategies all play major roles in shadowboxing, and all contribute to developing knockout power. It’s both a physical and mental exercise that allows you to simulate the comprehensive boxing style you’ve developed, putting it into practice against an invisible foe.

Along the way, you are able to assess your own technique, self-identify flaws, and approximate how opponents will be able to take advantage of these openings.

If you want to try out boxing, sign up for a trial class today!