3 Of The Best Game Plans In Boxing History 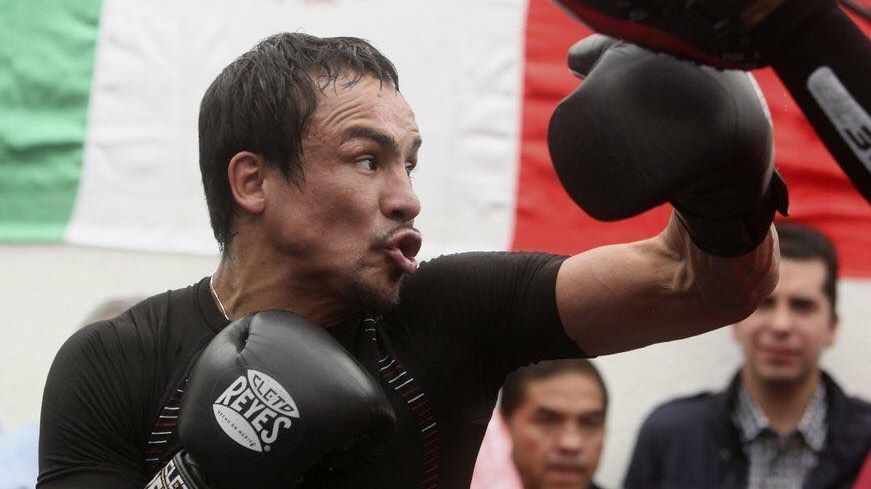 On the surface, it may seem that boxing is merely a sport where two people punch each other and try to knock each other out. But despite stopping your opponent being the main objective in every match, there is a lot more going on underneath it all.

Unbeknownst to many, boxing involves a great deal of tactics. Aside from the basic offense and defense, there is a multitude of boxing styles and strategies.

Strategy plays a very important role in boxing because it allows boxers to put themselves in the position of imposing their will onto their opponents. Simply executing combinations is not enough, boxers have to set up their offense in order to obtain optimum results.

Throughout the history of the sport, many fighters have employed incredible game plans that have led them to victory. Some of the biggest names in boxing have been able to score amazing victories, overcome the odds, and do the impossible, simply by executing a sound game plan. On many occasions, a great game plan spells the difference between winning and losing.

Let’s revisit a few of those game plans that truly stand out. These boxers executed their strategies to a tee. Today, Evolve Daily shares three of the best game plans in boxing history.

1) “Round Stealing” Leonard vs Hagler

The greatest aesthetic divide in boxing is the one between boxer and puncher, and there is no better example of this dynamic in the history of the sport than “Sugar” Ray Leonard versus “Marvelous” Marvin Hagler. Some fans like punchers, the guys who can turn the lights out on any opponent with a single punch. Others like boxers, the thinkers, the strategists, the guys who are one step ahead of anyone in the ring at all times.

Hagler was the epitome of the rugged, no frills, boxing machine. He was one of the hardest punchers in the sport at the time, and a man feared for his ability to end bouts abruptly and decisively. Leonard, on the other hand, used his speed, reflexes, and ring savvy to run circles around his opponents. He wasn’t as hard a puncher as Hagler, but he was smarter.

While rounds were ultimately very close, Leonard would put the pressure on Hagler and increase his activity within the final minute of each frame in an attempt to “steal rounds” in the eyes of the judges. The strategy worked and in the end, Leonard earned a split decision verdict.

It’s one of boxing’s most hotly debated and controversial bouts, and one that will prove to be a topic of discussion for years to come. But in this case, Leonard’s brilliant strategy to steal rounds got him perhaps the biggest victory of his career.

In October 1974, Muhammad Ali faced former heavyweight champion of the world “Big” George Foreman in one of the most infamous boxing events in history, the “Rumble in the Jungle”. The fight took place in Zaire and is one that was followed by everyone in the industry, not to mention the entire world.

Ali, then already a global sports icon, was a symbol of hope for African Americans and was hailed by the people of Zaire as a hero. He obliged and did his part by stopping Foreman in the eighth round of their world championship bout. But things certainly did not come easy for “The Greatest.”

At the time, Foreman was known as arguably the hardest puncher in boxing. His reputation of putting guys to sleep with his vaunted power was absolutely legendary. Very few men could stand up to the kind of concussive knockout power Foreman had in his fists. But Ali did.

Employing a tactic he would later refer to as “Rope a Dope,” Ali chose to fight for extended periods by laying back on the ropes and trying his best to use his movement and defense to evade Foreman’s biggest punches. Foreman of course obliged, but not before tiring and punching himself out.

This is what Ali was going for, and in the eighth round, Ali put the finishing touches on an exhausted Foreman, scoring the knockout victory.

3) “Step Back and Counter” Pacquiao vs Marquez IV

For the longest time, Juan Manuel Marquez had to live in Manny Pacquiao’s larger than life shadow. Everywhere he went, Marquez dealt with hecklers and naysayers, reminding him every chance they got how Pacquiao knocked him down three times in the first round during their first bout. Even though Marquez outboxed Pacquiao the rest of the way, he was only able to muster a draw against his bitter rival.

In the second bout, a knockdown in the third round swayed the judges’ decision towards a Pacquiao victory. In the third bout, more fistic firepower from Pacquiao gave him the edge in another decision win. It was hard for Marquez, and when the fourth bout was made, he made sure to make it count.

By this time, the two boxers knew each other inside out. All the while, Marquez had been downloading Pacquiao’s style and signature moves. He recognized how Pacquiao liked to move in often with the double jab left straight. Marquez, ever the counterpunching wizard, knew exactly what to do if he did it again.

In the sixth round of their fourth bout, Marquez uncorked perhaps the most vicious counter right straight in the history of the sport, connecting on Pacquiao’s chin as he was moving forward. It turned the lights out on the Filipino instantly and within moments, Pacquiao was face down on the canvas unconscious.