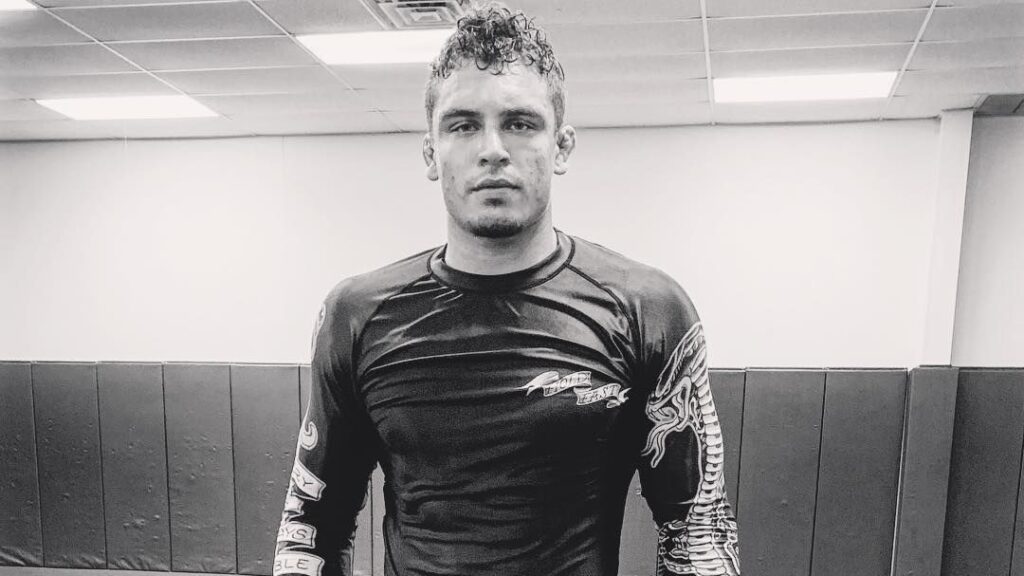 One of the most exciting things about the modern Brazilian Jiu-Jitsu (BJJ) competition scene is that it allows us to see athletes develop as martial artists and competitors in real time. Thanks to the wonders of the internet, we can watch what would once be considered an “irrelevant” tournament live, observing how the next generation of Brazilian Jiu-Jitsu practitioners are developing themselves and the sport. This combination of technology and passion for BJJ allows us to follow athletes before they make it to the biggest stages of competition, while they are still “coming up”. Here is a list of some of the up and coming prodigies who we have been watching, and whom you should start paying attention to as well.

Until an outstanding performance at the 2019 ADCC West Coast Trials, the name “Nick Rodriguez” was almost entirely unknown in the BJJ community. After winning the West Coast Trials earlier this spring, Mr. Rodriguez generated a lot of buzz and excitement. While it is fair to say that anyone who wins a competition as prestigious as the ADCC Trials will turn a lot of heads, the real source of the interest into Mr. Rodriguez stems from the fact that at the time of his victory, he had only been training in Brazilian Jiu-Jitsu and Submission Grappling for less than a year.

It may come as no surprise that Rodriguez comes from an extensive Wrestling background, with amble success and a laundry list of victories at both the high school and collegiate levels. While a Wrestling background provides numerous advantages to an athlete, ADCC is not a wrestling competition. It requires a serious understanding of the sport of Submission Grappling in order to be even remotely successful, so to credit Mr. Rodriguez’s victory as a result of his Wrestling experience and not his intense focus on BJJ would be a mistake.

To have achieved such an outstanding result as winning Gold at the ADCC West Coast trials would have put Nick Rodriguez on our list of prodigies to watch on its own, but the fact that he did it after such a short amount of time training gets us even more excited to see his future endeavors.

Marvin Castelle was propelled into Brazilian Jiu-Jitsu notoriety, and some would say internet fame when a clip of his victory from Fight to Win Pro 24 was circulated around the internet. The clip featured Mr. Castelle executing a particularly flashy Iminari Roll, trapping his opponent in a Cross Ashi Garami leg entanglement and forcing them to the mat. From there Mr. Castelle went to work on isolating his opponent’s legs, subsequently submitting his opponent with an inside Heel Hook. While the sequence was impressive to BJJ aficionados around the globe, the real prestige came from the fact that the clip crossed over from the BJJ world into the realms of non-BJJ pages and publications. By the last count, FloGrappling’s original clip of the finish had over 10 million views!

While one spectacular submission victory may generate a lot of internet attention, it is not indicative of a highly skilled individual on its own. Fortunately for us, Marvin Castelle has proven that he is a seriously skilled Jiu-Jitsu practitioner who has a lot more to offer than creating an occasional clip that looks cool on Instagram. Since his most famous victory, Castelle has earned his Black Belt from Eddie Bravo, and gone on to form his own style of 10th Planet Jiu-Jitsu that he calls “The Dark Arts.”

As the Brazilian Jiu-Jitsu game continues to evolve and develop at the breakneck pace we are currently seeing, fans and students are going to have to keep up. As Mr. Castelle has dedicated himself to breaking down and exploring the newest developments in the sport, as well as creating some on his own, he is an absolute must-watch for those who want to stay up to date on the future of Brazilian Jiu-Jitsu.

As it seems that currently, the entirety of the Brazilian Jiu-Jitsu world is revolving around the group of grapplers known as the Danaher Death Squad, it should come as no surprise that our list consists of an up and coming prodigy hailing from the infamous blue basement of Renzo Gracie’s NYC. While John Danaher has produced countless skilled grapplers who excel in competition for quite some time, Oliver Taza appears to be on par with the higher caliber grapplers.

Mr. Taza first started to gain notoriety a few years ago as he won several competitions, appearing to be following in the footsteps of Gary Tonnon and Gordon Ryan. While his early competition victories gained him a following of some of the more dedicated BJJ fans, it wasn’t until his match with the esteemed Lachlan Giles at Polaris 7 that the name Oliver Taza became known to a wider audience. Being offered and accepting the match on its own would have boosted Mr. Taza’s prestige to new heights, but the fact that he went on to defeat Lachlan Giles showed that Oliver Taza was a force to be reckoned with.

Unfortunately, Taza suffered a knee injury shortly after the bout, which has left him sidelined and unable to follow up on his rightfully earned success. As he is in the process of recovering and returning to competition, make sure you keep an eye out for the Taza name, as he is sure to be a key force in the BJJ competition scene in the years to come.

As Brazilian Jiu-Jitsu and Submission Grappling continue to grow and evolve as a sport, we are going to see younger and younger athletes make it to the top levels of competition. Thanks to the modern day technologies of the internet, we have the ability to follow along with these athletes as they attempt to make it to the big stages, learning from them and watching them grow. Make sure you go check out these three prodigies and keep an eye out for many more!