5 Micro Battles In Every Boxing Match 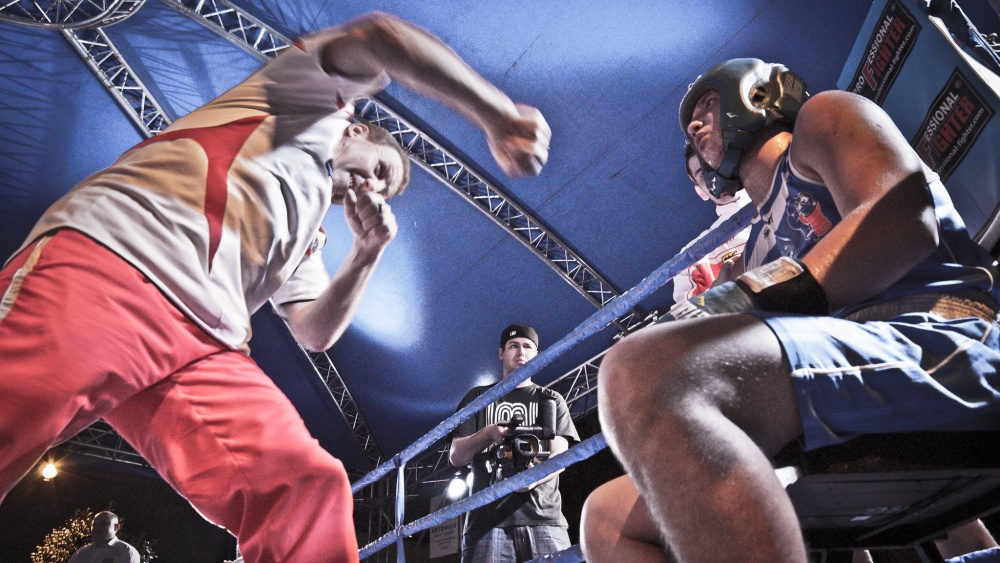 Boxing is a fairly simple martial art. The basics are very easy to pick up, which makes the discipline extremely accessible for people of any age, no matter the gender. The more you train, the better you get at it, and soon, you begin to conform to boxing’s unique rhythm.

After some time training, you begin to progress to the advanced stages of training, where you’re not only focused on technique and execution, but also on competition strategy and fight tactics. This is when you become truly engrossed in the science of pugilism, and become a student of the game.

In the ring, it becomes more than just a fistic battle between two people. Boxing becomes a high-level game of human chess. In this game, you have to claw and fight your way into an advantageous position using strategy.

The truth is, boxing is a battle for inches, especially at the top where every fighter is elite. Usually, the fighter who wins the micro battles is the one who captures the overall victory.

What are boxing’s micro battles? That’s what we’re here to discuss. Let’s take a look at the finer details inside the ring.

Today, Evolve Daily shares five micro battles that are being fought in every boxing match.

Clinching is a huge part of boxing. It’s a common, mainly defensive tactic that allows a boxer to tie up an opponent with his arms so that they become entangled and any offense is rendered null. Because most referees allow fighters to fight their way out of the clinch, it becomes a major factor.

Perhaps you’re in the ring with an aggressive and powerful opponent. The clinch will help you nullify your opponent’s strengths whenever the distance is closed. In contrast, you could have the advantage in the power and offensive category, in which case knowing how to operate in the clinch or avoid it altogether is tantamount to your success.

It’s important to understand either how to initiate or escape from the clinch. If you can control the clinch battle, you can dictate the pace of a fight.

Foot positioning is a very important aspect of footwork in boxing. Good foot placement gives you steady balance without hampering your movement. It also allows you to attack from different angles, which helps in keeping you off the centerline.

This is important because, when you’re on the centerline, your body and all its contact points are heavily exposed, which makes it easy for your foes to connect on their punches.

To combat this, you have to win the battle for foot positioning. Typically, your lead foot has to pivot from the opposite side of your rear hand. This will allow you to generate power from your cross, while putting you in a position to circle away from retaliation.

If you’re fighting a southpaw, your lead foot has to stay outside of your opponent’s lead foot, or you’ll be wide open down the middle.

Not many people realize how important the foot position battle is. But it’s one of the most significant technical aspects of boxing.

3) The Center Of The Ring Battle A standard-sized boxing ring is between 16-20 feet on each side. Good fighters know how to utilize every inch of it. Those who control the center of the ring, control where their opponents go, and how much room they have to fight.

A common tactic of offense-oriented and aggressive fighters is to try to cut off the ring, and trap their opponents along the ropes or in corners. This is achieved by anticipating an opponent’s direction and sealing off that area with lateral movement and good footwork. When coupled with a strong, consistent attack, these fighters control the center of the ring by keeping their opponents out of it.

At the same time, defensive-minded fighters prefer to keep the fight at the center of the ring, where they can take advantage of distance to keep the fight range and on the outside. Through a combination of constant lateral movement, pivoting, and frequent changing of directions, you can force an opponent to follow you around, which renders their attacks ineffective.

While every round is three minutes long, ringside judges often have short memories and remember the final minute more than anything else. This is why those last 60 seconds are so important in every fight.

You could be winning the majority of the round, controlling the clinch, winning the foot positioning, and commanding the center of the ring. But if your opponent comes alive in that final minute and catches the judges’ attention, that’s going to imprint their minds and heavily influence the scorecards.

While you shouldn’t do this every round to avoid being predictable, it’s important to save some energy for that final minute, so you can turn up the pressure, and land your best shots.

Going back to how boxing is just a high-level game of chess in the ring, there’s a crucial mental battle that goes on in every fight. You can’t just neglect the strategic element of pugilism. Part of that strategy involves being able to read opponents and identify their weaknesses.

Pay attention to certain habits. Perhaps an opponent likes to cock the fist before unleashing a jab, or there’s a jitter in the step just before charging in for a combination. These seemingly small and nuanced details are very important. Your ability to discover these habits and how to capitalize on them is crucial to victory.

Furthermore, the ability to make mid-fight adjustments is invaluable. You want to give your opponent different looks in the ring, and not fall into the trap of monotony.

It doesn’t matter what style you enter the ring with. The thinking fighter always wins. Play to your strengths, and not to your weaknesses. In this game of physical chess, the smarter fighter gets the decisive checkmate.