Muay Thai athletes begin with the basics and progress to utilizing the basics in various ways. Once you’ve mastered the basics – how to strike, footwork, and head movement, it is time to play with those concepts and create your own unique game. One idea that many Muay Thai practitioners dive into is the art of being elusive.

Try utilizing your footwork and strikes together. Throw a strike while moving your feet and see what options are open to you. Some fun options to try utilizing footwork together with striking are:

Utilizing your footwork along with your strikes will make your movements and strikes more elusive and more difficult to figure out.

2) Use Head Movement In All Planes And Alongside Each Other

The head can essentially move in three planes.

Rather than utilizing only one of these planes, try combining a couple together to create elusive head movement. As you bob and weave under a hook, try not only moving on the up/down plane but also on the left/right plane to cut the angle around your opponent.

Changing levels goes along with moving in the up and down plane. Changing levels lends well towards landing body shots and moving under and around your opponent’s strikes. To change levels, be sure to:

Level changes make you a more elusive fighter as you are no longer at the same height. This makes it harder to time when and where to hit you, and also opens up doors for striking your opponent. Body shots are often open and available when you use a level change.

At the beginner level, it is common to utilize combinations that have a left-right-left pattern. It helps new practitioners learn to flow, how to properly turn their hips, and helps teach how to pull their strikes back to their face.

Once past the beginner stage, try utilizing same-side combos to create a more elusive nature to your game. This means using two or three right side strikes before returning to a left side strike. Try some of these combos:

By utilizing the same side strikes, you break the typical left-right pattern and create a more elusive feel to your game.

Every Muay Thai athlete has a favorite range. Some prefer to play on the inside, and others prefer to stay more at kicking range. If you have a favorite, try playing with some different ranges to break up the space you typically give your opponent.

Playing with range will also open up doors for new strikes, as range plays a large role in opening up the door for strikes.

No matter where you typically enjoy fighting, you can create a more elusive feel if you change up the range. 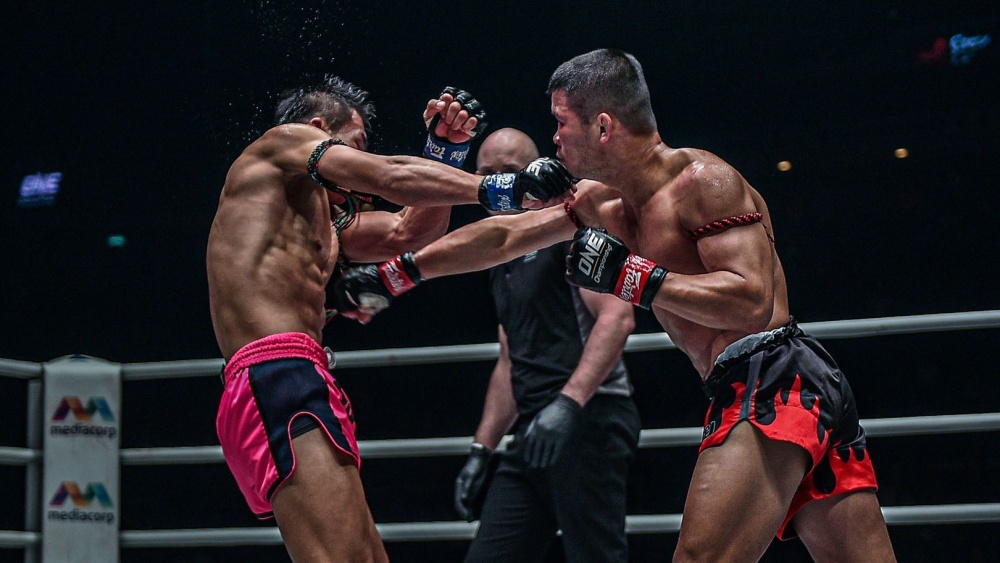 Striking should not have the same tempo all the time. That is, it shouldn’t be like the beat of a steady drum. At the beginner level, a steady tempo is quite common, but to become an elusive fighter, it’s imperative that the tempo starts to become unpredictable.

Try some of these tempo changes to create an elusive feel to your combinations. Your opponent will have a more difficult time defending against strikes if they cannot figure out how fast or slow they are coming at them.

As with anything, athletes tend to have favorite defensive moves. Any time something is always used, the motion becomes predictable. Predictability lends towards being exploited as your partner figures out how you move and defend. Try implementing a variety of defensive moves to keep your game less predictable and more elusive. For example:

Changes in your defense will keep you elusive and allow you to continue to stay ahead of the game with your defense.

Becoming an elusive practitioner is something that every Muay Thai athlete who has mastered the basics should begin exploring. It requires that you consciously make changes to your game to avoid becoming predictable to your opponent.

Explore some of these ideas to begin adding some new elusive concepts to your game. You will quickly see how being elusive will help you to land more strikes while also giving you the advantage of staying on top of your defensive game, too.