Two-division UFC World Champion Georges St. Pierre (GSP) still holds the record as the most dominant welterweight champion in the Ultimate Fighting Championship’s history. GSP’s well-rounded striking and wrestling skills had a lot to do with his success inside the cage and are what made him one of the greatest MMA fighters in history.

The superman punch was one of GSP’s favorite moves during his fighting days, and it led to the beginning of the end for Matt Hughes – who defended the UFC welterweight title for the second time against the Canadian at UFC 65. GSP hurt Hughes badly with a superman punch with 10 seconds left in the first round of their second showdown, seemingly scoring a flash knockout. Hughes was saved by the bell, but GSP finished the job during the second round, claiming the UFC’s welterweight title for the first time.

It’s a very popular technique used by many mixed martial artists, and it has led to some of the most devastating knockouts we have seen inside the cage, like Travis Browne’s superman punch KO victory against Stefan Struve.

In this video, Georges breaks down the superman punch and shares several pointers about how to catch opponents off-guard with the technique. 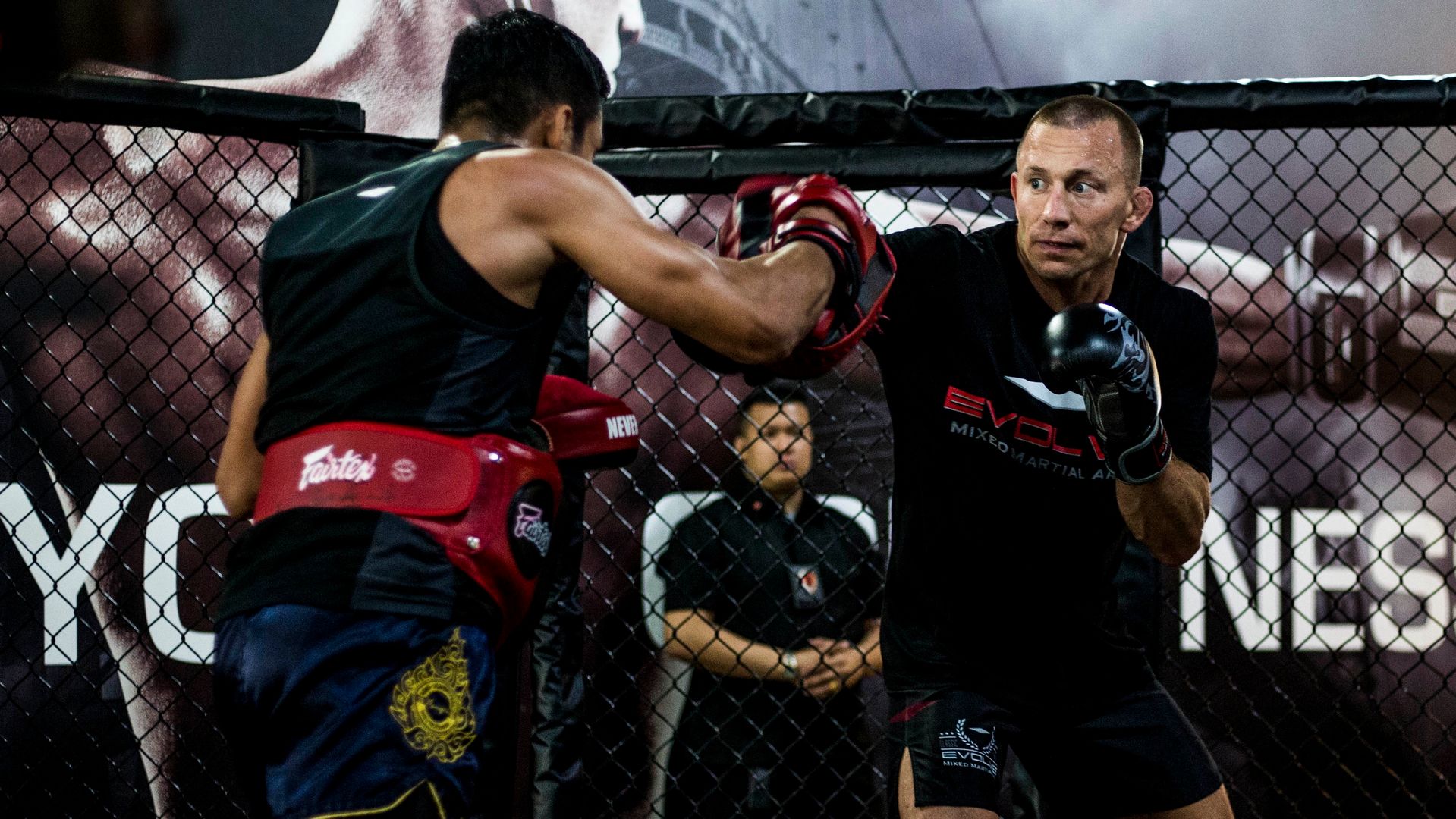 According to GSP, the key to catching an opponent with a superman punch is to set it up with kicks. This shifts your opponent’s focus to defending against your leg attacks, opening up their head for the punch.

“To set up a superman punch, what I like to do is I, I set up with a kick. I pretend to push the leg,” St. Pierre explains. “At first, I push the leg. And then I’m faking the same thing with my leg, and I go with the punch. Boom!”

GSP recommends not telegraphing the technique when performing it. It’s almost natural to want to cock your arm back when throwing punches, but this alerts your opponent to your intentions. The key to properly executing a superman punch GSP-style is to sell the fake to the leg and to throw a clean, straight punch. The superman punch is powerful enough to knock out an opponent, so there’s no need to try to generate additional power.

“The mistake that people make is they try to telegraph too much,” GSP adds. “If I go like this [cocks arm backward], my opponent will see it coming. So, I keep my elbow tight.”

GSP also stresses the importance of setting up the superman punch technique with a few leg kicks. You want to kick with the leg on the same side you will be throwing the punch from. One or two kicks are enough to set the stage. At that point, your opponent should be expecting more leg kicks from you, so you fake with the leg you’ve been kicking with while throwing the superman punch. Your opponent should be expecting a low attack, opening them up to the punch to the head.

“First, I practice the kick, and then I go for the superman punch,” GSP continues. “I just want his eyes to flinch. My arm doesn’t move, my leg moves [when transitioning into the technique]. It works very, very well.”

The superman punch works well in combat sports like MMA, and it’s a great technique for self-defense purposes at well. When executed properly, it is powerful enough to stop anyone. Watch the video below for more tips on throwing this technique from GSP himself.