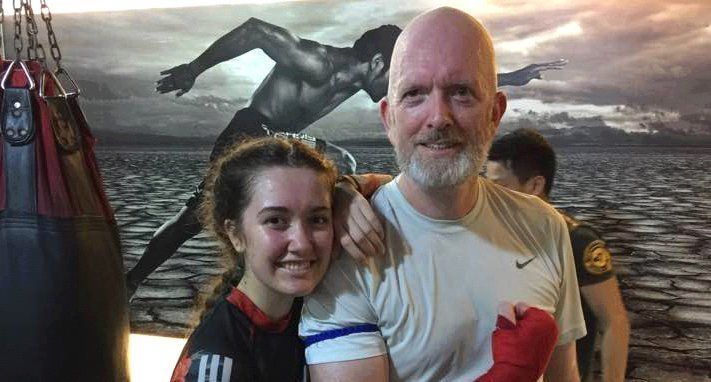 It’s not always easy for parents to bond with their kids, especially due to different interests and a lack of quality time together. However, it’s not impossible to foster a deeper, stronger bond with your kids. In fact, you can do just that – and at the same time, equip yourself with some self-defense skills while getting into your best shape ever! Since October 2015, that’s exactly what Paul Kewene-Hite and his daughter, Sasha, have been doing.

Both father and daughter target to train martial arts together at Evolve MMA (PoMo Mall) six days a week, from Monday to Saturday. “In reality, we’re probably training together three or four times regularly, when I’m not traveling for work,” says Paul. “When our schedules work, we train together typically in the evenings.”

Although Paul prefers training first thing in the morning, his schedule doesn’t always allow it – so he goes for a class whenever he can. “Sasha can’t do weekday morning classes due to school, which is why we attend evening classes,” he explains. When one of them is unable to go for a class, the other will still proceed. 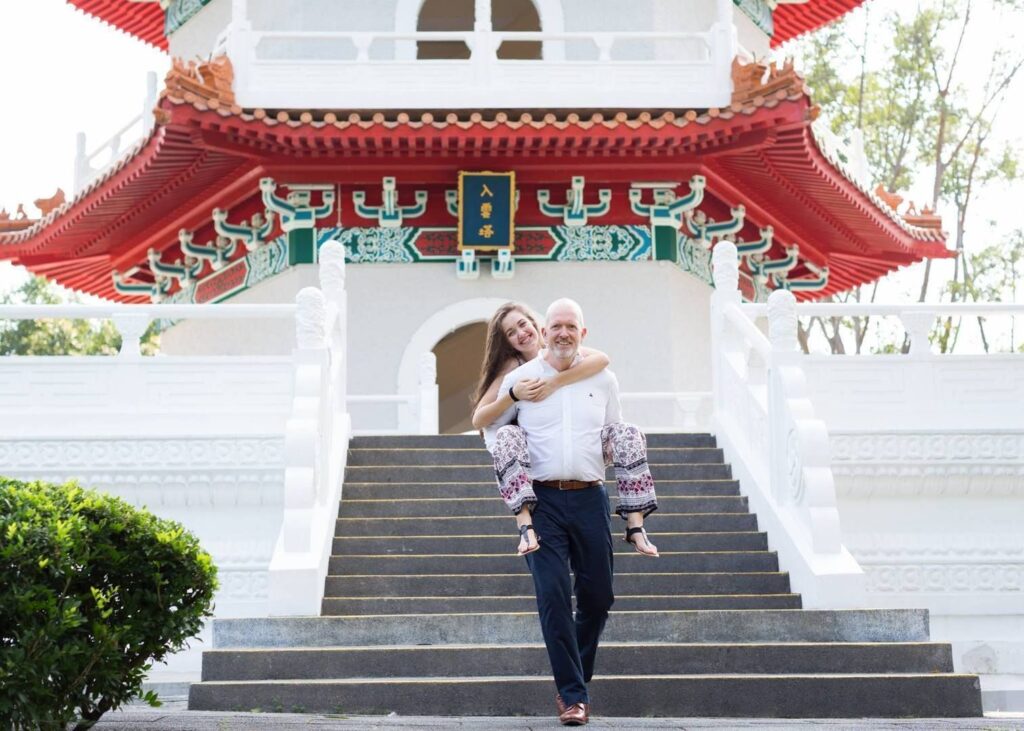 Paul admits that it isn’t always easy due to travel, work, school, and life in general. However, he believes that there’s always a way to find the time to train together with his daughter. “In life, people make the time for their priorities,” he says. “We’ve always figured out how to spend time together; however, martial arts has become our ‘thing’. We even take martial arts training into consideration when we travel as a family, and she is gearing university choices around whether she’ll have access to quality martial arts training.”

Sasha believes that martial arts has played a key role in strengthening her bond with her dad. “We’ve always been really good friends, but I’ve noticed how much more we have in common now that we’ve been training together for over a year,” she reveals. “We have more to talk about, and we’ve become more comfortable with each other. Never in my life, have I felt more comfortable to tell him absolutely anything!” 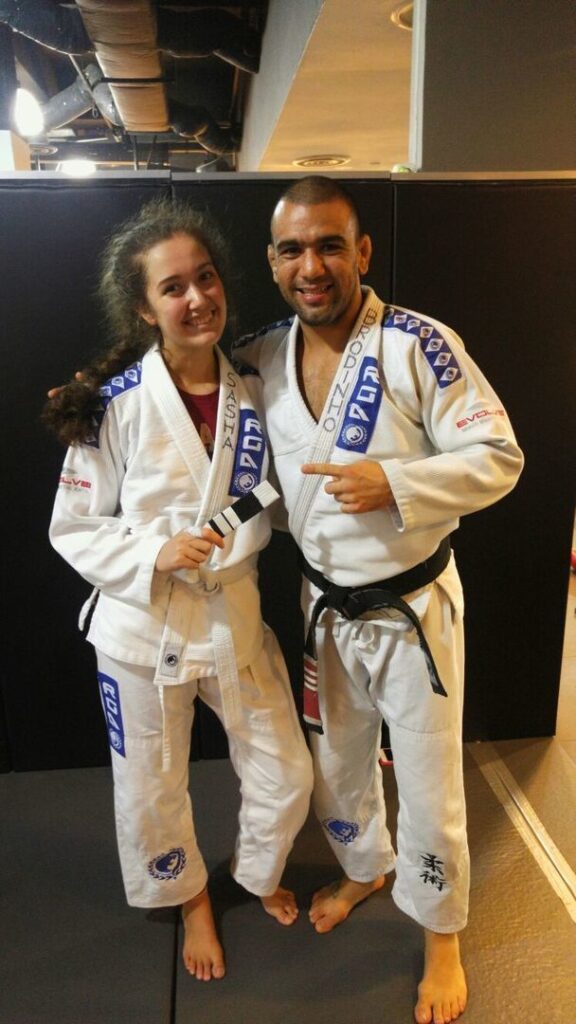 Sasha has become a more confident and disciplined person after training martial arts.

“On average, I’d say we spend about 3 to 4 hours together getting to Evolve, training, hanging out for a bit afterward, and then getting back home,” shares Sasha. “We also spend time at home playing around with different techniques and playfully sparring, so we’ve most definitely had more time to get closer!”

“We help each other, share tips and insights, and practice together. It’s great to share this journey and discovery of martial arts together,” Paul adds. “Martial arts has added such a great depth to how we play, we’re an affectionate family, but now we spar, clinch and practice defensive moves everywhere – from grocery stores to airports, and even lobbies of buildings while we’re waiting for the lift or elevator!”

Growing up, Sasha never had an interest in sports. However, all that changed when she got inspired by her father to start her martial arts journey. “In 2013, my dad started training regularly, and I always admired his diligence,” reveals Sasha. “There’s a specific moment I remember from our summer vacation in 2015 when he was playfully sparring with my uncle. I noticed they were having so much fun, and that was when I thought to myself ‘I need to be doing that!’”

Although Paul started training a year and a half before Sasha, he believes that she will surpass his skill level within the year. “She just caught up with me in Muay Thai, so we’re both now level 3. Plus, she’s far ahead of me in Brazilian Jiu-Jitsu,” he shares. “Sasha plans to try out for the competition team in the second half of 2017. I think that she’ll make it and be a winner.”

Apart from giving Paul and Sasha a deeper connection, martial arts has also brought them both some benefits. “One of the main changes that I’ve noticed is how I’ve become more confident in myself and in the potential that I have as a person,” Sasha says. She feels that she has become a much stronger person – both physically and mentally. “I absolutely love the feeling of being strong. I can now endure far more, in terms of my physical capacities and emotional or mental capacities as well. To me, this is one of the things in my life that I’m the most proud of – the fact that I now consider myself to be someone who is strong, who will continue to get stronger, and who is becoming able to overcome just about anything!”

Besides making Sasha stronger, martial arts has also enabled her to become a more determined, confident, and disciplined person. “I’m also more focused and overall, much happier,” she smiles. 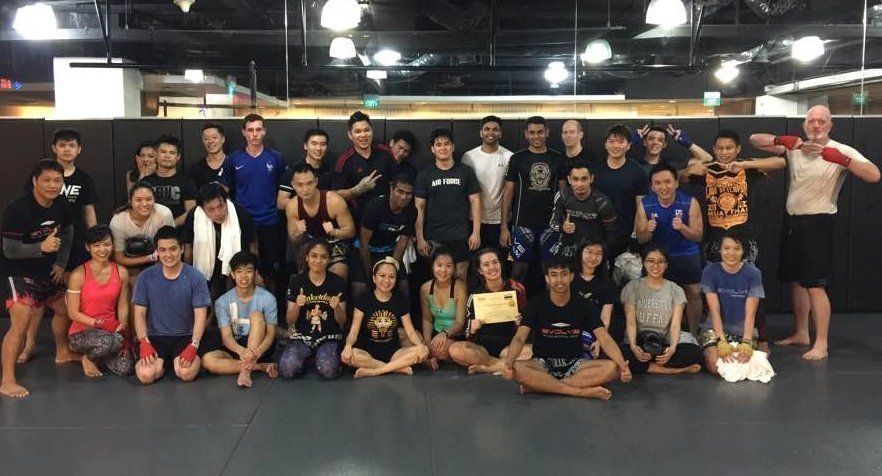 Paul and Sasha at a Muay Thai class.

As for Paul, he lost a significant amount of body fat and gained muscle from his training. “My entire body shape has changed,” he reveals. “My cardio fitness has dramatically improved, and I no longer experience afternoon slumps. I used to feel very uncomfortable when I saw my reflection as I walked past a mirror, but that is no longer a worry.” Paul and Sasha are both level 3 in Muay Thai.

There’s no doubt that martial arts changes lives, and is a great way to bond and grow together with your family. “I would really recommend to anybody considering starting martial arts to absolutely go for it!” says Sasha. “There are so many things martial arts can teach you about yourself and what you’re capable of, so go into it ready to uncover new and amazing things.”

“Take control of your life and health,” advises Paul. “Don’t wait any longer to find something that you can do with your family and friends!”