Trying something new can often be an overwhelming process, but at Evolve MMA, it doesn’t have to be. Although many people thrive on routine, there is a risk of becoming too comfortable with it. Why limit your potential when you are capable of so much more? At Evolve MMA, we’d like you to challenge yourself by trying something different. Go on, step outside your comfort zone. We dare you.

Many people are afraid to try new things because they are afraid of the unknown. In fact, studies show that people fear an unknown outcome more than a negative one. What if I don’t enjoy it? What if it is too hard? Before making all of these assumptions, why not just go ahead and do something about it? You never know what will happen until you try. According to BJJ World Champion and ONE Superstar Alex Silva from the Evolve Fight Team, everyone has their misconceptions and reservations about trying certain martial arts, especially if they have been training in one particular discipline of martial art for quite some time. Alex says that for people who practice Brazilian Jiu-Jitsu, Muay Thai seems like a completely alien concept. For them, kicking and punching feels strange, and it may appear to be more taxing cardiovascular-wise than BJJ. For those who train Muay Thai regularly, attacking someone and defending yourself while being on your back is completely unheard of.

Muay Thai, which utilizes repeated striking attacks from the fists, elbows, knees, and feet is considered to be one of the most powerful and effective martial arts in the world. It even includes a grappling element called the “clinch”, which is used to set up strikes and for takedowns. Because of its continuous nature, Muay Thai requires a lot of cardiovascular strength and endurance which could be an asset to any martial artist. Brazilian Jiu-Jitsu is also known as the gentle art.

In order to fight off these fears and misconceptions, Evolve MMA encourages all of its students to cross train across all of the martial arts disciplines. “We have World Champions and world-class instructors across all the martial arts disciplines at Evolve MMA. You might as well give them all a try,” says multiple-time Muay Thai World Champion Dejdamrong Sor Amnuaysirichoke. A 3-time Lumpinee Muay Thai World Champion and ONE Championship Superstar, Dejdamrong transitioned to MMA when he arrived at Evolve MMA and now trains martial arts such as BJJ, wrestling, and MMA every week. For someone who has been doing Muay Thai all his life, Dejdamrong says that he found BJJ to be “especially interesting.”

“With BJJ, there are so many new and practical techniques to learn on the ground. It is a new challenge and provides a refreshing new perspective on things” says Dejdamrong. 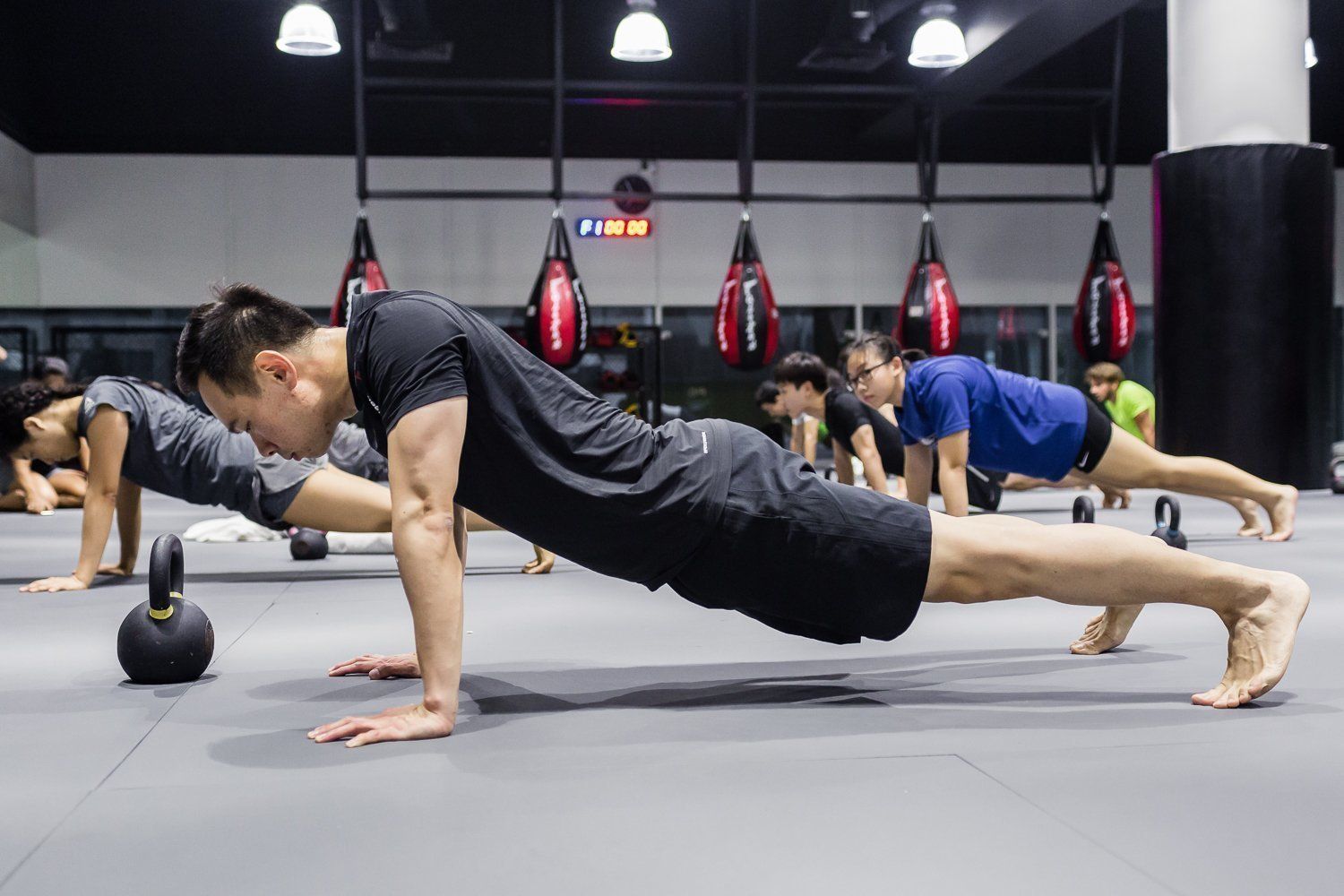 The WarriorFit class at Evolve MMA builds both your strength and endurance.

Our bodies are built to adapt to their environment. As our bodies become accustomed to certain movements, workouts, or techniques, we begin to see a diminishing rate of returns. Thus, the biggest threat to our bodies is monotony. Not only will it drain your enthusiasm, but you might also find yourself at a plateau. Remember, your body needs a challenge in order to spark change!

Cross-training not only helps you break out of a plateau, but it also makes you better, faster, and stronger at your martial art of choice. The benefits of including WarriorFit to your workout routine are endless. It teaches you how to move your body correctly, and how to maximize your athletic potential. It also helps prevent injuries by strengthening your entire body.

According to Brazilian Jiu-Jitsu World Championship Silver Medalist Almiro Barros, training Muay Thai or doing WarriorFit can help improve one’s BJJ game by leaps and bounds. “Through all the kicking and punching in Muay Thai, your cardio will get a lot better for BJJ,” explains Almiro. “And all the kettlebell exercises that we do in WarriorFit will increase your grip strength and range of motion.”

Alex agrees with Almiro. He says, “Many purists believe that you should concentrate only on your primary martial art in order to get better. But an advantage is an advantage. Why would you want to miss out on that little bit of extra training that could determine whether you will win or lose?”

Whenever you start a new sport, there’s a big chance you won’t be the best in your class right away. Starting anew can humble even the most gifted athletes. You are once again a beginner starting from square one. It may feel like a big step down, but you can take pride in knowing that not everyone has the courage to start from scratch. It also shows that you have the guts and confidence to know that you can rise from any situation, an important lesson we learn from martial arts. Everyone has to start somewhere and knowing that you’re okay with being a beginner says a lot about your character.

According to Alex, trying different martial arts takes you out of your comfort zone. “Because of routine, we’re trapped under this false sense of security. We don’t want to be okay with being comfortable. We need to be challenged in order to excel in both life and in martial arts,” Alex says.

According to psychologist Rich Walker, people who engage in a variety of experiences are more likely to retain positive emotions and minimize negative ones than people who avoid new experiences. By constantly challenging yourself, you are not only opening yourself up to new opportunities, but you are also making yourself a better martial artist. You will become a more well-rounded individual too.

Don’t put it off; hurry and take us up on our dare. Go on and be on your way to a new, more exciting and fulfilling life. Embrace the martial arts journey.