I Wanted To Quit Martial Arts, But Here’s Why I Changed My Mind 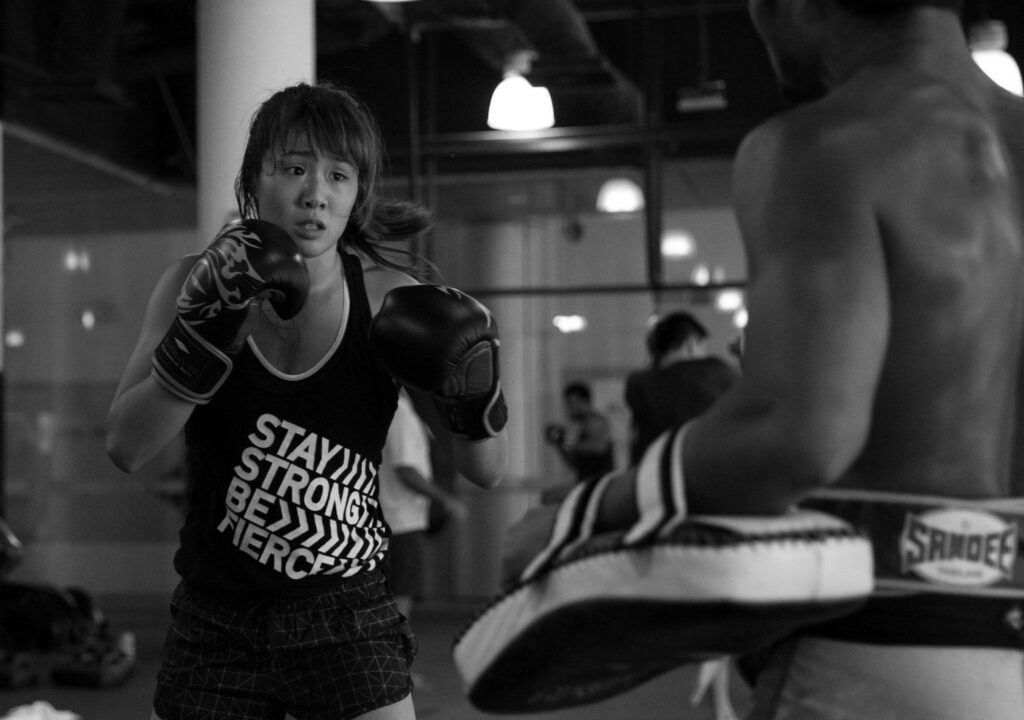 “The greatest glory in living lies not in never falling, but in rising every time we fall.” – Nelson Mandela

How many times have you talked yourself into giving up just because in that one brief moment, everything felt impossible and out of reach? Well, don’t feel too lousy if you’ve given up on some stuff along the way – we’ve all done it at some point, as much we hate to admit it. But here’s the thing: when you seek improvement and strive to get closer to your dreams, there’s no doubt that you’d face obstacles along the way. After all, as you know by now, nothing worth having comes easy.

Unfortunately, some of us give in to that negative inner voice of self doubt – and we quit. We throw in the towel when all we actually needed was just a bit more time to make progress.

During your martial arts journey, you might have gotten frustrated or disheartened at some point – especially on those days when you take forever to master those techniques or don’t perform as well as you think you should. Well, you’re not alone. In fact, some of us at Evolve Daily actually – believe it or not – wanted to quit martial arts at some point. If you’ve been feeling jaded, then perhaps you might want to read on to find out why those of us who almost threw in the towel changed our minds.

1) Because there is no such thing as overnight success On the surface, it might seem like some people achieve instant success. But that’s because you only notice what they highlight – their success. Beneath the glitz and glamor of these success stories lie countless hours of hard work and struggle. Remember, just because you don’t see it, doesn’t mean it didn’t happen and ultimately contribute to their success!

When it comes to martial arts, there’s no shortcut to success. Once you realize that, and let go of your unrealistic expectations, you’d be able to work towards more realistic short term goals and focus on making progress over time. BJJ World Champion and ONE Superstar Bruno Pucci is the youngest BJJ instructor at Evolve MMA.

Most of the time, we regret the chances we didn’t take, or things we didn’t do because we’re afraid of failure. That’s why it’s so important to try, and try again – even if it means you’ll end up failing. Yes, failure can be scary, but believe us when we say that missing opportunities that you regret later on in life is even scarier.

So go on, step outside your comfort zone – whether you’re in or out of the gym – and expand your horizons! It’s really the best way to progress and grow, as a martial artist and as a person.

3) Because failure isn’t the end of your journey The problem with us is that we sometimes allow our failures to break our spirit, and end up beating ourselves up rather than learning from these failures. The thing we fail to see sometimes is that failure actually shows us what not to do, and actually brings us slightly closer to getting it right – the next time we try again.

If you’ve been trying super hard but not seeing any results in the gym, perhaps when sparring, it could just mean that you haven’t figured out the right way to execute a technique or defend yourself properly. With that said, you shouldn’t write yourself off and give up on your goals just like that. Instead, press on and treat it as a learning experience to help yourself perform better next time. We’ve said this before and we’ll say it again: tenacity is much, much better than talent. If you think about it, a naturally gifted or athletic martial artist could potentially be the best if he chooses to groom his talent and work hard to stay on top of his game – but what happens when he decides that he’s going to rely solely on talent? Well, we’re pretty sure he’s not going to go far if he does that. After all, talent can only take you so far.

So even if you notice that you take a longer time to grasp techniques, don’t be disheartened. Instead, keep drilling and striving to improve by 1% each day. More importantly, stay tenacious and keep chasing those dreams!

5) Because your past doesn’t control your future At the end of the day, you need to remember that the past needs to be left behind. It doesn’t matter if you didn’t make the competition team, or if you lost a recent fight. Honestly, no one is going to remember that in such detail – except you. What truly matters is how you pick yourself up and start over again. After all, every successful martial artist was once a beginner in the gym, and started off not knowing anything!

Remember, every failure takes you closer to success. So don’t ever let your past failures prevent you from achieving future success.

Are you ready to take control and make the most of your martial arts journey? Now go forth and train hard!