Meet The Mothers Who Made World Champions 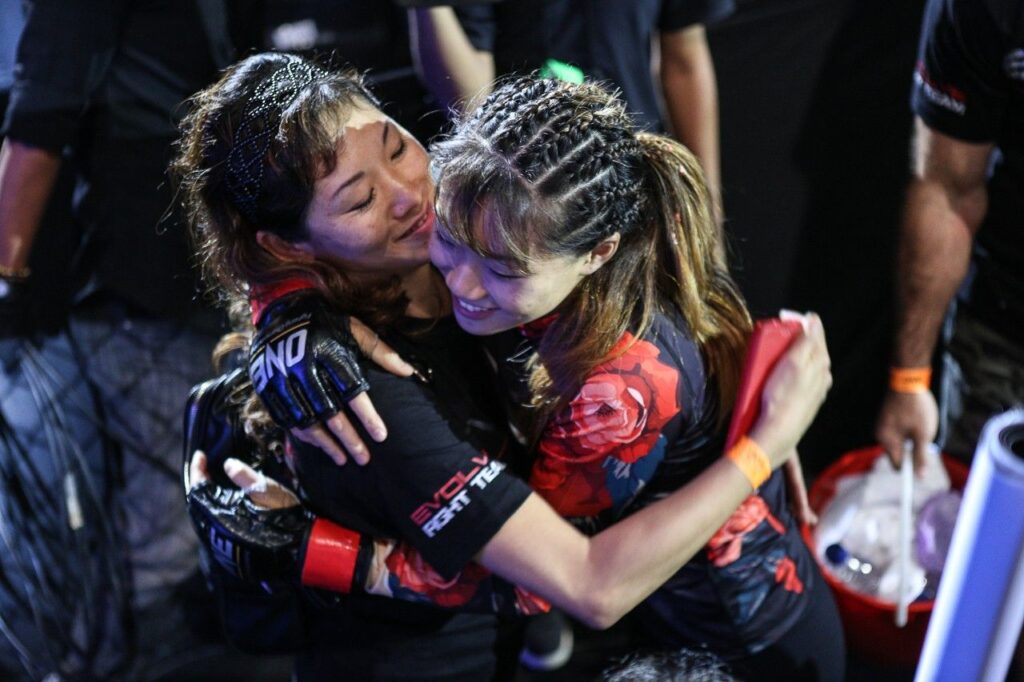 World Champions are undoubtedly no strangers to hard work. They know what it’s like to train and push their body beyond its limits in the hopes of someday having their hand raised in victory.

As tough as it has been for them, they all agree that nobody’s had it tougher than their mothers. They understand the sacrifices their mothers made in order to raise them and their siblings. They know the pain and heartbreak they’ve put their mothers through because of their career of choice – it certainly takes a tough woman to withstand it all.

In honor of Mother’s Day, Evolve Daily pays tribute to the women who helped mold these World Champions into the amazing individuals they are today. 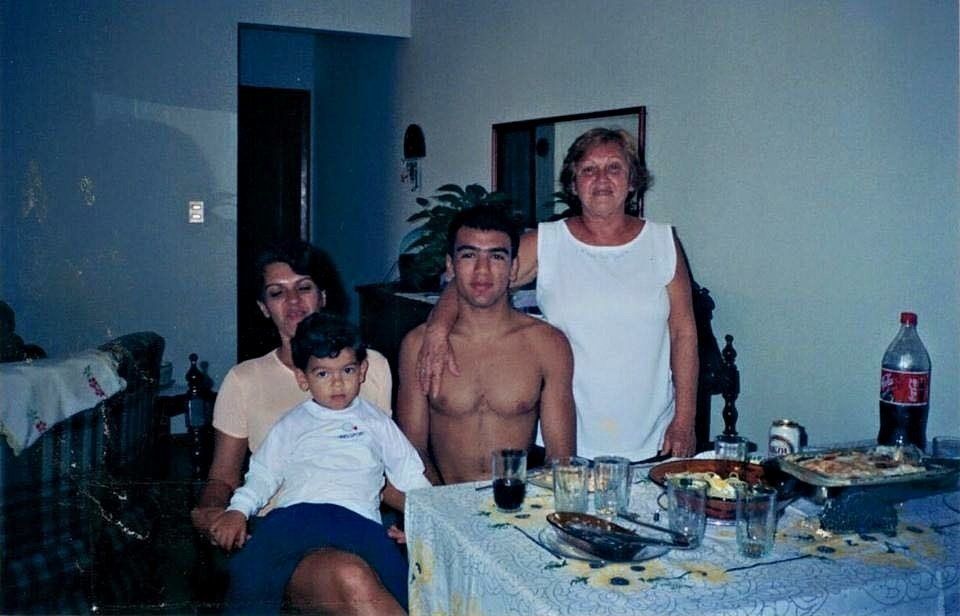 Brodinho in his teens with his grandmother Celeste, his mother Silvia, and son Leandro Thomas.

BJJ World Champion and ONE Superstar Leandro “Brodinho” Issa always had to work hard for what he had. Whether it was selling coconuts on the beach to make extra cash or folding newspapers, Brodinho was determined to live his dream of becoming an MMA fighter. He believes that he could have never have done it without his mother, Silvia Issa, and grandmother Silvia Celeste De Jesus.

My mom was a single mother; she and my grandmother raised me. My mother worked many jobs just so that she could support me. She did everything she could so that I would always have food on the table, while my grandmother watched me. When I decided to do BJJ, both my mother and grandmother were there for me every step of the way. They helped me look after my son, which was tough for me because I was very young then. Without them, I would have never achieved my dreams of becoming a BJJ World Champion and MMA fighter.”

Angela and her mom, Jewelz.

ONE Women’s Atomweight World Champion Angela Lee considers her mom, Jewelz, to be her best friend. Although Jewelz has her hands full with running a martial arts gym and attending to Angela’s siblings, she still manages to spend one-on-one “girl time” with Angela. Unlike most young women Angela’s age, Angela always turns to her mom for advice about anything and everything and considers herself lucky to have such an understanding mom.

My mom is more than just a “Mom”, she’s Super Mom. My Mom plays such a pivotal part in my life that if I didn’t have her, everything would completely fall apart. My Mom continues to show me what true love really is, each and every day. Unconditional, ever-lasting, selfless love; a mother’s love. She is my first teacher, my role model, and my inspiration. All that I am is because of her and everything she is, is all that I hope to be.” Young Yodteera with his mother.

During the first few years of Muay Thai World Champion Yodteera Sityodtong’s life, his family was relatively comfortable. But eventually, his family business fell apart, as did his family. His father abandoned Yodteera and his mother and they were left with nothing. He saw his mother toil day and night just to be able to support the two of them, and for that, he is forever grateful.

Although my mom was against me fighting Muay Thai, she eventually relented because she knew that it would keep me off the streets. Throughout my career, she was my biggest supporter. She would sell desserts on the streets just so we could have enough money for food and clothing. I knew she was having a hard time, so I gave my earnings from my first fight to her.” Petchboonchu and his mother on fight night.

In order for multiple-time Muay Thai World Champion Petchboonchu FA Group to pursue his Muay Thai career, he lived with his uncle, who was also his trainer until he was 15 years old. Although he was always training and couldn’t spend much time with his family, he always maintained a close relationship with his mother.

From the start, my mother was always encouraging me. She would make sure I was well-rested before and after my fights and would travel with me to other provinces just to watch me fight. She taught me many important life lessons, including the importance of being a good person, staying away from alcohol and drugs and the value of hard work and respect. As a kid, I remember seeing her always working, leaving our house early in the morning so she could work. It is because of her that I work hard, she has made me the man I am today.”

Multiple-time Muay Thai World Champion Nonthachai Sit-O started training Muay Thai at 9 years of age to help his parents make ends meet. As rice farmers, money was always tight, especially when they couldn’t harvest enough. To train Muay Thai, he had to move to the city, which was especially tough for someone so young.

My mother’s unending support motivated me to fight, no matter how tough my opponent was. Although I didn’t get to see her much because I lived in the camp, I would see her the day before my fights, and she would bring me treats. She’d also give me pep talks, which helped me build my confidence and boosted my energy in the ring. Because of these talks, I felt prepared and extra motivated to fight and win for someone like my mother who believed in me so much.”

We hope these amazing stories have inspired you as much they have inspired us. Mothers truly deserve recognition, and one day a year simply isn’t enough. Happy Mother’s Day to all mothers!