This Is Why Training Shouldn’t Be A Competition In your martial arts journey, you’ll often find yourself subconsciously comparing your skills, techniques and even weight loss success with your teammates. It’s only natural to do so. Perhaps you’ve sparred against each other or attended classes together, and noticed that sometimes, one of you was doing better than the other. Unfortunately, we get so caught up in the accomplishments of our peers that we end up losing sight of our own goals. Thus, it becomes necessary to take a step back and re-evaluate our attitudes towards training.

Our attitude towards training defines our success. When we think of martial arts as a journey, rather than a competition with our peers, it could make all the difference in helping us achieve our goals. Have you ever felt this way about training martial arts? Don’t worry; Evolve Daily is here to help. Today, we share the ways in which you can tame your ego and harness humility in your martial arts journey:

1) Revisit the purpose of sparring BJJ is also known as “The Gentle Art”.

As soon as we bump fists at the beginning of sparring, the first thing that comes to mind for many of us is how we’d like to finish our opponent. We think about which submissions or combinations we’d like to use and move on to the next opponent, proving to ourselves and everyone else how dominant you are in training.

Unfortunately, this is not the purpose of sparring. Sparring is just another way to practice techniques with a partner. It is how both you and your partner become better students, as you show each other what techniques work and which don’t. Sparring is not a proving ground to show who’s better and who’s not. Sparring is about learning and creating a relationship with your opponent.

The longer we practice martial arts, the more techniques we learn. Our movements become more fluid and some techniques become reflex. We understand what the essence of being a true martial arts student, and what it’s like to know more than others. However, this knowledge could lead to our undoing. Because we are more experienced, we have developed a feeling of superiority over those who have just started training. Naturally, we feel like we know more than they do.

But what happens when your partner, who is considerably more inexperienced than you, is able to escape your submissions and secure one himself? What if your partner was able to land a solid leg kick, leaving you on the floor?

Regardless of one’s level, there will always be a technique that one student will be better at. Refusing to admit this will make it difficult for you to progress or worse, injure you. Admitting that someone else is better than you will make you a much better student than you realize. It opens up more opportunities for learning, which would only be advantageous to your martial arts journey.

3) Your instructor is probably right Yodkunsup Por Pongsawang is a legendary trainer of World Champions and is widely regarded as one of the top striking coaches in Asia.

After decades of training and competing, there’s no doubt that our instructors have certainly paid their dues. And so should we. They are the products of hard work, grit, determination and perseverance. When they tell you to do a technique a certain way, they didn’t just make it up. It comes from years of experience. And depending on the instructor, the technique has probably been battle-tested too.

Even if your instructor doesn’t say it out right, every time you argue with him about a technique or the way he handles class shows disrespect to the martial arts journey he’s been through. So don’t push it. As patient as your instructor may be, don’t forget to show him some respect and give him credit where it’s due. Often times, we let our pride get in the way of our learning. After studying and practicing martial arts for a couple of years, we become more confident in our techniques. However, this confidence could stand in the way of our success. Because it’s impossible for someone of a lower rank to beat you during sparring, it doesn’t mean that it can’t ever happen.

Instead of letting our pride get the best of us and stalking away from the mats in anger, we should ask our training partner what we did wrong instead. One of the best ways to learn martial arts is by asking questions. Only your sparring partner, regardless of his or her level, will be able to tell you what you did wrong. From here you can work on your mistakes or ask your instructor how to work on them. Not only will this fill the gaps in your game but also give students of a lower rank a reason to look up to you. From that moment onward, you’ve become the high belt with no ego.

5) You can learn from anyone Brazilian Jiu-Jitsu (BJJ) is a martial art based on grappling and ground fighting. It focuses on the skill of controlling your opponent and applying techniques that force him or her to submit.

Regardless of whether you’ve sparred with a fourth degree black belt in Brazilian Jiu-Jitsu or a three stripe white belt, there is always something you can learn from any of your sparring partners. Because everyone is on the same journey to continuous self-improvement, being open to learning should be a priority. When you open yourself to learning from anyone, you immediately become privy to more knowledge than you would have in the past. Ultimately, this makes you a better martial artist.

6) Look at the bigger picture 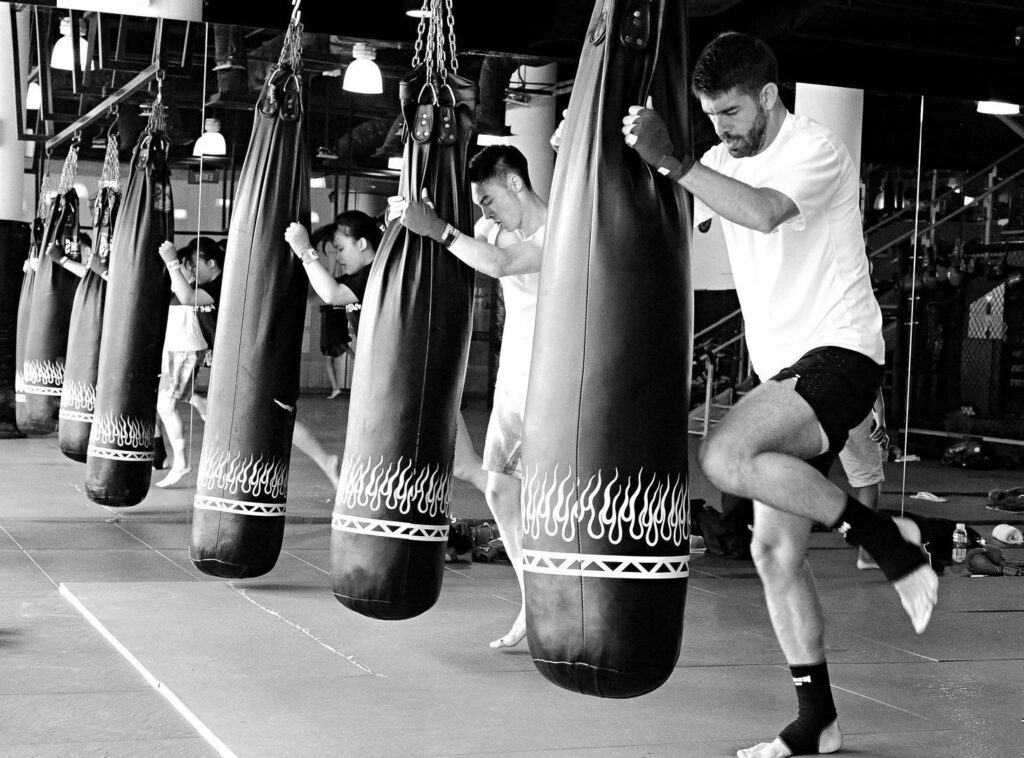 A knee for a muay thai fighter is similar to a jab or straight punch for a boxer.

In the end, you have to look back and think about what your goal really is. Is it to get better than everyone in class? Or is it to get better at your martial art of choice? If your choice is the former than you are not looking at the bigger picture. There is more to martial arts than just your class.

Your purpose in training martial arts should be to get better at martial arts as a whole. You don’t go into training with the objective to “beat everyone” during sparring. Instead, you should focus on improving yourself a little bit everyday to become the best martial artist you could be.

Instead of wasting our energy on other people’s accomplishments, we should spend it on improving ourselves. Getting tapped out and making mistakes are part of learning. Everyone, even World Champions, have their bad days in training and in competitions. But what separates them from everyone else is how they learn from their weaknesses and turn them into strengths. Just like Rocky Balboa once said; “It ain’t about how hard you hit… It’s about how hard you can get hit and keep moving forward.”