3 Things You Did Not Know About UFC Legend Rich Franklin 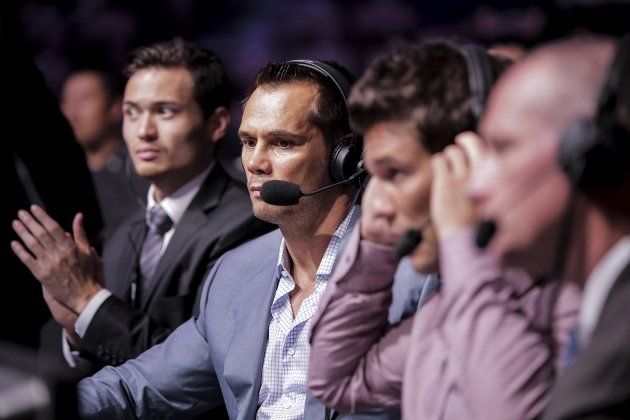 Former UFC Middleweight World Champion Rich “Ace” Franklin is a true mixed martial arts legend. He currently has one fight left on his UFC contract, which he proclaimed as his retirement fight in a recent interview. As the vice president of Asia’s largest fight promotion, ONE Fighting Championship, Rich’s focus has shifted from being inside of the cage to the behind-the-scenes action outside of it. Although he hasn’t officially retired from MMA, Rich continues to maintain a strict diet and workout comparable to his glory days as a UFC fighter. This proves that in this case, a fighter will always be a fighter­ – even if you take him out of the cage.

Rich has been part of some of the most memorable fights in MMA history. When asked about his ideal opponent for his final fight, he says,

It doesn’t matter who my opponent is, all I want is an epic battle like my Wanderlei (Silva) fights.”

Both fights were indeed so epic that they garnered the much sought-after “Fight of the Night” recognition. Rich won both fights via unanimous decision in similar fashion – Wanderlei was throwing nasty punches in the second round, almost finishing the fight. But obviously not enough to completely overpower Rich, who was able to strike back and knock the former PRIDE champion down soon after.

It was Rich’s fights against Anderson Silva that made him realize that rising from failure and learning from it was what had helped him change the course of his life.

Silva was the toughest opponent I’ve had,” says Rich, “In our first fight, the thought of losing my title was so foreign to me. Having my mom there to see it was really devastating.”

As painful as this experience was for “Ace”, he went on and used it as inspiration for his TEDxUChicago talk entitled “How to Be a Loser”.

In his speech, Rich recalled his fight with Brazilian Jiu-Jitsu black belt Travis Lutter in UFC 88, calling it his most memorable fight. He pointed to an image with Travis holding his arm securely in place for an armbar. “That’s my arm between his legs. I don’t have very flexible arms … but I was able to, in this particular position, to twist my arm, roll out and actually get back on my feet.” The resilience and will to win that Rich showed in this fight mirrors the former UFC Middleweight World Champion’s attitude towards life.

Rich’s ability to push forward through disappointment and loss has made him one of the most inspirational MMA fighters to date. It is also what helped him succeed in and out of the cage. In a brutal sport like this, where men are constantly proving their mettle, such an attitude is considered quite rare.

Everybody has low periods – whether it be from a loss or from personal issues,” Rich advises. “You shouldn’t delay dealing with a negative thought process, or it will create a downward spiral.”

He also has the unique ability to poke fun at himself. The Jim Carrey lookalike has received so many comments about his uncanny resemblance to the “pet detective” that he just goes along with it. “Three days before my title fight in Vegas, a woman asked me for an autograph,” Rich says. “I was more than happy to sign, but had to explain that I wasn’t really Jim Carrey. She refused to believe me so I finally gave her that Jim Carrey autograph she wanted so badly!”

It is safe to say that Rich defies the tried tropes of the typical MMA fighter. Raised in Cincinnati, Ohio, Rich grew up being exposed to the Midwestern values of tradition, humility, and honesty. He attended college and focused on becoming a high school math teacher. For Rich, becoming an MMA fighter was the last thing he expected.

My first love was football, but God did not bless me with a talent for playing professionally,” explains Rich. “I started training martial arts in high school, and continued when I was in college. And when I had an opportunity to pursue a dream, I asked myself – who would pass that up?”

Rich’s decision to follow his dream was solidified when a show called Full Contact Fighter told its viewers to “watch out for this kid.” “When I realized they were talking about me – that moment planted the seed of pursuing my dream,” says Rich.

Rich considers himself quite lucky to achieve all that he has attained, yet he manages to stay grounded through his insatiable need to learn. Currently, Rich is working on learning how to play the drums and perfecting his handstands. “I’m one of those people that given a challenge, I will learn to do anything,” Rich says. “I won’t stop until I’m proficient.” His new role as the vice president of ONE Fighting Championship, Asia’s biggest MMA promotion, is another learning experience that he has embraced. Rich explains, “The main difference is that I’m outside of the cage rather than inside. I love working for ONE FC. Their enthusiasm and work ethic are congruent with mine. I enjoy the people I work with, and the vision of this company, which is excellence, is seen in every show that is done.”

Aside from working with ONE FC, Rich gives motivational talks, promoting the importance of nutrition and living a healthy lifestyle. He has also invested in a raw juice company, and is in the process of preparing for another TEDx talk. “I’ll be discussing the difference between goals and motivation,” shares Rich. “Do not be fooled into believing your goal motivates you. Focus on the why and you will never need motivation.”

So why does Rich “Ace” Franklin do what he does? What is his goal? For him, it is to help others succeed. Seeing others triumph over their failures brings back the memories of his own personal journey. It is true that certain phases in our lives make us realize what is truly important. For Rich, his experience as a mixed martial artist has made him the person he is today.