3 Of The Best Wrestling Techniques For BJJ 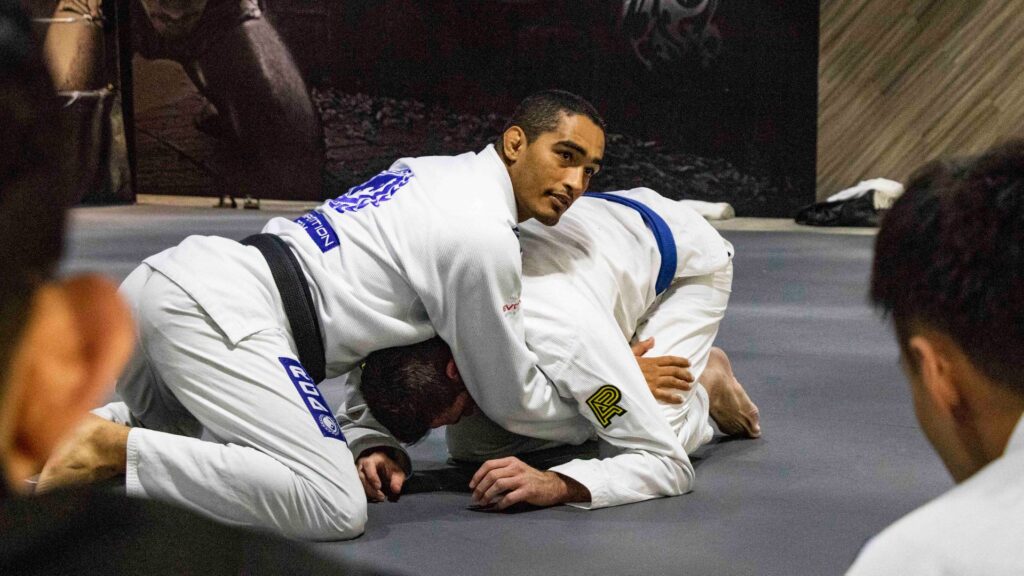 Although the relationship between wrestling and Brazilian Jiu-Jitsu (BJJ) has historically been one of challenge and opposition, recently this has become one of admiration as more and more techniques are exchanged between the disciplines. Cross training is nothing new, but the full adaptation of wrestling techniques for use in Brazilian Jiu-Jitsu has only become popular recently. As wrestling is an effective grappling sport it would be foolish to write off the techniques as impractical for BJJ. Take a look at our list of the most useful wrestling Techniques for BJJ, and make sure to keep an eye out for any you think could work in your game!

When discussing the best wrestling techniques for use in Brazilian Jiu-Jitsu, it should come as no surprise that there a takedown would be first on the list. While every BJJ practitioner is familiar with techniques like double and single legs, they may not be aware of one of the best techniques converted from wrestling, the Ankle Pick.

What makes the Ankle Pick stand out from the more traditional takedowns such as double and single legs is that it does not require the attacker to change levels and put their head and neck into danger. While a traditional shot requires one to change levels, putting their head into an area where the opponent can grab it for a guillotine or front headlock choke, the Ankle Pick does not. Instead of changing levels, the attacker initiates the takedown by stepping their lead foot behind the opponent’s target foot while pushing the victim’s head over the target foot, putting weight on it and making it difficult to move. As the combination of putting weight the target foot and blocking it from moving creates a situation in which it is incredibly difficult to escape, from here all the attacker has to do is reach down and grab the opponent’s ankle, driving them over and completing the Ankle Pick.

At no point did the attacker’s head enter an area where the opponent could grab it and threaten a choke. This relatively low risk makes the Ankle Pick a perfect option for beginners, both in wrestling and Brazilian Jiu-Jitsu.

While the front headlock is a clearly defined position in wrestling, many Brazilian Jiu-Jitsu practitioners tend to overlook it as a dominant position. It wasn’t until very recently that the BJJ community started acknowledging the positional dominance of the front headlock, instead of just viewing it as a set up for the guillotine choke. As Brazilian Jiu-Jitsu and No-Gi Submission wrestling continue to evolve, practitioners have repeatedly drawn inspiration from other grappling arts such as wrestling, adapting the positions that are most useful for the BJJ ruleset. As front headlock chokes are a staple of BJJ, it was inevitable that the front headlock would become widely utilized.

What makes the front headlock such a useful position for submission grappling rulesets is that if done correctly, it leads the attacker to one of two fortuitous positions: either a choke such as a guillotine or a Darce, or the back position. A good front headlock should immobilize the victim’s head, putting all the attacker’s weight on the back of the neck and driving it into the mat. A good rule of thumb is to make sure that when you are initiating a front headlock, both of your knees are off of the mat and your shoulder is on the back of your opponent’s skull. This will keep their head down, limiting their potential for escape or counter attacks.

From here you can choose which pathway of attack you would prefer based on your opponent’s attempts to defend. If the opponent insists on powering through your control by raising their head up you will have ample opportunity to lock onto your preferred front choke, whether that is a guillotine, Darce, or anaconda. If they accept that they are immobilized and don’t drive their head upwards, you can execute a quick go behind, putting you in the perfect position to take their back and attack from there.

The key to developing a good front headlock is to view it as a dominant position, not just a precursor to a guillotine choke. By looking at it as a position, and studying how that position is used in traditional wrestling, you will begin to develop an effective front headlock that leads you to successful submissions.

3) The Wrestler’s Guillotine (a.k.a. The Twister)

Perhaps the most unconventional wrestling technique on our list is our last. While typically Brazilian Jiu-Jitsu practitioners think of takedowns while discussing wrestling techniques, one of the most unconventional submission holds in all of Jiu-Jitsu originated from traditional wrestling. While credit to for the adaptation of the wrestler’s guillotine is given to Eddie Bravo, the hold’s popularity took off when it started to be implemented in Mixed Martial Arts by fighters such as Shinya Aoki and “The Korean Zombie,” Chan Sung Jung.

While the BJJ and MMA community recognizes the Twister as a ruthless submission hold, the wrester’s guillotine is utilized in wrestling as a pin. As a pin is obtained by holding the opponent’s shoulder blades on the mat for a consistent three seconds, the wrestler’s guillotine does just that, even if it is in an unconventional manner. Just because there are no submissions in wrestling doesn’t mean that the maneuver doesn’t hurt just as bad when utilized under a wrestling ruleset.

Not only is the Twister an unorthodox way to submit an opponent and win a bout, but it also provides a nice second option after taking the opponent’s back. Even though the back position is incredibly dominant, there will be some occasions where your opponent’s rear naked choke defense is just too strong. This is the perfect time to switch to a Twister, as your opponent will likely not see it coming. Not only does this wrestling technique look really unique and stylish, but it provides a perfect solution to a common predicament.

These three techniques are our picks for the most useful wrestling techniques for BJJ, but that is not to say that they are the only ones useful in BJJ. There are a plethora of takedowns, pins, and controlling positions that can be adapted from a wrestling ruleset into Brazilian Jiu-Jitsu, they just have to be discovered. Make sure you study wrestling diligently, keeping an observant eye for any techniques that could help your game!