5 Hollywood Superstars That Are Obsessed With BJJ We see actors in Hollywood movies, and all we know is just that they act. Seldom do we learn about their lives outside of the big screen. What are their hobbies? What sports do they participate in? It’s not highly publicized, but there are many A-list actors that are avid practitioners of Brazilian Jiu-Jitsu (BJJ). And although BJJ has only been around the states since the early 90’s, it is gaining popularity in many circles, from young children to Hollywood movie stars.

Here are just a few of the actors who you probably didn’t know that train BJJ. Have you seen them on the mats of your BJJ gym or the big screen lately? Vince Vaughn, is an American actor, producer, and comedian. He has starred in numerous movies including Old School, Wedding Crashers, Swingers, and Anchorman 1 and 2. A newcomer to the BJJ scene, Vince Vaughn is still a white belt. However, he takes his work and BJJ seriously.

If he works as hard in a BJJ class as he does on screen, he will be climbing the ranks quickly, making us laugh and keeping us entertained along the way. 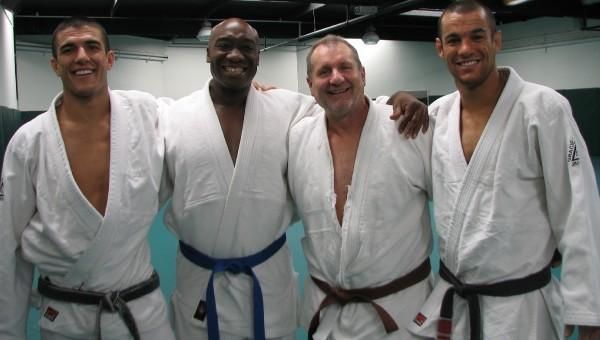 A BJJ black belt under Rorion Gracie, Ed O’Neill, is best known for his role in Married With Children, in which he played Al Bundy (the father). It was during the beginning of this sitcom’s 250+ episode airing, that a good friend of O’Neill’s, John Milius (director of Conan The Barbarian), invited him to check out a BJJ class at the Gracie Academy in the South Bay of Los Angeles.

Rorion was a 170-pound man and O’Neill was around 230 pounds at the time. The fact that Rorion, a BJJ legend, was able to subdue and control Ed in both top and bottom mount positions during a trial demonstration was enough for O’Neill to dedicate upwards of 15 years of training BJJ to earn the rank of black belt. 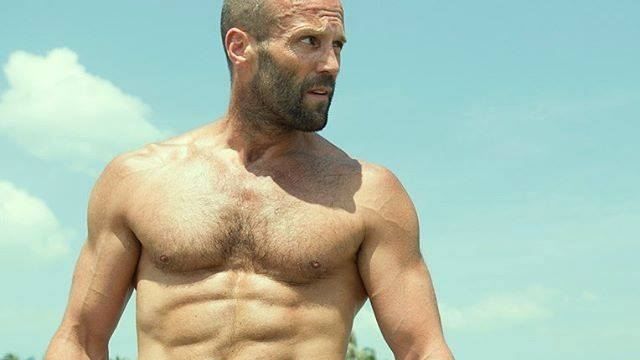 Before becoming a movie star and starting BJJ, Jason Statham was a competitive diver. (Image via @jasonstatham)

Action movie star hailing from England, Jason Statham, is an avid practitioner of BJJ. Statham has starred in Hollywood hits, The Transporter, The Italian Job, The Expendables series, Lock, Stock and Two Smoking Barrels, Crank, and many more.

For Statham, BJJ is the perfect martial art to be in, given his profession. It keeps him in impeccable shape and the skills he picks up translate to the types of movies he makes. Often embroiled in fight scenes in his movies, Statham incorporates skills and techniques that he picks up in his BJJ class.

Currently a purple belt in BJJ under Renzo Gracie, Statham has been practicing the art for upwards of 15 years.

Director of the famed Lock, Stock and Two Smoking Barrels, Snatch, and Sherlock Holmes movies, among others, Guy Ritchie, is a black belt in BJJ under the tutelage of Renzo Gracie. A lifelong martial artist, Ritchie attributes his interest in BJJ to watching Helio Gracie, the then 84-year-old BJJ grandmaster in the documentary, Choke.

Ritchie, wishing to be active down the road at 84 years of age, thus went to seek training with 10x BJJ World Champion Roger Gracie and his father, Mauricio Gomes. Shortly after, Ritchie went to New York and started training at Renzo Gracie’s BJJ gym. Ritchie would go on and get all his belts from Renzo on through to black belt.

Brazilian born actor Wagner Moura is a purple belt in BJJ. He is most known for playing the lead role of Pablo Escobar in the Netflix series Narcos. Having to play the role of the Colombian drug lord was no easy feat. And receiving the nomination of Best Actor for a Television Series Drama is evidence enough that Wagner took this role of Pablo seriously. Achieving a purple belt in BJJ is proof he takes exercise and BJJ just as seriously.

Parents enroll their children in BJJ classes to instill humility in them while keeping them active and agile. Professionals sign up at BJJ gyms because they want to exercise while learning self-defense, while others just find it therapeutic.

Whether they are training BJJ to help in their upcoming roles on the big screen, or they just want to remain in shape while learning to protect themselves, one thing is certain, practitioners of BJJ come from all walks of life.