The question mark kick is used in combat sports like Muay Thai, kickboxing, and karate. It is a deceptive technique that fools your opponent into thinking you’re attacking low when your intended target is high.

It’s an advanced Muay Thai technique, but it’s a straightforward move to master.

While the origins of the question mark kick aren’t clear, its effectiveness has been proven on various testing grounds, from mixed martial arts to high-level Muay Thai fights.

Fire one or two hard low kicks to your opponent so they start checking your kicks. Once your opponent starts expecting low kicks, switch things up with a question mark kick.

To execute the technique, you bring your knee up while throwing a low kick and redirect your legs, so it impacts your opponent’s chin. The quick shift redirects the force of the kick to its real intended target. The kick lands with enough power to end a fight when executed correctly.

Let’s take a look at some of the different ways to incorporate this technique into your arsenal:

1) Question Mark Kick With Your Back Leg

This is one of the most straightforward question mark kick variations to master since it involves kicking with your rear leg. That’s the leg you first learn to throw most kicks with when you start training any striking art, so the movement shouldn’t feel awkward to you.

A good setup for this question mark kick is a front kick or body kick. That gets your opponent expecting more attacks aimed at their midsection. Here’s what the technique looks like:

The mechanics of this technique are the same as the rear question mark kick. You also have to sell it by setting up the attack. A calf kick or lead front kick are excellent setups for this technique. Here’s what it looks like:

A roundhouse kick to the body is an effective way to set up the question mark kick, especially if you’re good at landing powerful body kicks. Those things sting, so it doesn’t take much before your opponent starts dropping their hands to protect their body.

To execute the technique:

4) Setting Up A Question Mark Kick With Both Legs

Here’s an advanced way to set up a question mark kick. You need to perform many drills to make this technique a part of your arsenal, but you end up with a potential fight-ending combination. Here’s what it looks like: 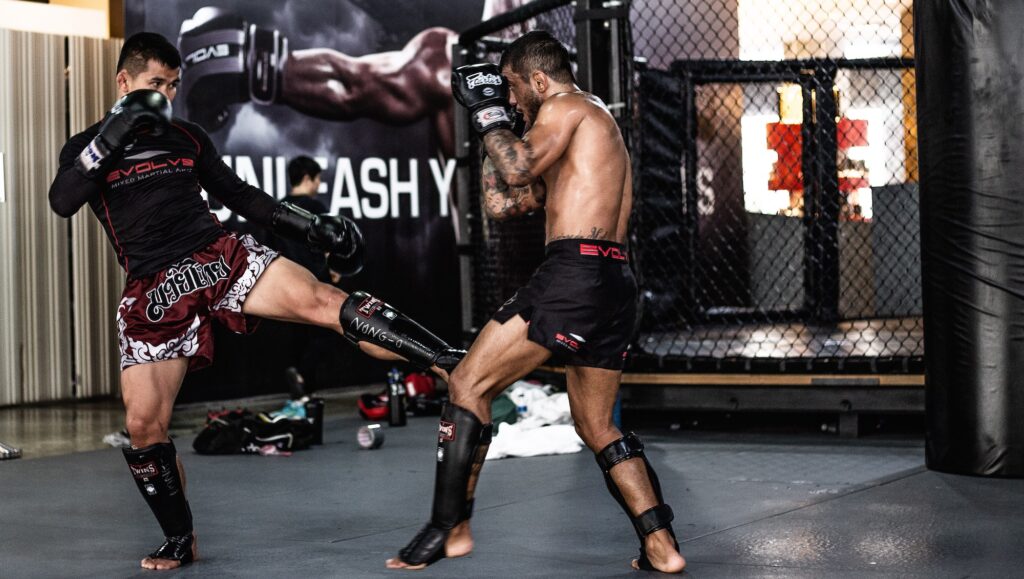 You don’t have to always aim for the head when throwing a question mark kick. You can reverse the technique and use it to land a powerful low kick. Here’s what the technique looks like: