When you first start training in a Muay Thai class, there will be a lot of information coming at you fast that will take time for you to pick up. Like any other learning journey, one of the best ways to progress quickly is to look at and listen to others who have mastered what you are trying to pick up. Luckily, when it comes to Muay Thai, Evolve MMA has some of the best World Champions to model yourself after.

Among his many accolades over a glorious career thus far, Nong-O has captured the Lumpinee World Championship four times, the Rajadamnern Stadium World Championship, and two national titles. He’s been named Fighter of the Year three times overall.

To say that he’s a living legend in the sport of Muay Thai is an understatement. Many Muay Thai practitioners around the world have tried to emulate his style and follow in his footsteps.

If you’re looking to become a better Muay Thai fighter yourself, Nong-O has you covered. The veteran fighter has come up with a few pointers to help take your Muay Thai game to the next level. Let’s hear what he has to say about how to become better in Muay Thai. 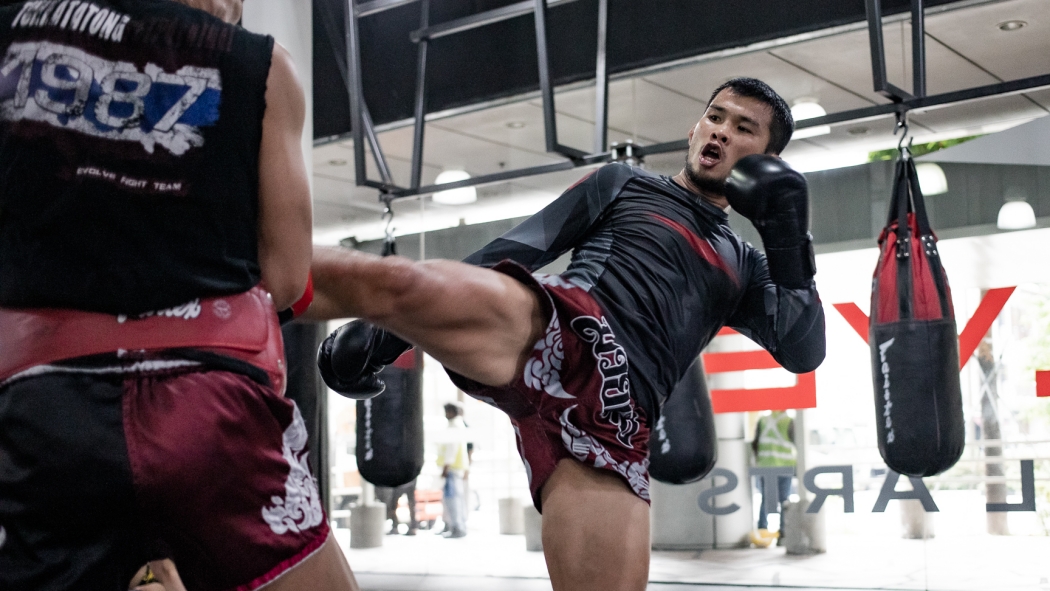 Muay Thai is both a mental and physical sport.

Perhaps more than any martial art, Muay Thai is a true test of an athlete’s physical and mental limits.

Action is explosive and rapid, and fights can end in an instant. That’s why it’s imperative that, before heading into any Muay Thai bout, a fighter is always in the best condition possible.

This means both physical and mental condition.

According to Nong-O, both are equally important, and you should work on strengthening all areas.

“When you train the body, you’re also training the mind. They become strong together,” says Nong-O.

“In the ring, your mind must be clear and strong. You must be mentally prepared to execute your offense when there is an opening. Muay Thai is fast-paced and explosive. It requires peak physical fitness, mental aptitude, and a strong spirit.” 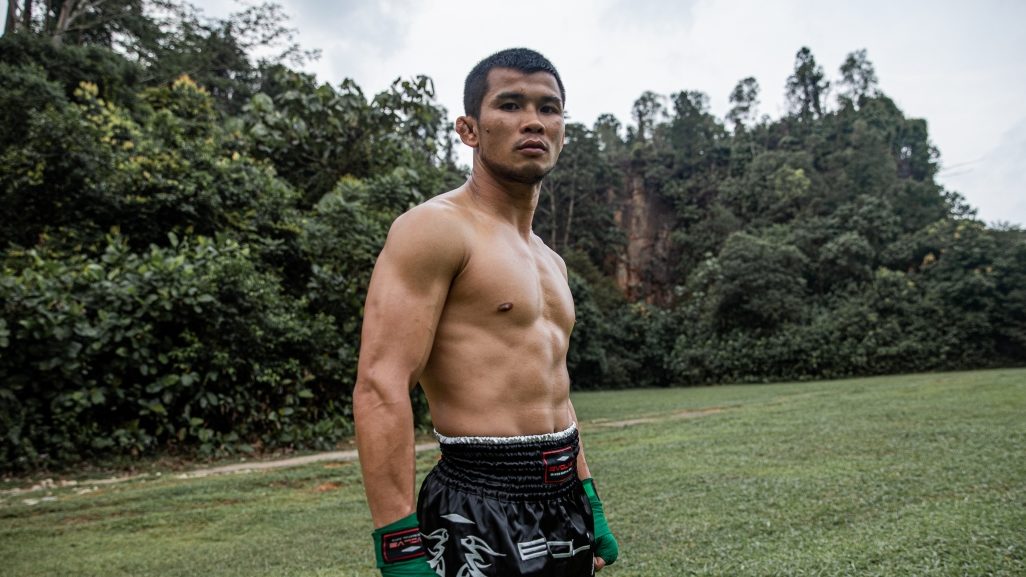 It’s amazing to witness Muay Thai fighters train, delivering a seemingly endless torrent of powerful kicks, sharp knees, and lightning-quick boxing combinations. You have to wonder where all that strength and energy comes from.

According to Nong-O, it comes from the core.

“Having a strong core is important because it will allow you to deliver your kicks and knees with force,” says Nong-O.

“Always work on strengthening your core every day with different workouts. Don’t be afraid to mix it up.”

Nong-O himself has made many opponents wilt under the pressure of his thunderous kicks. So he knows how important it is to have a rock-steady core.

3) Equip yourself with all weapons 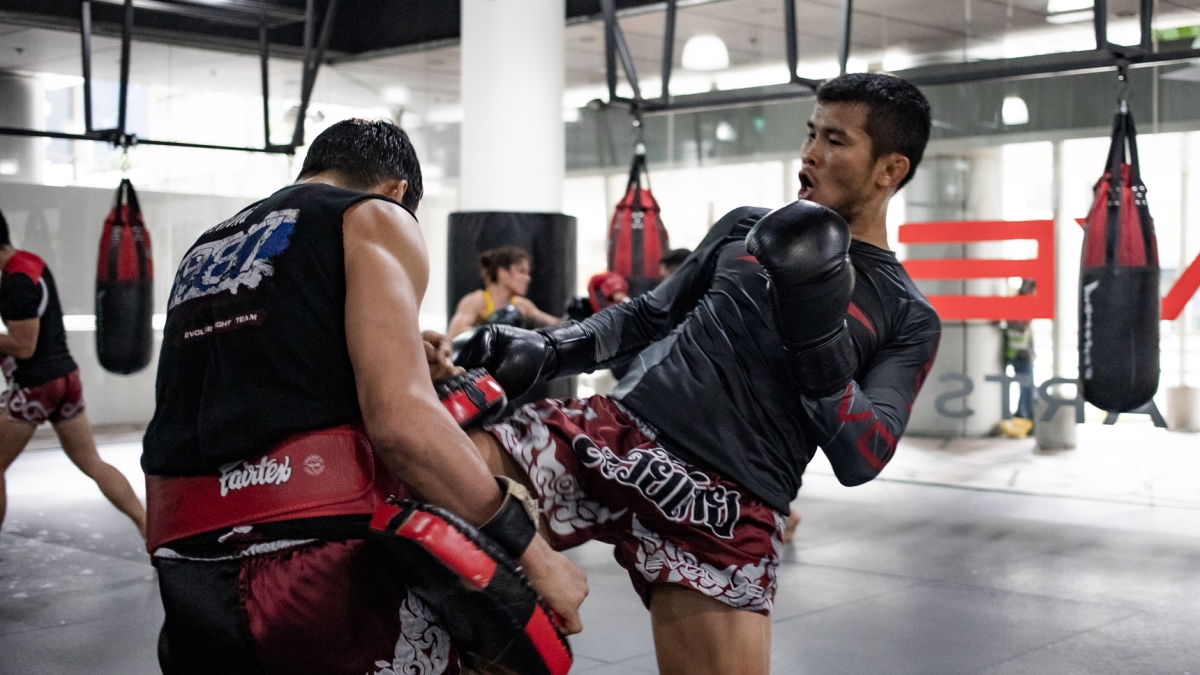 During a Muay Thai class you will kick, punch, knee, and elbow.

As is in any martial art, but most especially in Muay Thai, technique reigns supreme. Muay Thai, in particular, has a wide variety of techniques, from flying knees, to teep kicks, to switch kicks. According to Nong-O, it’s important to be well-equipped with a variety of attacks to use in different situations.

“You don’t want to go to battle with not enough firepower,” says Nong-O.

“So make sure you’re well-equipped with all the weapons necessary to go to war. This means developing all of your strikes — your hooks, uppercuts, elbows, knees, and more.”

Even more important than just merely having weapons in the bag, is the way you use your weapons. In the “Art of Eight Limbs”, Nong-O believes executing your offense with proper form is tantamount to success.

“You want your technique to be at its prime, really clean and effective. From your clinch, to your dumps, and even how to properly utilize them at the correct times. The more weapons you have in your arsenal, the more complete of a fighter you’ll be.”

4) Learn how to read your opponents

With an impressive professional Muay Thai record of 261-54-1, Nong-O has been around the block and then some. He’s faced a multitude of different styles and strategies, and more often than not, he’s overcome them.

One of Nong-O’s secret abilities is how he is able to analyze an opponent on the fly. In between rounds, Nong-O can make critical adjustments that ensure him victory.

“One takeaway from my own career, and I take very much pride in this, is the ability to read opponents and make the necessary adjustments,” says Nong-O.

“I’ve faced all different kinds of fighters throughout my career, and all of them have habits that leave them open. Every fighter has vulnerabilities, even myself. The ability to recognize these openings, and then capitalize on them will set you apart as a fighter.”

According to Nong-O, being able to read opponents does come with experience, but you have to be alert and observant at all times. You have to put yourself in a frame of mind, block out all the noise, and focus on mentally breaking down your foes in the ring.

5) Learn from your seniors 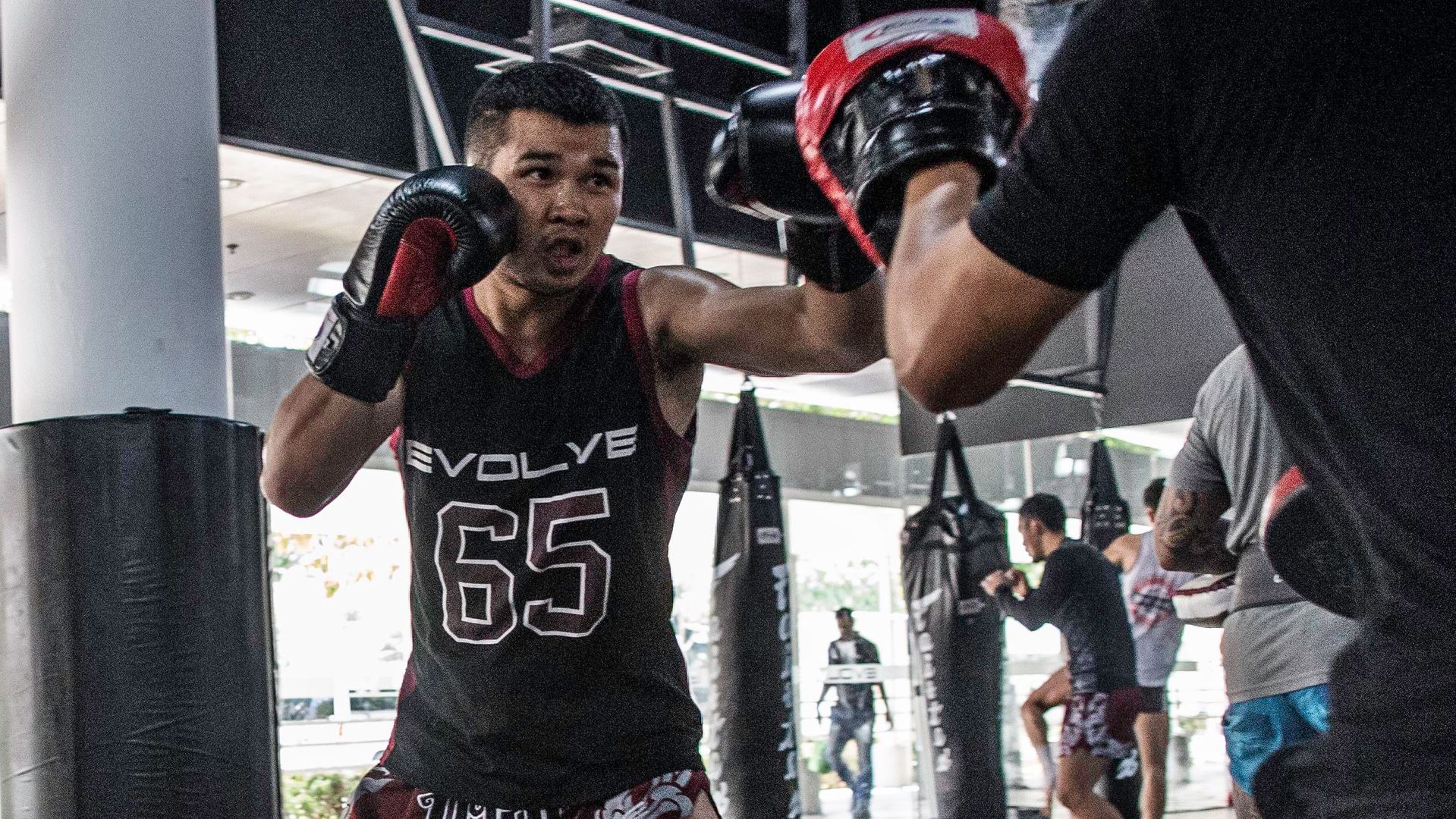 Last but certainly not least, Nong-O believes it will benefit you as a fighter to remain humble and take wisdom from your elders.

“This is one of the most important things – listen and learn from those with more experience,” says Nong-O.

“There is a wealth of knowledge and experience out there from those who came before us. We learn from each other, lessons in the ring, but even more importantly, lessons outside of it. Muay Thai isn’t just a sport, it’s a way of life. To become a true Muay Thai fighter, you have to live life both inside the ring and outside of it.”

So, if you’re looking to take your Muay Thai game to the next level, or get started on the right foot training under World Champions, sign up for a trial class today at Evolve MMA! 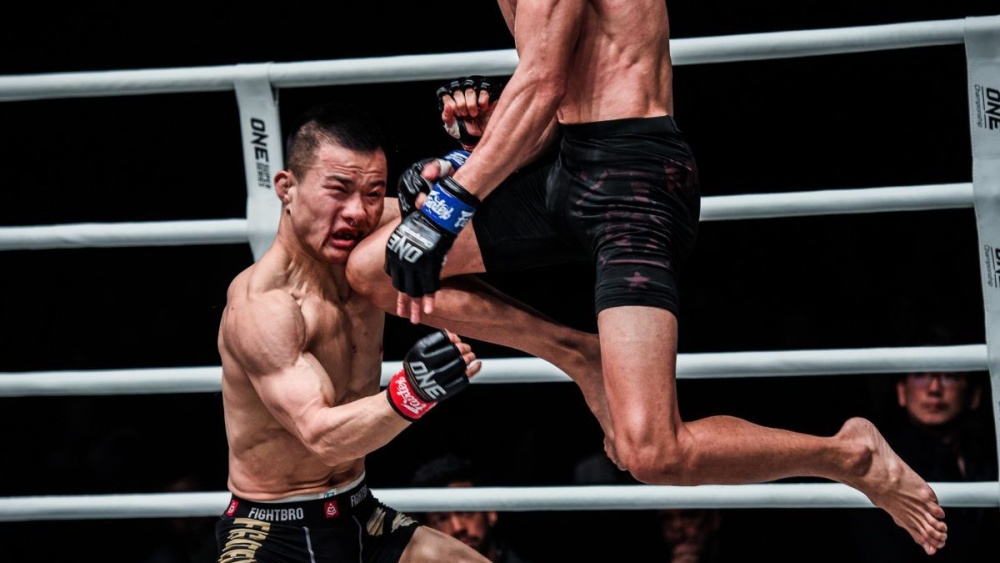 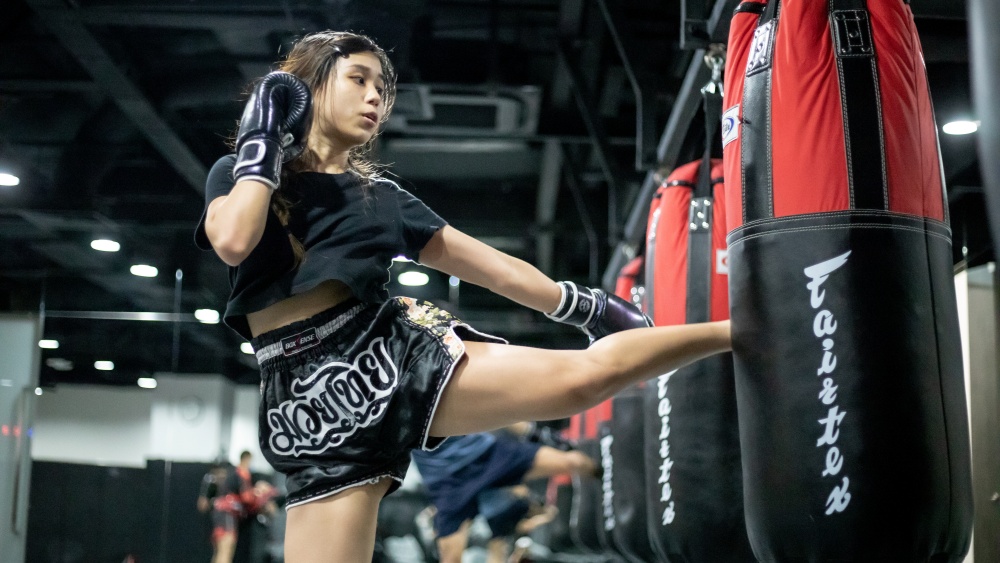 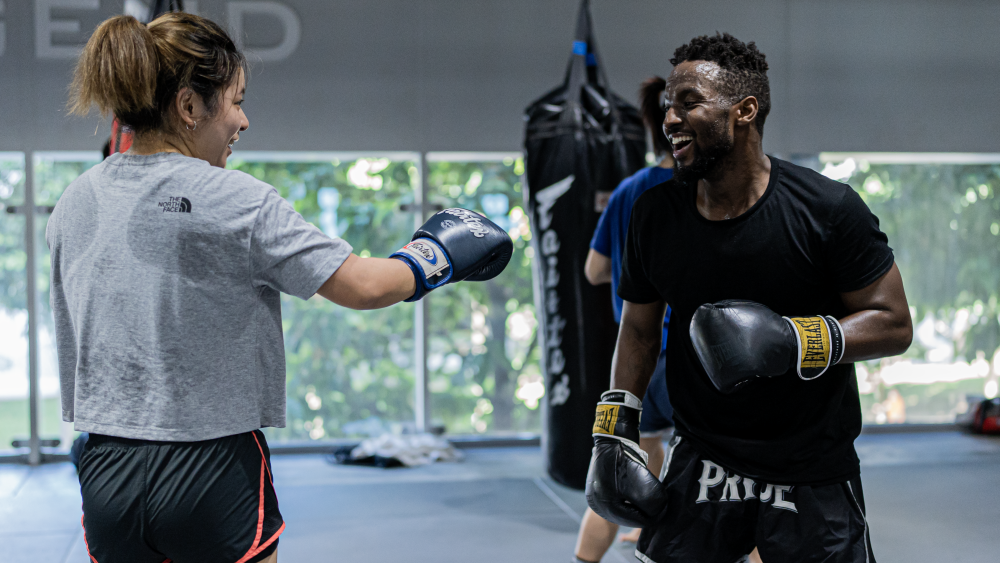