The 5 Greatest Counterpunchers In Boxing History Boxing, the art of hitting while not getting hit.

Simple enough in theory, sure. In practice, you will find that it is much easier said than done. The higher up the ladder you go in this sport, the better the quality of your opponents become. Think of it in terms of a video game, where the intensity and difficulty both increase the further you progress. The most difficult fighters to compete against are often skilled counterpunchers, given their extraordinary skill sets.

You see, the art of counterpunching is one that typically takes a long time to adequately develop. By nature, the counterpuncher is a defensive-minded fighter that looks to exploit gaps in their opponents’ defense. The “sweet science” is rarely exemplified as well as when a true great can master this style and make it work for them inside the ropes. In reality, this is one of the most difficult styles in boxing to pull off.

In order to convince as a counterpuncher, a boxer needs a number of key attributes. Other than a better than average understanding of the fundamentals, a counterpuncher also requires excellent reflexes, fast hands, great distance management, high-quality accuracy and efficiency of punches, and, of course, excellent defense.

Of course, these skills are just the tip of the iceberg. As you will find out in this piece, a great counterpuncher usually has that “x-factor,” too.

Let’s start with one of the most underrated boxers of all time, Gene Tunney.

While they say that true masters are not appreciated in their own time, that would certainly be true of The Fighting Marine. Unfortunately, Tunney never really got the love that he should have until years after he passed away.

Tunney is a very respected name among true boxing aficionados, however. Part of the reason for the high esteem he is held in decades after his death was his highly pioneering fighting style. With excellent footwork and a jab that was as accurate as a heat-seeking missile, Tunney used his high ring IQ and fantastic fundamentals as a compliment to his slick counterpunching style. Gene Tunney is a boxing legend that most modern day fans aren’t aware of.

While Tunney had the ability to land bombs, he was an accomplished student of the sport that put safety first. His legendary beat downs of the iconic Jack Dempsey demonstrated how calmly he could draw big punches from his opponents in order to “make them miss and make them pay.” This was the nucleus of the legend’s approach to boxing and one that saw him end his career with a record of 65-1-1 and 48 KOs. 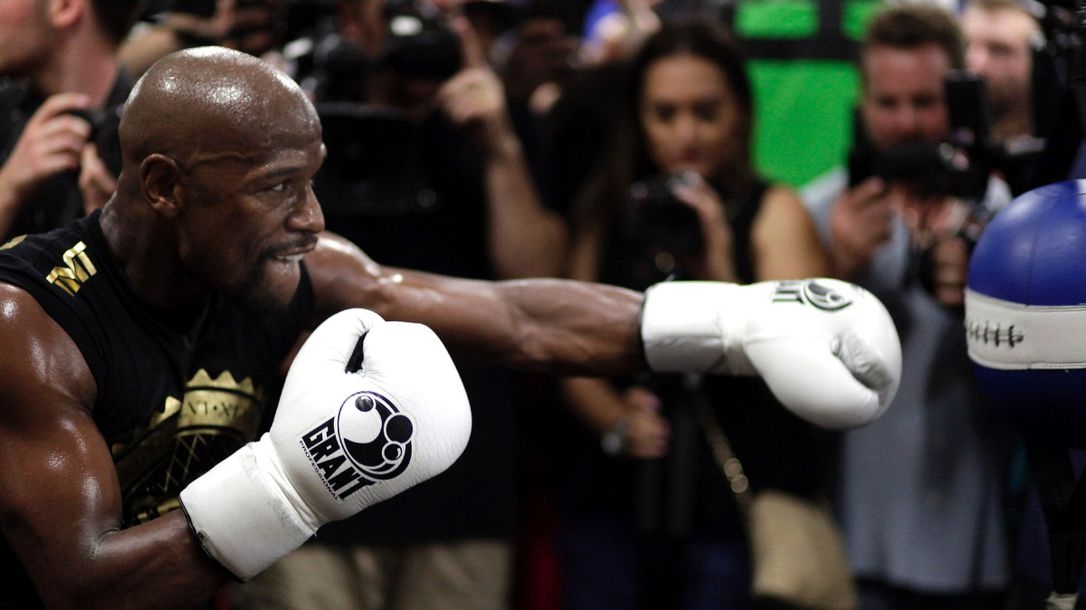 Floyd Mayweather Jr. is one of the most successful boxing legends of all time.

Love him or hate him. Praise him or deride him. Buy his fights or simply ignore his presence. It doesn’t matter one bit, because, objectively speaking, Floyd Mayweather is one of the greatest counterpunchers in the history of boxing.

In life, it can be easy to criticize a fighter’s quality due to his pompous or far from fan-friendly style. Regardless, Mayweather retired with a record of 50-0 and has all of his mental faculties intact. While money deserves little mention in this article, “TBE” also made a serious amount of loot while competing at the highest levels of the sport. To put it bluntly, he changed the meaning of the word prizefighter.

Mayweather’s ultra-defensive style was not what the casuals wanted to see. On the contrary, most spent over the odds for pay-per-views to see the brash American get knocked out. Regardless of the opponent, Mayweather always came out on top. Usually, without a scratch and with about the same frequency of hitting the floor as an astronaut has in zero gravity.

At the heart of Mayweather’s style, later in his career, was counterpunching. His distance management, jab, defensive abilities, and ring IQ made him almost impossible to hit. There is no doubting his greatness as a counterpuncher.

Muhammad Ali was a near-perfect boxer.

All heads must bow. All tongues must confess. Ali was the man.

Although he was far from the largest heavyweight to ever live, Muhammad Ali went up against stone-cold killers inside the ropes and usually came out on top. Despite fighting at the highest weight class in boxing, he had the speed, footwork, and fluency of movement you would associate with a welterweight or middleweight. He was awkward and unorthodox. Above all, he was one hell of a counterpuncher.

Ali’s ability to wind up and taunt his opponents outside the ring helped him to draw punches from them inside the ropes. He would wait for the right opportunities before treating them to a nasty surprise once they had committed. As time drew on and his reflexes and agility declined, the great man adopted a “rope-a-dope” style, bobbing and weaving until he found the right time to attack.

Ali is pioneer who will forever be a big loss to the world, not just boxing.

Speaking of underrated boxers, Wales’ Jimmy Wilde is one of the greatest fighters to ever live. Despite being just over 100 pounds and standing at just a couple of inches higher than 5 feet, “The Ghost With A Hammer In His Hand” is considered by many boxing experts as one of the hardest punchers, pound for pound, in the history of the sport.

As you can probably guess from his ring name, Wilde was a guy that you wouldn’t see coming. By the time you had registered he had tagged you, it was probably lights out. In 137 recorded fights, Wilde scored 99 KOs. It is believed that he took part in around 100 other bouts that missed the books.

Behind Wilde’s excellence were unbelievable agility, a low center of gravity, and extraordinary reflexes. He could give a fighter the impression that he was within punching range and destined to get hit, only to manipulate his body in the blink of an eye to make him miss. When his opponents missed, they paid the price. A big price, too.

One of the greatest punchers of all time. A top 5 all-time great boxer, at very least. And, it must be said, arguably the greatest counterpuncher of them all.

Archie Moore was all that and then some. Having competed from middleweight to heavyweight in a career that spanned 28 years, Moore fought and beat the best. Sure, things didn’t always go his way, but, for a man of his bravery, the test meant more than the win. 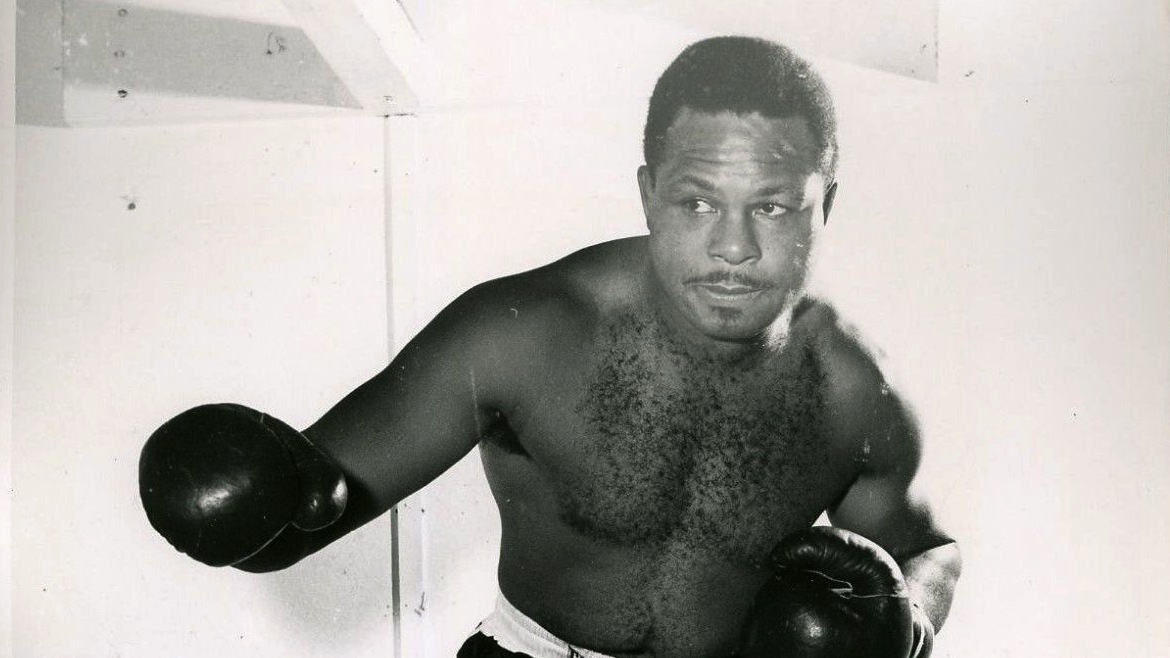 Archie Moore is one of the greatest boxers of all time.

In a career that stretched from 1935 until 1963, Archie Moore fought the best in the world from middleweight all the way to heavyweight. He is arguably the greatest light heavyweight of all time.

Known as “The Old Mongoose,” Moore’s most defining characteristics inside the ropes were his counterpunching techniques. His Philly Shell is legendary and allowed him to “stay dry while running in the rain.” He would use it to draw punches from his opponents before sniping like a vicious cobra to exploit the gaps and openings in their guards.

Although a ferocious counterpuncher, Moore also had devastating power. He ended his career with 131 KOs from 183 wins, too.