The Fearless 8: These Are 8 Of Boxing’s Hardest Punchers 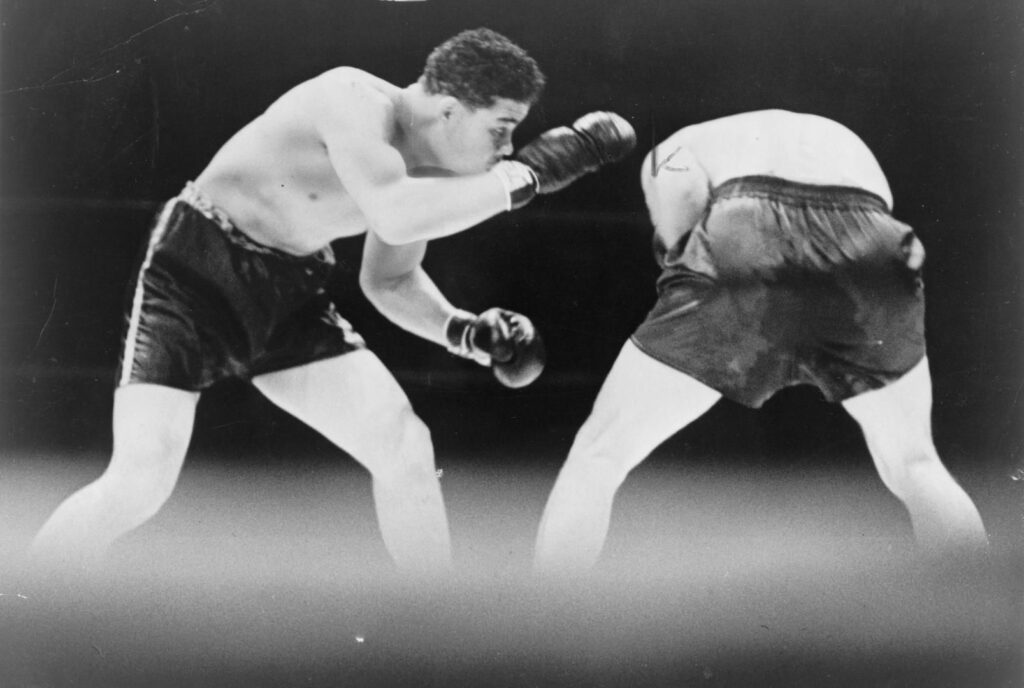 What goes into a powerful punch, one that is capable of knocking one’s opponents out with one blow? Surely it’s a combination of brute strength, perfect timing, accuracy, and power – all the aspects that make the sweet science so alluring for any boxing fan.

The boxers mentioned in this article are no strangers to knockout punches. With each punch they throw, the echo of the leather landing on their opponents’ bodies or faces is heard throughout the arena, despite the screaming fans. They’ve punched their opponents so hard, that the fight is over the minute their fists find that perfect shot. There’s no doubt that these heavy hitters have earned the respect they rightfully deserve not only from the fans but from their opponents and fellow boxers as well.

Today, Evolve Daily reveals The Men Who Have Gone Down In Boxing History As The Hardest Punchers:

A list about hard punchers could never be complete without “Iron” Mike Tyson. In 1986, Tyson became the youngest heavyweight champion in the world and showed the world his own aggressive style of boxing. Before Tyson, it was all about lasting all 12 rounds and endurance. But Tyson showed that beating your opponents into submission was just as exciting, if not more exciting. However, it was this aggressiveness that lead to his downfall outside the ring.

Regarded as one of the greatest, if not the greatest heavyweight champion of all time, Joe Louis went down in history with one of the longest title defenses and reign as champion. What’s interesting about Louis was that he often fought at cruiserweight during most of his greatest fights and was only 6’2, relatively shorter than the rest of the heavyweights. A boxing sensation of the 1930’s and 40’s, he was able to avenge his loss to Max Schmeling in a match called “The Fight Of The Century”.

Always moving forward, Lyle certainly was the epitome of a power puncher. In his career, he had faced some of the greatest heavyweights of all time, including Muhammad Ali and George Foreman. Although he had never won a world title, he certainly put up a battle whenever he stepped into the ring. When he fought Ali in 1975, he had beat “The Greatest” on all three cards when he was TKO’d in the 11th round. This stoppage was considered controversial. His fight against Foreman was also very close, dropping Foreman two times in the 4th round. This fight was considered to be one of the greatest and most exciting in boxing history.

Tommy “The Hitman” Hearns was the first fighter in history to win world titles across four different divisions and eight titles from six divisions before he retired. Before losing to Sugar Ray Leonard in 1981, Hearns dominated his division by going on a 17 KO winning streak. Probably the only non-heavyweight in this list, Hearns certainly had the power of one. In 1984, Hearns famously knocked out Roberto Duran with one punch – a feat that went down in history as one of the most shocking wins in boxing history.

To read more about fast knockouts, check out our article.

With a boxing legacy spanning over three decades and a KO record of 83.9%, Foreman remains one of boxing’s hardest hitters of all time. What Foreman lacked in finesse, he made up for it with brutal punches, especially his short right hand. In 1973, Foreman made a name for himself in the boxing scene by knocking out Joe Frazier, who was previously undefeated. 21 years later, he came out of retirement to take the World Heavyweight Championship title from Michael Moorer, a man 18 years his junior.

When it comes to power punching, there’s no doubt that the ferocious Wladimir Klitschko would be part of the list. Dubbed “Dr.Steelhammer”, Klitschko‘s jabs have the ability to turn into a devastating hook, much to the dismay of his opponents. His cross, as well, has been known to drop opponents and stop them in their tracks. With 53 KOs from 63 wins and 3 losses, Klitschko has definitely earned his place with the heavy hitters of boxing.

Although Sonny Liston had a rough start in life, he found a way to redeem himself through boxing, which he discovered in prison as an outlet. Throughout his career, Liston amassed a record of 39 knockout wins out of 50 career wins, including one over Floyd Patterson, the first heavyweight champion to go down in the first round.

Possibly one of the few boxers to retire as an undisputed world champion, Lewis was known for his ability to box his opponents into submission with his jab and right hand. At 6’5 with an 84” reach, Lewis would beat his opponents at a distance and keep them there, finishing many of his fights early. With this, he was able to stay at the top of the heavyweight division for 10 years.

There’s no doubt that these boxers have left a legacy that is certainly worth remembering. They will forever go down in history as boxing’s most feared fighters, capable of inflicting raw pain on all their opponents. So tell us, who’s your favorite?

The Top 5 Greatest Defensive Boxers Of All Time