The History And Origins Of Luta Livre If you are unfamiliar with the Brazilian catch wrestling discipline Luta Livre, you are not alone. Luta Livre shares a common connection with the world’s most popular grappling sport, Brazilian Jiu-Jitsu (BJJ). Where they differ, however, is that the former is not held in the same reverence outside of South America’s largest country.

Regardless, at home, Luta Livre and BJJ are far from sports that have held each other’s practitioners in high esteem. In fact, behind the origins and evolution of these two disciplines lies a deep rivalry. There have been some famous cross-discipline feuds that see Brazil’s most renowned martial arts forever linked.

Unfortunately, the sport has never really taken off around the world. Well, not in the same way as BJJ. There are many reasons why this is believed to be.

By now, you’re probably wondering what Luta Livre is all about. So, let’s get down to business. 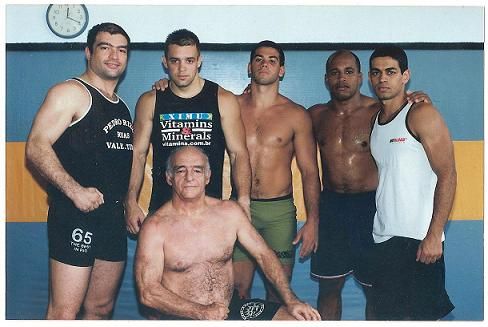 The name Luta Livre appeared in Brazil around 1909 and is a term that translates to “wrestling” in Portuguese. Given that strikes, chokes, and holds were permitted in the sport, Luta Livre was regarded as pioneering. It was a sport described as one for ”poor kids that couldn’t afford a gi,” which emphasizes its connection to BJJ.

The man accredited with the early development of the martial art was Euclydes Hatem, who began teaching his variations of catch wrestling around 1927. Hatem, otherwise known as “Tatu,” went on to challenge many fighters of other disciplines and was the highest regarded practitioner of the sport at the time. One of his most notable fights was against the talismanic BJJ legend, George Gracie.

Hatem beat Gracie by way of a bent arm lock. This marked a huge accomplishment for the man and the sport of Luta Livre, despite protests by the Gracies. The BJJ family threw accusations of rule-breaking and cheating at Hatem, spurring a rivalry in the protest. The antagonism between the Gracie Jiu-Jitsu clan and the Luta Livre crew would not die down any time soon.

A Tug of War 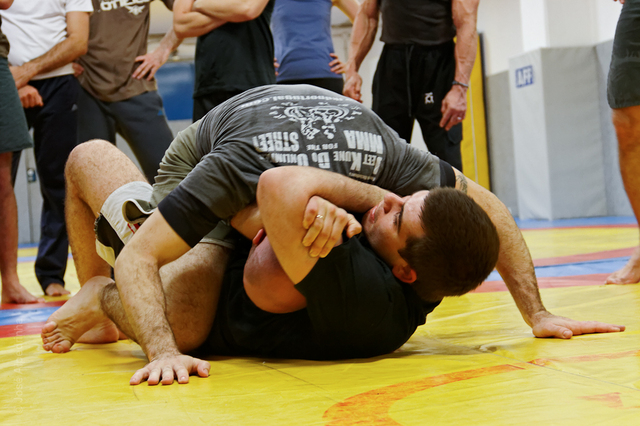 The founders of BJJ and Luta Livre have had a long-standing rivalry.

Over the years that followed, many famous fighters continued to stem from the Luta Vitre and BJJ camps. One fighter of note was Euclides Pereira, an accomplished fighter with an unbeaten track record. Pereira had been fighting in Vale Tudo since he was 17 years old, and he set out a challenge to the renowned BJJ practitioner, Carlson Gracie. Following 5 years of negotiations, the contest finally took place in 1968.

Carlson Gracie was admired for his excellent groundwork and was widely considered as a dangerous tactician on the Mat. Pereira, in turn, utilized his superior striking skills throughout their arduous 50-minute battle. The decision was given to the Luta Livre fighter.

Controversy raged once again with Gracie calling foul, complaining that the judges didn’t penalize Pereira for momentarily leaving the ring to avoid a guillotine choke.

The Luta Vitre legend went on to fight for another 25 years before retiring with a jaw-dropping 258 wins with no losses on his record, although this record is hard to fully verify. With his popularity, it looked a great bet that Luta Livre would continue to dominate Brazilian martial arts circuits.  Fighters such as Roberto Leitao, for example, contributed to the success of the sport.

With the Luta Livre scene at its peak, the 1980s saw fighters such as Eugenio Tadeu and Hugo Duarte flying the flag for Luta Livre. Like those that went before them, the fighters sought out the toughest competitions BJJ had to offer. In 1988, Duarte, a rising star in Luta Livre, insulted the Gracie family name. Rickson Gracie tracked Duarte down to the beach. A passing tourist filmed Gracie slapping Duarte to the ground, before mounting him.

These types of conflicts would continue between BJJ and Luta Livre as both camps wanted to claim the top spot for their retrospective disciplines. All of the contempt and conflict between the two sides would soon come to a head, and it would deliver a serious blow to Luta Livre and stunt its future growth.

In 1997, Pentagon Combat – a competition created to highlight bouts between the BJJ and Luta Livre camps – was initiated. The main event was to feature Luta Livre star Eugenio Tadeu and BJJ master Renzo Gracie. The venue seemed to overlook the tensions between the groups of supporters, so security was very low at the event, consisting of just a few police officers.

As the fight was in full swing, Luta Livre supporters started to invade the stage. Scuffles broke out when Renzo Grazie was kicked in the face from the sidelines, as he got up he was struck again, and all hell broke loose. Fans began to riot, throwing chairs at each other whilst fights broke out all around the arena. Eventually, the fight was stopped, with no winner declared. 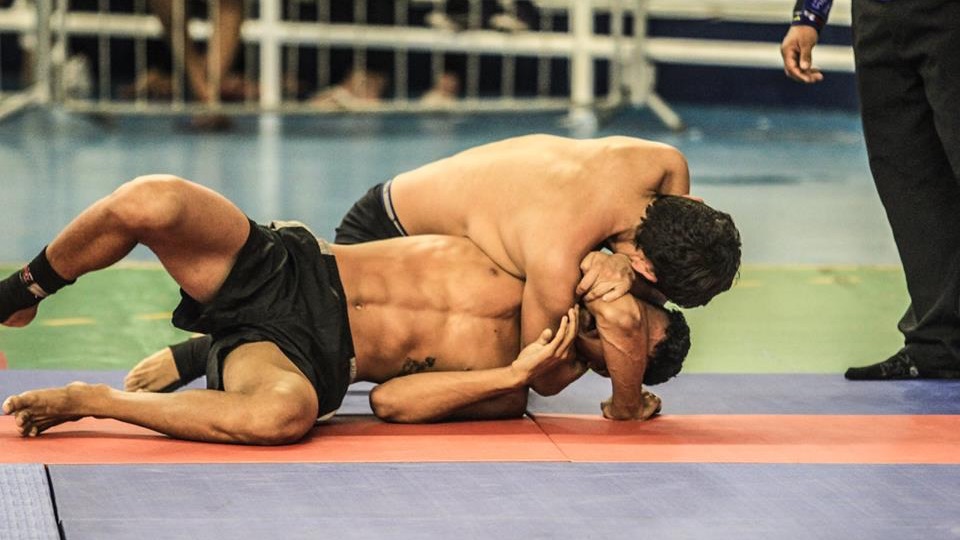 BJJ was able to expand its popularity around the world more successfully than Luta Livre.

The riot forced the authorities in Rio de Janeiro to ban all MMA demonstrations for 10 years, and this had serious repercussions on Luta Livre as a combat sport. In the years following the incident, the popularity of Luta Livre began to nosedive. Although national, international, and world Luta Livre championships were held in Brazil during the 1990s, the ambiguity of rules and bad reputation of the sport hindered its progress.

On the flipside, BJJ was becoming the most popular discipline in MMA after the Gracie family had exported their creation to the UFC with Royce Gracie dominating its first competition. The jack of all trades approach contained in Luta Livre was quickly falling out of favor as more fighters began to migrate to BJJ. BJJ grew and continued to flourish as its bitter rival Luta Livre became seen as irrelevant to modern-day MMA.

As the UFC and MMA began to grow, BJJ became one of the most important disciplines in a mixed martial artist’s arsenal of weaponry, further pushing the discipline down the pipe.

In terms of rivalries, few have ever been settled with as much conviction as the one between BJJ and Luta Livre. Despite spawning Vale Tudo – a sport that is seen as an antecedent of MMA – BJJ gets all the love around the world.