When you begin learning the sport of Muay Thai, you often start with the basic strikes, utilizing your hands, elbows, knees, and kicks. These are fun and exciting to learn and execute. While sometimes the defensive side of Muay Thai might seem like a little less fun as you are first diving into the sport, it is clearly an incredibly important and vital part of any Muay Thai athlete’s game. Defense is just as important, if not even more important, than offense, making it one aspect that needs a lot of your attention.

A solid Muay Thai game built around both offense and defense will yield you the most success in the ring as you aim to dominate your opponent. Plus, a good defense will help open up offensive opportunities for you as well, giving you a chance to land the strikes you want in return.

The teep, also known as a push kick, is a highly utilized lower body defensive technique in Muay Thai. It’s quite a unique defensive technique, as it can be used as both a powerful defensive and offensive move simultaneously. The teep offers the benefit of being great for keeping or maintaining range too, making it a preferred technique for defending and maintaining distance. Here’s how to execute a basic, rear leg teep:

There are many variations of the teep, including using both the lead and rear legs alongside various footwork patterns. Some benefits of using the teep defensively:

A check is another lower body defensive move. It is great for stopping low kicks, but if you haven’t perfected your checking technique or worked to condition your shins, one can be physically difficult for newer students.

Shinguards are a great way for newer students to begin practicing this vital defensive move while protecting their shins through the process. Here’s how to execute a check when a low kick is coming toward you:

A parry is an easy defensive move that is commonly used in Muay Thai to manage jabs and crosses. It’s a simple and effective defensive technique that allows you to block a punch. When coupled with good footwork and head movement, it also allows you to find an angle on your opponent and return with your own strikes. Here’s how to execute a basic parry:

The parry often lends towards follow-ups as you block and move around your opponent.

This defensive move is a great one for finding a solid angle on your opponent while boxing on the inside range. It is a move typically used to defend against a hook, and it generally helps you to move closer to your opponent, too, making it lend well towards knee and elbow follow-ups. Here’s how to execute a bob and weave defensive move:

The bob and weave is a great defensive move but definitely requires good movement and technique to execute.

The slip is a quick and evasive defensive move that allows you to get your head off line without taking any damage in the process. It is ideal for defending against jabs and crosses coming straight down the middle, and when accompanied by good footwork, lends well towards counterstrikes on your opponent.

Here’s how to execute an outside slip when the jab or cross is coming at you:

Be sure as you practice your slips that you move as much as needed, but no more. Avoid overreacting and moving your head so far that you open yourself up to a head kick or an easy follow-up strike from your opponent. 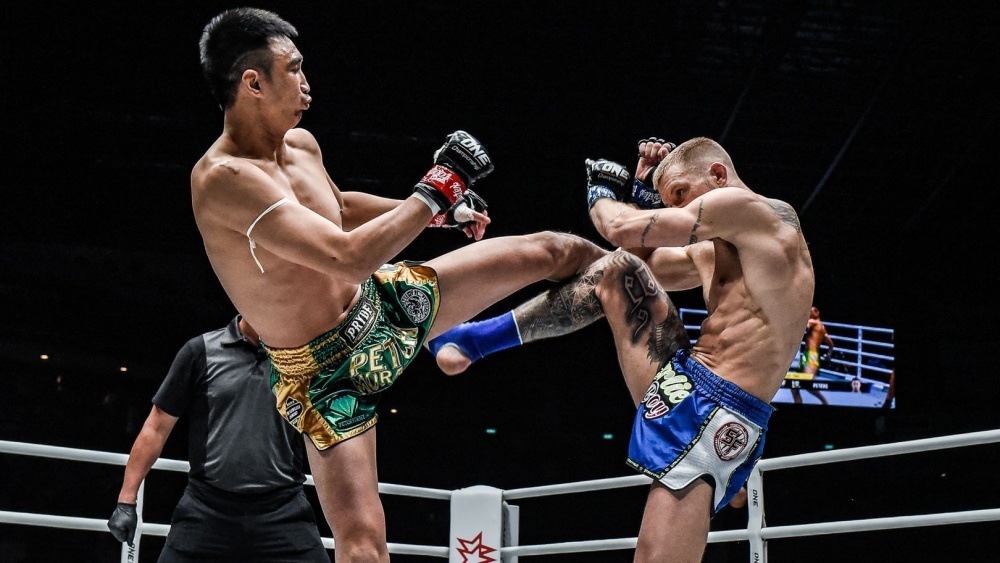 Covers are a simple to learn and effective way to block a punch at your head or body. The down side to covering up is that you are still taking on some damage, albeit to your arms instead of your body, but still, strikes to the body add up over time.

Generally speaking, they help deflect much of the power from more sensitive parts of your body, like your head or your kidney or liver, and are instead mostly absorbed by your arms. Here’s how to execute a cover:

Covers are a simple defensive move that is often first taught to new Muay Thai athletes as its simplicity is generally quite easy to grasp and execute. Covers are great for last-minute defenses when you didn’t see a punch coming in time to get out of the way, and they are easy to follow up with your own strikes.

Plus, since your hands are generally kept up by your face anyway, drawing them in tighter to cover from a punch is only a small movement. Simply cover to defend against the strike and immediately throw a counter strike using your other hand.

Catching the kick is a more advanced way of dealing with a kick being thrown at the body, but it is an ideal way to stop the kick while possibly landing the sweep or returning strikes to your opponent.

If you start catching and countering, you’ll find your opponent less likely to continue throwing body kicks, too. Here’s how to execute one type of (among several) catch kicks:

The best defensive techniques are the ones that allow you to completely get out of the way and avoid taking on any damage at all. Leaning out of the way is an excellent option if you are able to see the strike coming with enough time to lean.

This takes practice and an understanding of timing, but once you get the hang of it, it is an easy defensive technique to execute while allowing you to easily move back in for counterstrikes. Here’s how to execute leaning out of the way from a head kick:

Getting out of the way is a culmination of a variety of defenses. It requires good footwork and head movement but can be combined with slips, covers, leaning, and more to accomplish the goal of simply not being in the spot where the strike will land.

Here’s how to use getting out of the way: 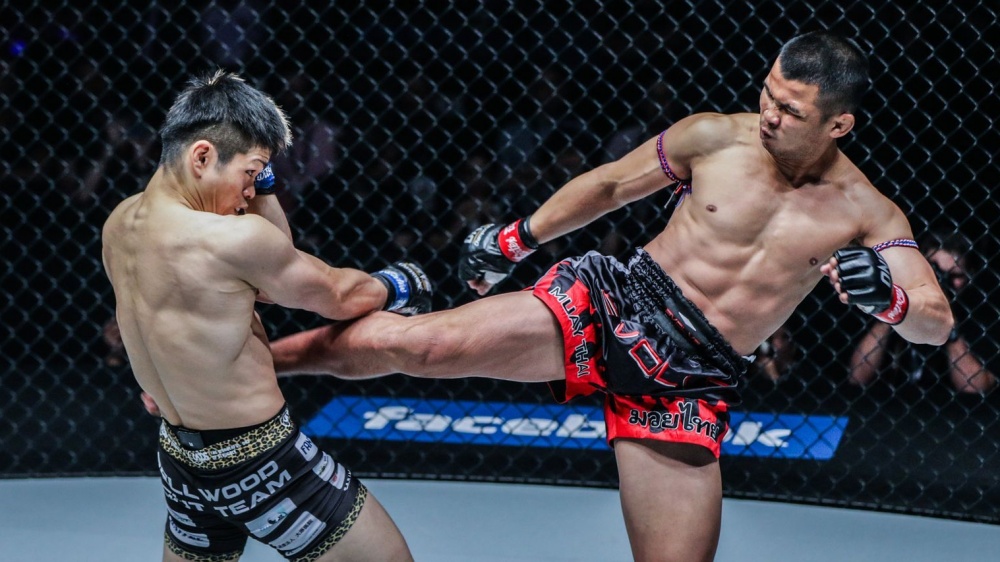 Sometimes, believe it or not, offense is the best defense. If you are the one throwing and dominating the striking, it can be incredibly difficult for your opponent to throw powerful or meaningful strikes back toward you. In this case, your offense becomes your defense. Here are some examples of how your offense can be executed as your defense, too:

If you can use offense as defense, you will quickly find yourself ahead of the game and dominating in the ring. Offense is truly the best defense.

It is helpful to utilize this defensive technique if you are finding it difficult to keep an opponent at a good distance. It’s an excellent technique for distracting your opponent’s line of sight, making it easier to protect yourself and return counterstrikes, too.

These 10 defensive techniques are all considered “essential” for Muay Thai. While some require more time training to truly master, they are all techniques that should be worked on, drilled, and practiced from the beginning of your Muay Thai training.

The better you get at each of these techniques, the better your overall defense will become. When you are able to utilize multiple techniques back to back, you will be able to best match your defense to your opponent’s offensive style, giving you the highest chance of dominating the match.

If you are looking to really up your Muay Thai and your defensive game, be sure to attend one of Evolve’s complimentary introductory Muay Thai classes to learn from world-class coaches.