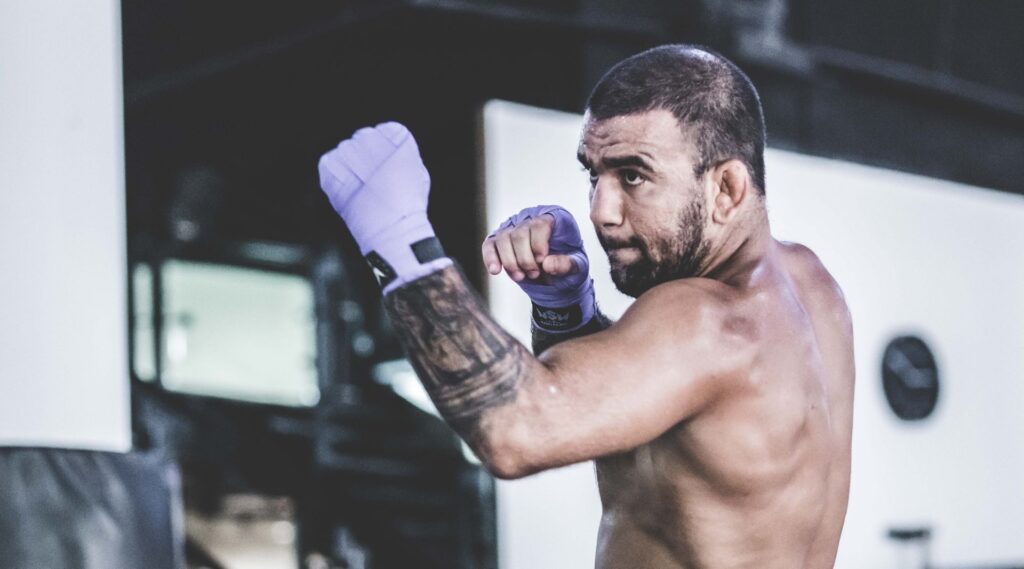 A boxer’s base is the foundation of offense and defense. Having good, strong legs keeps you on your feet, allows you to punch harder than ever before, and gives you the ability to dance circles around your opponents.

If you’re serious about your boxing training, punching power and combinations are not the only things you should be training. Many people often neglect training the legs, not knowing that this is a fundamental aspect of being a good boxer. In boxing, a lot of emphasis is placed on lower body movement.

You use the legs to move across the ring. You use them to generate power and to evade your opponent’s attacks. Through constant training, we are able to use our legs more efficiently and with better technique.

Don’t forget to train your legs, because it is definitely an important part of your boxing training. Today, Evolve Daily shares four reasons why strengthening your legs can improve you as a boxer.

1) Your power comes from the base

5 Tips For A More Powerful Punch!

Yes, you punch with your fists, but the power that is generated with your arms alone is not enough to deter an opponent or gain his respect. For extreme power, you have to generate kinetic energy that emanates from the base. Sitting down on punches more increases power and thus improves offense.

Leg strength is of utmost importance when discussing punching power in boxing. The biggest punchers in the sport all know that focus on building leg strength directly affects their power in the ring.

Successful fighters give ample attention to developing their leg muscles. Not only do strong legs translate into a tangible increase in punching power, they also improve several key aspects of a boxer’s offense and defense.

2) Footwork lets you dance in the ring

One important aspect of both a boxer’s offense and defense is the all-important footwork. Footwork gives a boxer the ability to dance inside the ring, allowing movement of maximum fluidity. The way a boxer moves across the ring with grace and purpose is the sign of a highly-skilled fighter.

Side-stepping, pivoting, ducking, bobbing, weaving, and moving at angles all require strong legs, so it is important that boxers place a great deal of emphasis on developing leg strength. More often than not, the boxer with superior footwork and movement usually has a distinct advantage in fights.

Naturally, footwork drills are the best way to go when developing sound and coordinated movement of the feet. It also helps strengthen the calves and glutes.

3) It gives you superior endurance

Leg strength is also super important when talking about endurance. As you may know by now, endurance is a big part of boxing. The ability to move from the very first round, all the way to the sound of the final bell plays a significant role in both victory and defeat. A supremely conditioned athlete, especially one with strong legs, can last an entire bout and maintain a constant energy throughout.

More than half of a boxing match is anaerobic activity. The intense surges in energy requirement dictate that boxers must have ample strength in all critical muscle systems in the body, including the legs.

So make sure to never neglect training the legs, it will give you the endurance you need to outlast your opponents.

4) The ability to get in and out of danger

Another great benefit of having strong legs in boxing is that it allows you to get in and out of danger when the situation calls for it. Having the ability to quickly use your feet to dart in and out of range is an essential trait in a boxer’s defense.

Fighters who have the ability to take a quick step forward can close the gap quickly on opponents and work from the inside. Subsequently, fighters who can exit the line of sight and move away at angles can better protect themselves from counterpunches.

Using the legs to get in and out of danger requires great strength in the base and core muscles. Practice your movement on a consistent basis. This will not only enhance your leg strength due to constant engagement and stimulation of the muscles but will also improve the technique behind how you move.

5) It makes a boxer sturdy and improves balance 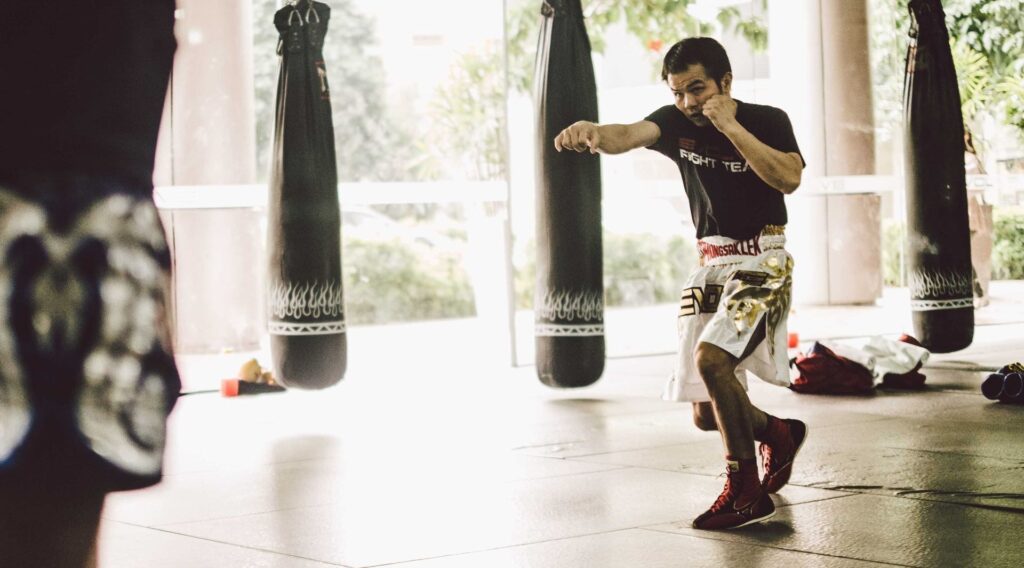 Balance is an important part of not just boxing, but martial arts in general. Even in everyday life, performing many of the activities we do in each day, balance plays a major role in our basic movement. In boxing, good balance is essential to making sure you are able to withstand blows and keep your footing.

There are many ways to train balance. The ability to control your body’s position, especially while moving and performing many of boxing’s techniques is essential to your skill set. If you train in boxing, you are bound to take a hit or two. It’s natural. But having good balance means you lessen the impact and minimize the effect.

Leg and core strength are important components to having good balance. If you want to be able to walk through punches and show no signs of being affected at all, balance is key.