5 Ways To Kick Butt In Life And In The Ring, Mike Tyson Style 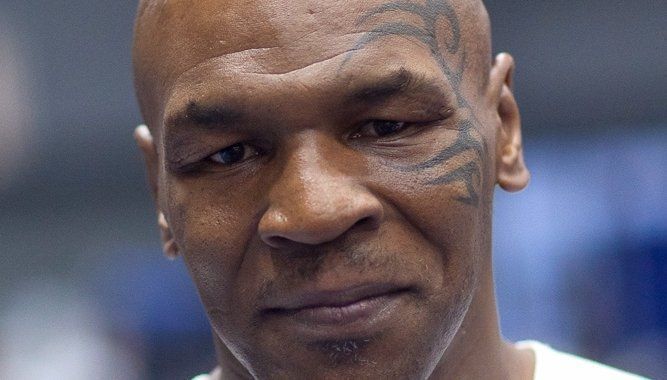 Today, Evolve Daily examines Mike Tyson’s ability to dominate his opponents psychologically and emotionally. Although his aggression, unique style and intensity play a big role in his success, Tyson reveals that this is just a part of his winning formula.

Here’s what it takes to kick your opponent’s butt, Mike Tyson style:

1) Use the power of affirmation.

2) Don’t let your past define you.

Mike Tyson grew up in one of the toughest and poorest neighborhoods in Brooklyn. Raised on welfare by a drug-addict mother, Tyson found himself in and out of juvenile detention and a subject of constant bullying. Although his circumstances were dire, it did not stop him from working as hard as he did to become the World Heavyweight Champion at 20 years of age.

Sometimes, the past can be bright and happy, but it can also be a horrible reminder of a dark time in our lives. Yes, it helped us become who we are now, but it doesn’t mean that we can’t change. We are who we will ourselves to be, and that’s what we should concentrate all our energy on.

According to Tyson, “Without discipline, no matter how good you are, you are nothing.”

There’s no doubt that hard work leads to success, but it is how you move past your breaking point that separates the champions from the rest.  Tyson admits that although training was “boring”, it is what gave him “an edge” over his opponents.

As competitive as life and martial arts is, there is no room for slacking off. We must continuously work on becoming the best there is or else we’ll get left behind. Remember, there’s always someone who is willing to work harder and take your spot — don’t give them that chance!

No matter how talented we are, we all still face intimidation at one point or another. Whether it’s in the ring or our workplace, there’s always that underlying feeling of inadequacy despite our confidence level.

For Tyson, embracing his fears was what gave him the confidence to beat his opponents. Whenever he made his entrance during a fight, he felt both “supremely confident” and “afraid of everything”, but the closer he got to the ring, the more confident he felt.

You too, are capable of changing the way you react when you feel intimidated. You can take control of your fear and just accept what might happen afterwards, which makes you stronger in the end. However, if you keep on avoiding these situations, you’ll never build up the courage to do so.

Maintaining eye contact, whether with our opponents, teammates, colleagues, bosses, friends or even strangers, reveals our personal strength. If you want to appear confident and at the top of your game, make good, lasting eye contact with anyone that you encounter.

“I walk around the ring, but I never take my eyes off my opponent…then once I see a chink in his armor. BOOM! But he already made that mistake when he looked down for that one-tenth of a second. I knew I had him. He’ll fight hard for the first two or three rounds but I know I really broke his spirit.”

For Tyson, the moment you break eye contact reveals how anxious and intimidated you are, giving your opponent the impression that he is more dominant than you. In life, it is important that we demand respect from our peers. Doing so will give us an edge over our peers and convey a sense of dominance and power.

The more we train and think like warriors, the more certain victory is. For Mike Tyson, having complete faith in himself and his abilities allowed him to overcome all the hardships he’s encountered in life.

So tell us, how much of a badass were you today?