After studying the basics of boxing movement, you’re most likely ready to take the next step in your evolution as a fighter. Learning how to create and use angles in boxing will give you a competitive edge against opponents who aren’t used to seeing this advanced movement in the ring.

Coaches will always instruct students to learn how to move in angles. This means deviating from the basic forward-and-backward or side-to-side movement as you enter and exit punching range.

Adding off-axis movement to your footwork will open up different avenues of attack that you may not have realized otherwise. It could also allow you to evade an opponent’s offensive set, cut their combination short, and set up your counters.

However, moving in angles is an acquired skill. It takes a considerable amount of training and practice to be able to add this type of movement to your muscle memory. It also requires laser-like focus. You have to constantly be one step ahead of your opponent at all times.

If you’re looking to take your boxing footwork to the next level, we’ve come up with a few tips to help you on your journey. Today, Evolve Daily shares how to create and use angles in boxing.

1) How To Move Forward

When you’re moving forward or toward your opponent, you’re usually on the offensive. Creating angles of attack as the aggressor will put you in the best position to take advantage of holes that open up in an opponent’s defense.

You may find yourself in a situation where your opponent has very tight defense and punches can’t seem to get through. That’s because your opponent can see the attacks coming. By creating angles, you offer your opponent different looks which he may have a hard time defending against.

Always direct yourself with your lead foot. Wherever your lead foot goes, that’s where you move, whether inside or outside, left or right. But you can’t just move your feet without punching.

Throw a jab at the time you move your lead foot. The punch will distract your opponent at the angle you want to create. Now that you are at an angle with the glove in your opponent’s face, it’s time to throw a power punch. Your opponent won’t see when and where you’re moving, and even if he does, it will be too late for him to do anything.

2) How To Move Backward

When you’re moving backward, you are more often than not on the defensive. Creating angles gives you an escape route to either avoid your opponent’s combination entirely or disrupt his rhythm and come back with a sharp counter.

Knowing how to move while on your backfoot is essential to becoming a good fighter.

Practice pivoting out of the way of an onrushing opponent. Use your rear foot to pivot away from an opponent’s power side. At the same time, you will want to try your best to block and parry incoming punches as they come at you.

Once you have your opponent out of position, immediately attack with a combination. You can even lead with a power shot for maximum damage.

Jump stepping isn’t commonly taught in the gym. More often than not, you learn this technique by watching elite fighters do it in the ring.

It’s certainly an unorthodox move, but great boxer-punchers like Filipino icon Manny Pacquiao, and lightweight sensation Vasyl Lomachenko are excellent with this technique and use it quite often in their fights.

Jump stepping involves exploding off the ground, both feet leaving the surface at the same time and hitting the ground at the same time at the desired destination (usually to the left or right of an opponent, which creates a blind angle). Think of it like teleporting to that position. The faster and more explosive the movement, the harder it will be for your opponent to square up.

It’s how both Pacquiao and Lomachenko can get into punching positions in such a swift manner. Obviously, once you have your opponent’s blindside, it’s time to hit him with another quick combination. You can keep doing this many times, and it keeps your lateral movement unpredictable.

Another excellent way to create and use angles in boxing is by merely slipping punches.

We’re all taught how to slip punches during pad work sessions, or on the double-ended bag. Moving your head to the left or the right to evade a punch by the slimmest of margins is textbook. It’s a skill all boxers should have.

But take that motion a step further and pivot after slipping to the left or the right will create an angle of attack for you.

Try to throw a counterpunch simultaneously with the slip for maximum effect. Your opponent won’t be able to see it coming and might stun him for a split second. It’s also a fantastic way to initiate a combination. 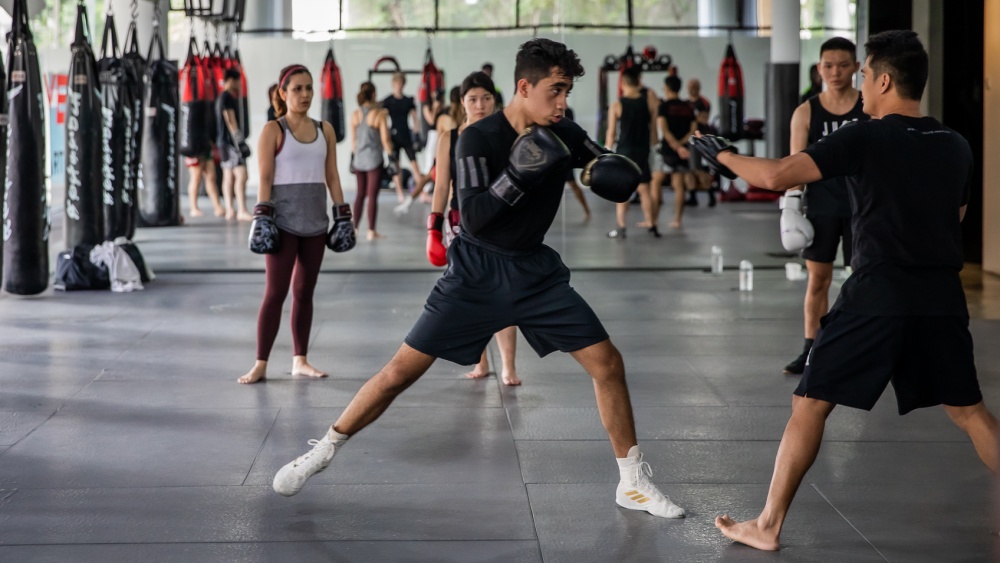 How To Improve Ring Generalship For Boxing