Learn This Boxing Technique To Add More Power To Your Punches Although punching power is oftentimes a God-given natural ability, it can also be trained and developed. There are many ways to improve your punching power.

Whether by increasing your lean muscle mass and strengthening your fast-twitch muscle fibers or by improving your technique, we can all add some heft to our punches.

Everyone wants to be a knockout artist. It’s the fastest way to end fights, and the most exciting above all. It’s also the shortest way to victory.

Possessing a knockout punch adds a whole new element to your game. Opponents have to constantly watch what you’re doing on offense because you have the ability to end fights at any given moment.

There are many ways to add power to your punches. One distinct method is to add a snapping effect at the end of your jabs and straights/crosses. This snapping mechanism ensures follow through in your punches and transfers energy properly from your base to your fist.

Let’s take a look at how to add some snap to your knockout blows. Today, Evolve Daily shows you a boxing technique to add more power to your punches.

Add A ‘Snap’ To your Punches

Adding a snap to the end of your punches increases the power that you generate with each straight punch. The move can be described as a punch that instantly connects on the target, and then returns immediately after it makes contact.

Normally, a punch would go through the target, resulting in a pushing effect. But a snapping punch adds a recoil effect. A lot of high-level fighters use this technique, not just to add power, but also to add speed and velocity to their punches.

In boxing, you can’t hurt what you can’t hit, so the ultimate goal when throwing a punch is to connect. It won’t matter how powerful your punches are if you can’t hit the target. Adding this snapping effect, increasing speed and velocity, greatly improves the chances of connecting.

Middleweight champion Saul ‘Canelo’ Alvarez likes to use this technique, as does Filipino legend Manny ‘Pacman’ Pacquiao. Both are known knockout punchers who use the snapping punch to different effects.

The Advantages Of The Snapping Punch

The snapping punch, when executed correctly, can have a devastating effect on impact. Thrown with the right technique, boxers can easily transfer the generated power from their base and carry that momentum into their opponents. This results in a faster, cleaner, more powerful punch that travels from point A to point B in a swift and explosive manner.

The recoil effect ensures your hand is back on defense almost as soon as the punch connects, which leaves you less wide open to counters as compared to normal punches. It also prevents you from throwing slapping punches, which carry no power. 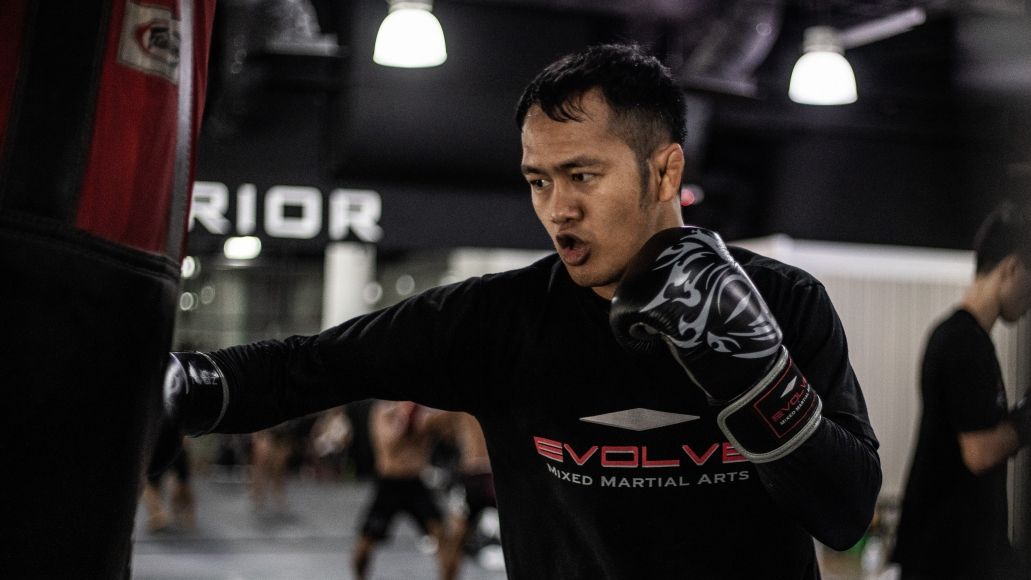 As with everything in martial arts, technique always takes precedence over power. Master the basic fundamentals of every technique first, and you’ll learn to execute every technique properly.

This is the most important thing to remember, not just with the snapping punch, but with every martial arts technique you learn.

For the snapping punch, in particular, you have to learn how to fire punches from the hip. This means you cannot cock and load your punches like you would a normal pushing punch. You have to be loose and your body flowing.

As boxers, we are always taught to sit down on our punches to generate the most power. The snapping punch, however, is more conducive to bouncing footwork, where boxers maintain constant movement.

When throwing punches, fire away with speed and velocity, and an open hand. Don’t concentrate on the power first. Then at the moment of impact, clench the fist and deliver the power generated from the swift movement. Try this with both your jabs and straights.

However, this sort of punch is less effective with hooks and uppercuts, so keep it basic. Another important part of this punch is remaining relaxed and calm. Explode forward when executing, release the power at the moment of contact, and most important of all — recoil your fist back on defense.