You know that pause your instructor makes when he’s done explaining a technique? Yup, that’s right, it’s your cue to ask a question. Or better yet, when he’s prodded the whole BJJ class to ask questions, it’s probably best that you do. If you’ve been training for a while and have yet to ask your first question, you’re wasting one of the best opportunities you’ll ever have in your martial arts journey. Whether you realize it or not, instructors actually love it when their students ask them questions. It tells them that their students are actually paying attention to the class and are interested in progression – which is the whole point (if not one of the main tenets) of training martial arts.

Yup, your instructors aren’t just there to explain techniques and promote you – they’re there to make you better martial artists and give you all the information you need. Why not take advantage of the opportunity (which is every training session!) to get all the answers you need from a BJJ World Champion?

When you ask a question, make sure to be specific 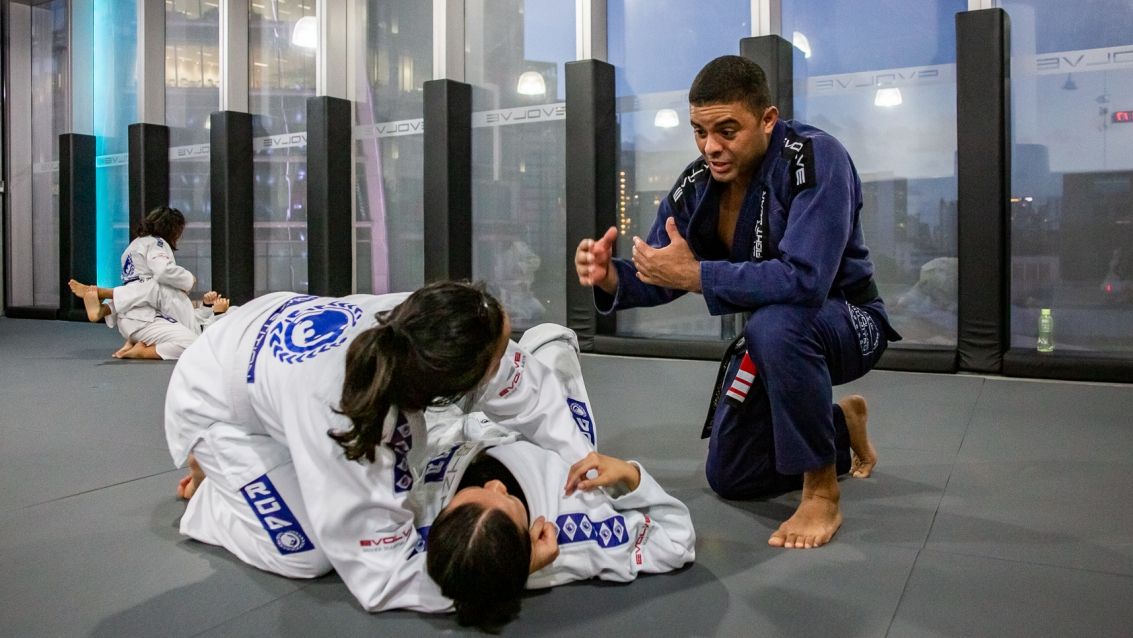 BJJ is a never-ending journey of self-discovery.

Instructors don’t have all the time in the world to answer your questions, so to get the answer you want, you need to specify what kind of information you need. Don’t ask general questions like “How should I pass closed guard?” or “Why is my closed guard really bad?”. Instead, focus on smaller details you don’t understand. For example, “How come this stacking pass isn’t working for me?” or “Why can’t I finish my omoplata from spider guard?”. If you’re confused about everything, ask your instructor (if he isn’t busy) to show the technique again – he probably won’t mind!

What kind of questions should I ask? 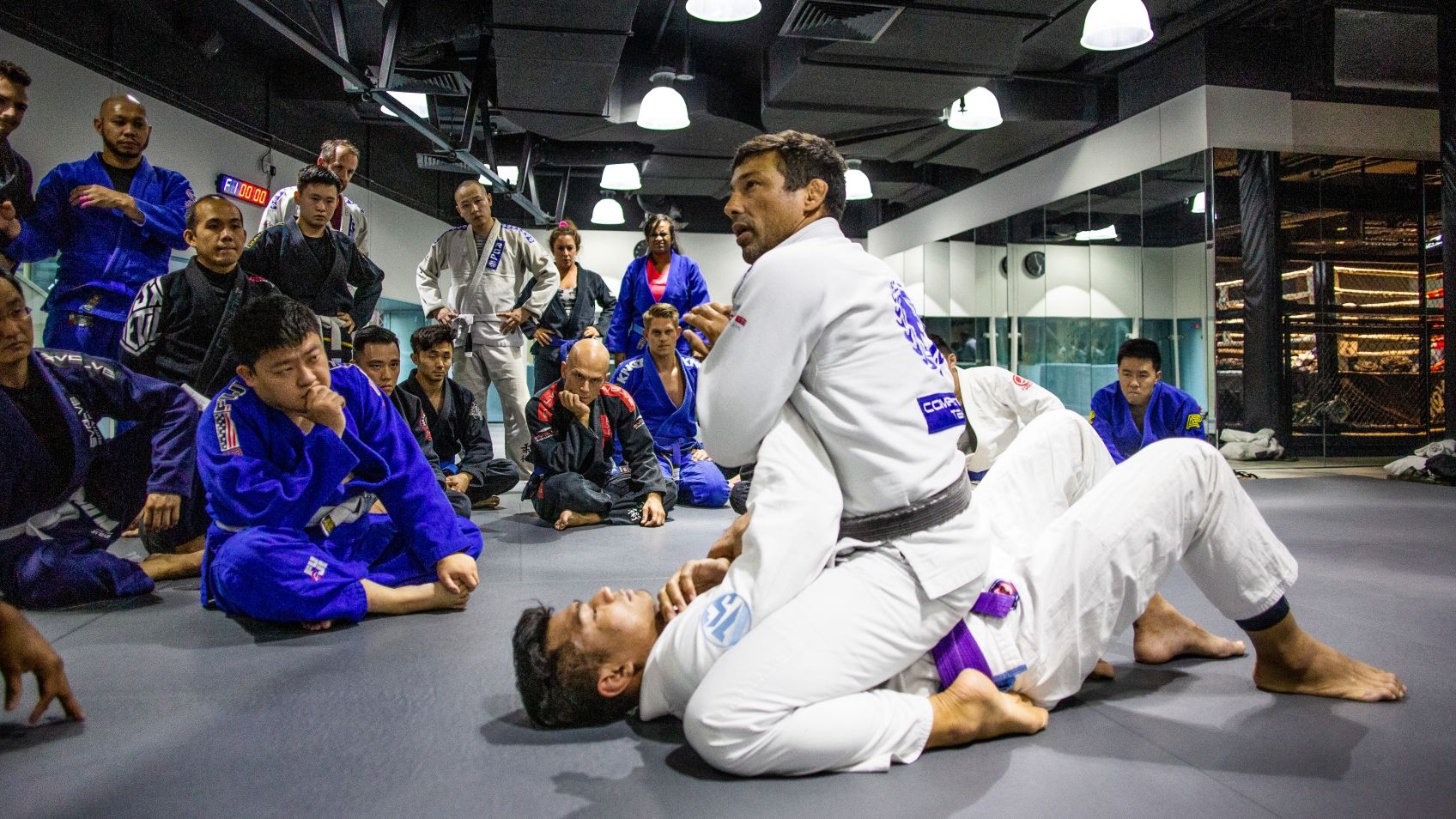 BJJ is one of the most practical martial arts for real-world self-defense.

When you approach your instructor, be warned – since he’s holding a BJJ class with more than a handful of people, he’s going to be pretty distracted. So if you’re going to ask a question, make sure that you’re well prepared. The better your question, the easier it will be for you to get the answer you need. Need some tips? Luckily for you, we’ve done the work and come up with the best questions to ask your instructor your next BJJ class.

1) Which techniques work best for my body type? This question is best directed at a BJJ instructor with a similar body type to yours. He’s probably spent years, decades maybe, on perfecting his game, so he knows what works and what doesn’t. And whether you realize it or not, he’s probably watching you when you spar or drill so he knows what goes on, when you’re having trouble and what you’re best at.

2) How do I get competition ready/ am I ready to compete? 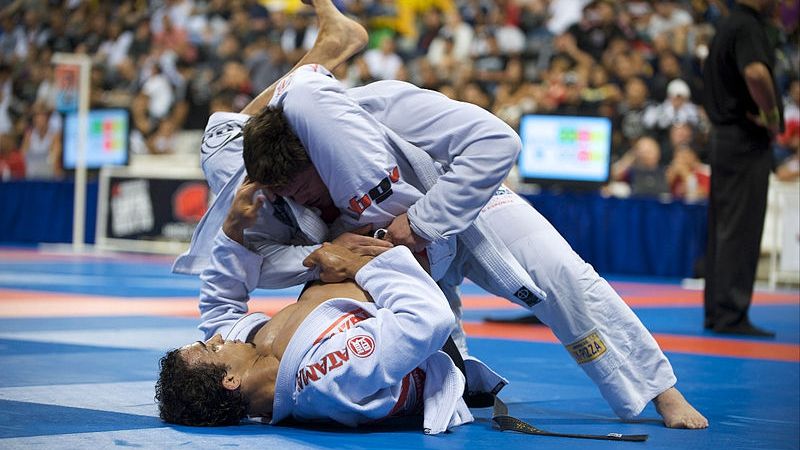 Make sure you feel ready before signing up for your first BJJ tournament.

Thanks to your BJJ instructor’s many years of competition experience, he’s probably the best person to ask whether you’re competition ready or not. He’s seen you spar against your teammates and he knows how much you’ve trained. He’s also prepared for competition himself, so he would know best if you were ready to do the same. If he says you’re ready, he’ll be able to give you tips for training goals and what to expect during game day.

3) Why does this move work? Dealing with and overcoming challenges that BJJ presents helps to build mental strength.

One thing that many BJJ practitioners forget is that learning concepts could change the way you look at your game. Sure, it’s quicker to learn techniques as you go, but having a deep understanding of why it works makes it easier to learn certain details and moves that you would have probably ignored. The best person to ask about concepts is your BJJ instructor. He will be able to tell you why certain details are relevant to a technique and why it works, which makes actually doing it a lot easier.

4) Why am I not able to make this move work?

When you ask this question, remember to be specific. Explain the situation in detail and how you apply the technique and when you chose to apply it. Don’t scrimp on the details! Only a BJJ instructor would be able to properly explain the concept behind the move and the details you are lacking in order to make it work the next time around. Your BJJ instructor will guide you through class, ensuring you understand the techniques and concepts.

The Mendes Brothers have open guard, Eddie Bravo and Shinya Aoki the rubber guard, Roger Gracie his classic BJJ, Keenan Cornelius has his worm guard, the Miyao Brothers their berimbolo – the best BJJ black belts have their signature moves that have helped them win in the highest arenas of competition, and so do your instructors! There’s no better person to learn these techniques from than people who have mastered it and used it against other skilled competitors. It doesn’t matter if it isn’t part of your game or not really your style – it’s just another cool move you can add to your arsenal of BJJ techniques!

6) When is the best time to abandon a move? 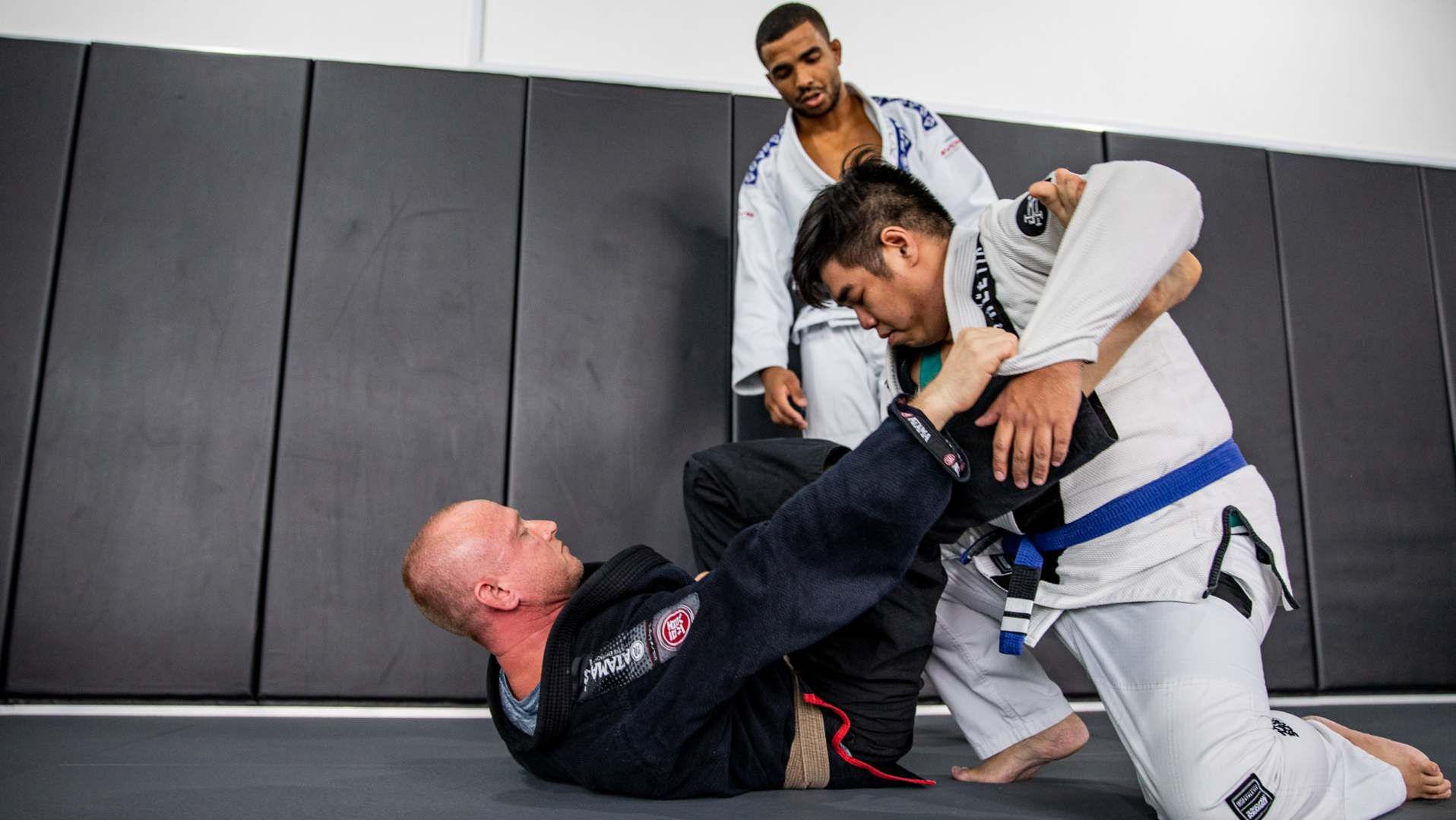 The longer you train BJJ, the more you believe a certain guard (especially one that you’re good at) is unstoppable. You can get stubborn and insist on using it over and over again – even if you’re getting caught. But every move or guard has its limits and eventually you’ll find someone who will pass your guard. If you’re one of these people, tap your instructor on his shoulder and shout for help. He’ll know why you’re getting stuck and tell you why your once unflappable guard isn’t working anymore. He could also give you an alternative based on your style/body type!

Remember, asking questions is not a sign that you’re a bad BJJ student. It’s actually quite the opposite. It shows that you’re taking the initiative to take your game to greater heights – something every instructor wants for his student!