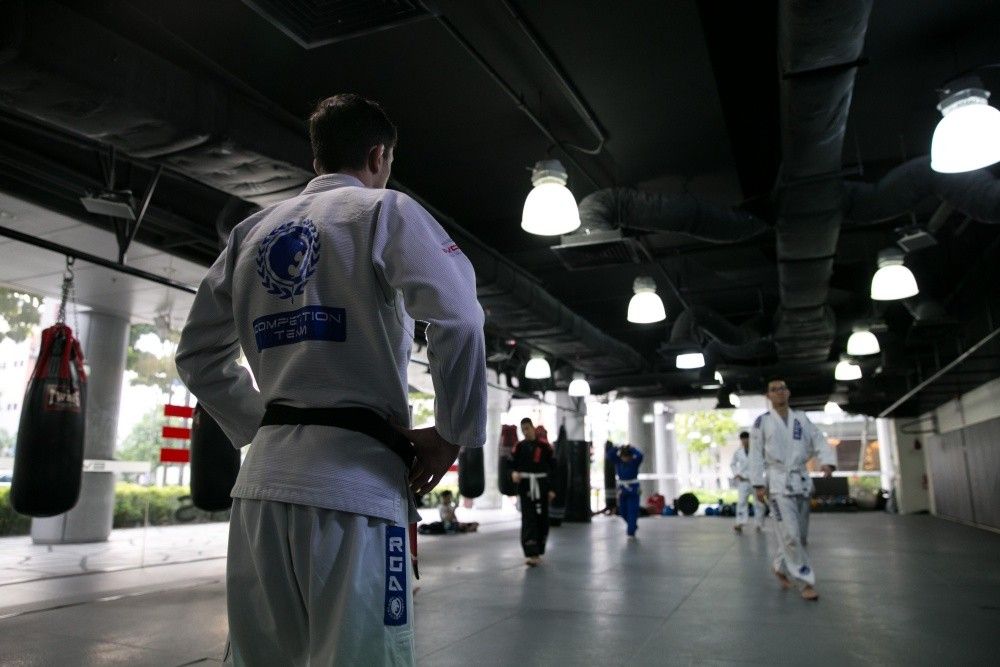 Compared to other martial arts, receiving your Black Belt in Brazilian Jiu-Jitsu (BJJ) could take almost 10 years. Although there are a few BJJ prodigies such as BJ Penn and ONE Lightweight World Champion Shinya Aoki who have received their Black Belts in a much shorter period of time, your typical BJJ student must go through many years of extensive training in order to achieve the rank of Black Belt in BJJ.

The sad truth is, many BJJ students do not end up becoming Black Belts. Many aren’t prepared for the immense dedication needed to achieve this level and end up quitting at the blue belt level.

You may be wondering, what is so different about BJJ that makes it more difficult to achieve the rank of Black Belt? Today, Evolve Daily reveals Why It Takes 10 Years To Get Your Black Belt In BJJ: Brazil Nationals Champion Gamal Hassan was formerly a civil lawyer in his hometown of Curitiba, Brazil.

White, blue, purple, brown, black, and red – these are the only belt ranks in BJJ. In between, students receive up to a maximum of 4 stripes according to their progress in class.

Compared to other martial arts, promotions aren’t solely based on skills. In BJJ, promotions are also based on tenure, character, mental toughness and depth of knowledge. Moving up to the next rank in BJJ is different for everybody. There are some students who are more consistent than others and then there are those who choose to take breaks every now and then. There are also some students who occasionally find themselves at a plateau, which could sometimes take up to several months to snap out of.

However, those who manage to soldier on through these trying times are the very same students who end up getting promoted.

3) There Are too Many Techniques To Master Unlike other martial arts, there are hundreds, if not thousands of variations of techniques to learn and master. According to BJJ World Champion and ONE Superstar Bruno Pucci, “The smallest detail could make a difference from one technique to the other – you’re always a student.”

Although it is impossible to completely master all these techniques, BJJ Black Belts, through their many years of training, have developed a solid knowledge of fundamentals needed to execute them properly and as if it were second nature. When passing the guard, one should always apply pressure.

When you practice BJJ, your ego will be tested many times. No matter how good you are, there is always a chance that you will get tapped out by someone smaller, weaker or even lower ranked than you. Many BJJ students can’t handle taking a blow to their ego, and end up quitting altogether.

Those who choose to move on and learn from their mistakes however, unknowingly put themselves one step closer to receiving their Black Belt. They understand that BJJ, like all martial arts, is a continuous learning process.

It is a known fact that BJJ instructors have different standards for their students. They take the following factors into consideration: age, gender, size, athleticism, sheer talent, whether they are competitors or hobbyists. These standards are the basis of promotion and vary for every instructor.

Some instructors are known to have higher standards for students who are competitors as opposed to those who are hobbyists. BJJ World Champion and UFC Fighter Leandro “Brodinho” Issa received his Black Belt in 7 years because he competed on a regular basis and was literally living on the mats when he had to prepare for a tournament. “I would wake up and train, sleep, and then train again,” Brodinho explained.

However, some competitors are given more time at a certain rank compared to their peers. “Competitors are basically athletes who want to improve every aspect of their game,” says Brazil Nationals Champion Gamal Hassan. “Sometimes, because of this, it takes them longer to get promoted.” The more passionate one feels about their martial art of choice, the more willing they’ll be to find any opportunity they can to train, drill or compete in BJJ. BJJ students who eventually receive their Black Belts are known for their unwavering passion for Brazilian Jiu-Jitsu.

2x BJJ World Champion Teco Shinzato is one of these individuals. In fact, he regularly claims, “BJJ is my life and love.” After over 25 years of training BJJ and a 4th degree rank under the legendary Elcio Figueiredo, there’s no sign of Teco’s passion ever waning. In fact, he someday hopes to achieve the rank of Red Belt – an achievement that very few individuals hold.

Brazilian Jiu-Jitsu is definitely a lifelong journey for its most dedicated students. It becomes an extension of their personalities, and quite often, one of the things that define them as an individual.

Should you one day decide to try to achieve the rank of Black Belt, do not be dismayed by the number of years it will take. Instead, enjoy the wonderful journey that will reveal the deepest part of your soul to anyone you bump fists with. Nothing is more honest than the art of BJJ. When you practice it, you realize how much the long wait to the next rank was worth. And suddenly, you’ll want to go back in time and do everything over again.