If you’re serious about improving your skills as a Brazilian Jiu-Jitsu (BJJ) practitioner, there are a few basic movements that you need to master. These movements represent the core of BJJ training, and they are an essential part of many of the techniques you will be learning over the years.

Without further ado, let’s take a look at some of the movements that make up the basis of most BJJ techniques: 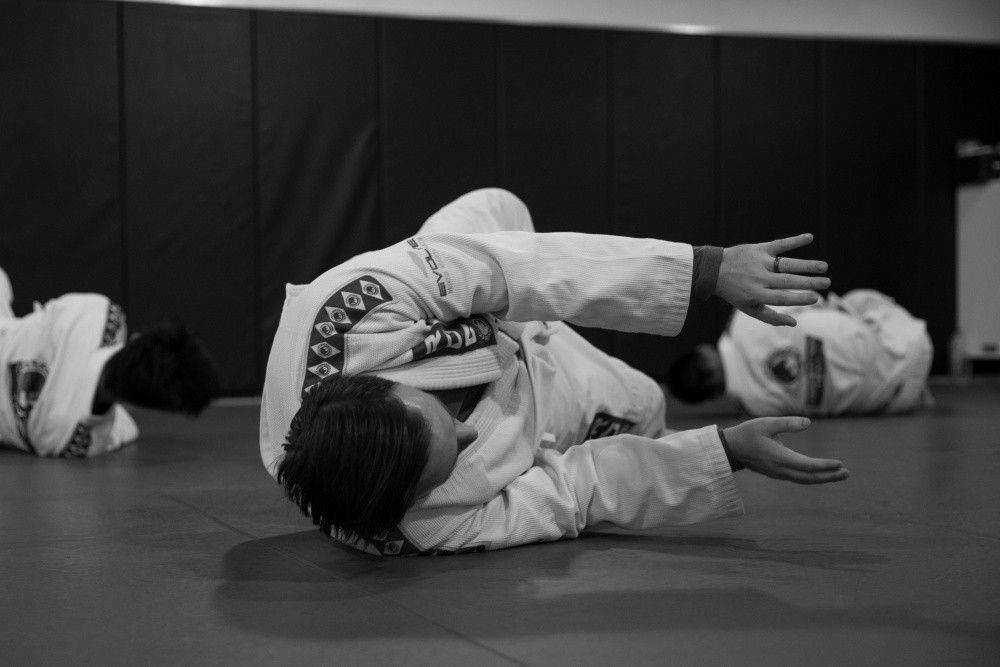 Every BJJ class starts off with a warm-up.

It isn’t uncommon for people to liken BJJ to a language. Basic movements like bridging and shrimping are the words, techniques are sentences, while rolling on the mat is a conversation. Just as is the case with any other language, if you aren’t familiar with the basic words or have a limited vocabulary, you are going to have a hard time putting sentences together.

Shrimping and bridging are two important words in the BJJ lexicon that you should be familiar with. These are essential BJJ movements that are used to sew all the techniques you learn together. When you train Brazilian Jiu Jitsu, it is important that you practice these movements, at the very least, as much as you practice techniques. The more you learn, the easier it is for you to realize just how much these two basic movements are woven into many techniques.

Simply performing these movements during warmups in class isn’t enough to cut it. You need to make sure you are properly practicing these movements. Even advanced students are constantly looking for ways to improve and refine their shrimping and bridging techniques. Each one comes with a seemingly endless number of variations, so there is always a new way of shrimping and bridging for you to work on and perfect. 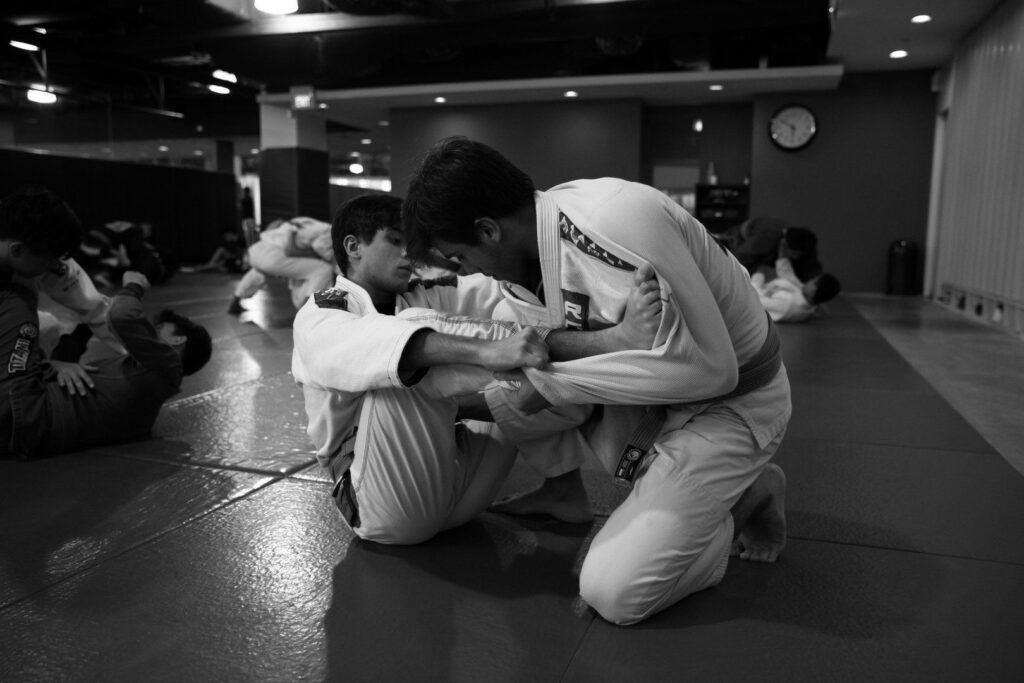 Knowing how and where to grip is vital in BJJ.

Gripping is an essential part of BJJ training. You’re going to have a very hard time executing many BJJ techniques if you don’t understand how different grips work and how to properly grab limbs and such when on the mat. Gripping is so important, the term “hand fighting” is commonly used in the combat sports community as it often determines who gets the better of a given grappling exchange.

When you first start training BJJ, you won’t have the iron grip that some of the more advanced students have, but that will eventually change with time. Simply training BJJ regularly will drastically increase your grip strength, but you can speed things up by specifically working on your grip. There are a number of devices that can be purchased at your local supermarket that help you strengthen your grip. There are also lots of other fun activities you can do during your downtime to improve your grip like rock climbing for example.

Something else you have to learn during your early days of BJJ training is how to grip things effectively. It’s not about holding on to things as tight as you can, but, rather, holding things tight enough so that your opponent cannot get away from you.

It’s also about knowing the best places to grab in the first place. Your grip won’t help you much if you do not know which part of your opponent’s body or gi is easiest to control with your grip. Grab onto the wrong thing, and you won’t have enough leverage to control your opponent. Generally speaking, you want to grab the lapel, elbows, sleeves, and wrists for maximum leverage. You also need to learn how to use the right grip at the right times. For example, it’s extremely difficult to finish off an Americana if you do not employ a monkey-grip.

Passing the guard is one of the first obstacles BJJ beginners run into. It is arguably one of the most difficult things you have to learn in BJJ, and you will likely spend a decent amount of sparring time stuck in someone’s guard during your first few rolling sessions.

One of the easiest ways to get past a person’s guard is with the standing guard pass. You force your opponent to open up his guard by standing up. You then proceed by pinning one of your opponent’s legs with your shin as you slide into side control. There are many other different ways to get past a person’s guard in BJJ, but the standing guard pass stands apart from the others because it is an effective technique even at the more advanced levels.

Passing the guard from your knees can also be effective, but not so much against taller opponents or people with very strong legs.

Which ever way you choose to pass the guard, it’s important to start learning the basic concepts and ideas behind this important set of movements. 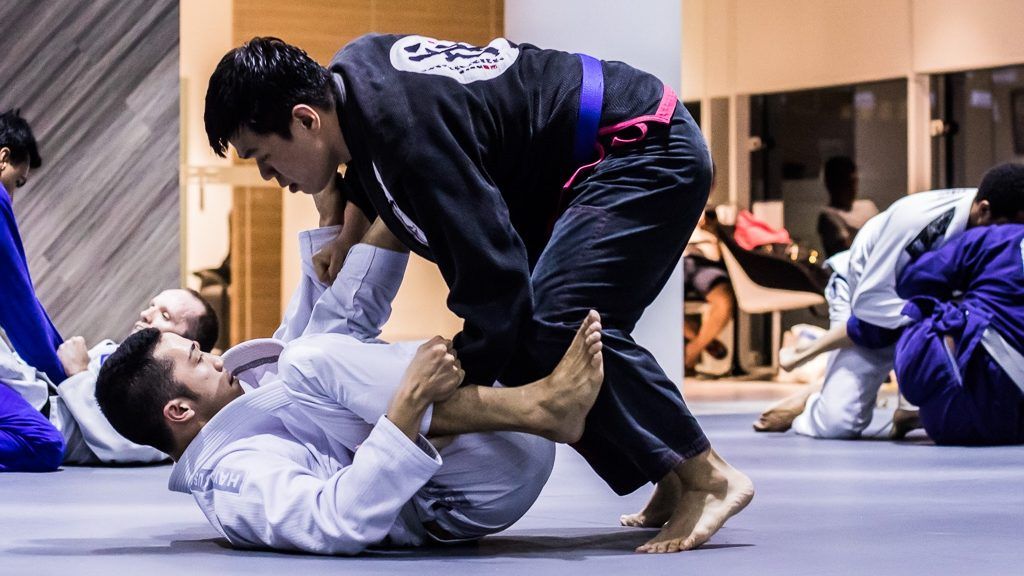 It is important to control your breathing throughout a roll.

Something else you should know about the importance of breathing properly is that it helps keep you relaxed while drilling and rolling. By concentrating on your breathing, you remove room for self-doubt or other negative emotions that could distract you from training properly.

This is typically one of the first complex moves you learn as a BJJ practitioner. It’s one of those techniques that can be executed from a multitude of positions. Learning the series of moves it takes to secure an armbar utilizes several basic movements that are essential to BJJ.

Learn how to execute an armbar, and learning other techniques becomes a lot easier.

Aspects of BJJ involved in the execution of a simple armbar include gripping, head control, angles of attack, and bridging to finish the technique.

These are some of the basic BJJ movements new students should perfect. Learning how to do these will make learning complex techniques a lot easier.