7 Ways To Overcome A Blue Belt Plateau In BJJ Today, Evolve Daily examines some of the reasons why some people hit a BJJ plateau at blue belt and offers solutions to these problems. Perhaps this will cure any case of blue belt-itis and encourage the problematic blue belt to keep his BJJ journey going. Here are 7 Ways To Cure Blue Belt-itis:

Problem #1: Your interest in BJJ is waning

It’s normal for people to lose interest in any activity that they do, especially if they’ve been doing it for more than a year. Instead of taking a break from BJJ (you’ll see why when you read #7), why not talk to your instructor about his journey. There’s no doubt that he’ll have an interesting story to tell you, and perhaps this could be all the inspiration you need to attend that next BJJ class.

Receiving your blue belt is the first big promotion in your BJJ journey.

Before you got your blue belt, you might have had more time to train. But now, work is piling up or perhaps you have other responsibilities you just can’t ignore. You don’t have to give up BJJ to make way for your other priorities; you just need to figure out a better way to incorporate training into your life. Check out our article on how to make more time for training for more ideas!

Problem #3: You’re fine with being a blue belt 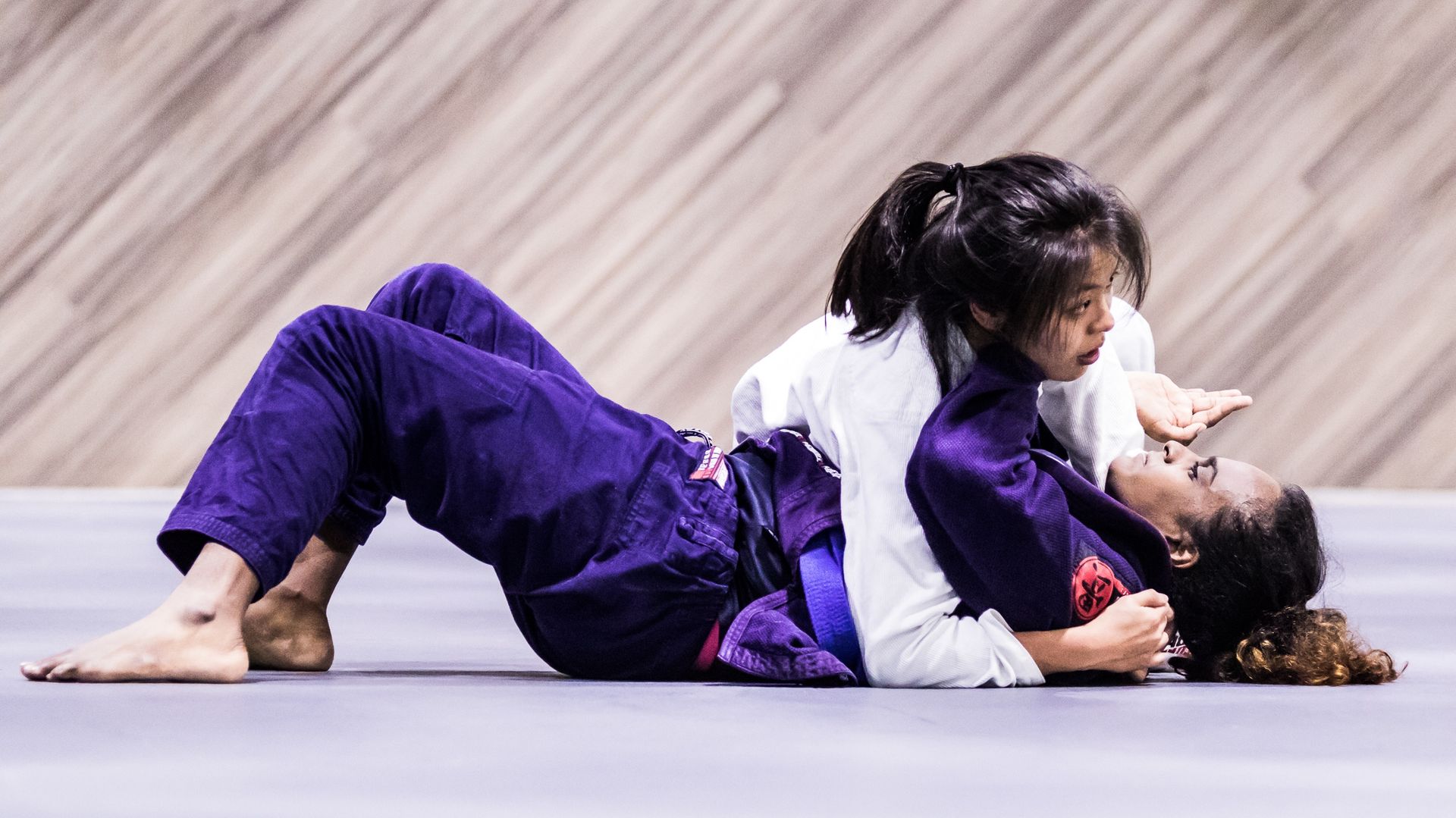 Humility is an important value of martial arts.

All those classes you’ve attended, all those techniques you’ve learned for over a year helped you earn your blue belt. It was a lot of training, you’re glad you did it and you’ve had enough. Unfortunately, a blue belt is far from reaching the pinnacle of BJJ. What you’ve learned in those two years or less is just the tip of the iceberg. Wouldn’t you like to push yourself and see how far you can go? By quitting as a blue belt, you’ll never know what else you could accomplish if you keep on training.

Problem #4: You’re getting tapped out by white belts MMA Legend Shinya Aoki is known for his devastating submissions.

You’ve worked long and hard to get your blue belt: you’ve trained at least three times a week, drilled with your teammates after class but come sparring time, there’s still a white belt or two that can tap you out. As frustrating as this may seem, getting tapped out or being submitted is part of BJJ. Everyone gets tapped out, even black belts. Focus on the mistakes you made and continue to work on them. After all, there has to be a good reason why you were submitted.

When you’re a new blue belt, you will probably have high expectations for yourself. Thus, when you come across a technique or two (or more) that you don’t understand, you immediately give up and try to focus on something else. It’s natural to feel confused when you’re doing BJJ. You’ll come across thousands of techniques throughout your journey, and not all of them will come easy to you. Take the time to work on the techniques you’re having trouble with and drill with a partner after class. If you still feel confused, approach your instructor. After all, that’s what he’s there for!

Problem #6: You’re not meeting your goals Setting SMART goals is an easy way to stay focused in any martial art.

After getting promoted, it’s normal to set much higher standards for yourself. Being promoted is a goal in itself, so being excited about much bigger goals is typical. Setting goals are good, but they must be realistic and short-term if you want to be consistent. There’s no use in setting lofty goals you won’t be able to accomplish, especially if you want to keep on training. Check out our article on realistic goal-setting and see if it applies to you!

Problem #7: You want to take a break “The more I train, the luckier I get.” — BJJ and MMA legend Renzo Gracie

So you’ve reached your goal of getting your blue belt, what happens next? Do I deserve a break? Yes, you certainly do. But not a long one. Everyone needs a break every now and then, especially if you feel like you’ve reached a plateau. Remember, the longer your break is, the longer it will take for you to get back into the rhythm of things.

Although 10 years might feel like forever (8 years, since you’re a blue belt) to get your black belt, the valuable life lessons you learn along the way will be worth it. Being at the pinnacle of BJJ is something that takes years of hard work and dedication, and stopping at blue belt won’t get you there any faster. No matter how tough training gets, remember your goals and look back at how much you’ve achieved. So go on, tie your belt and get on the mats!