Sometimes, your colleagues ask you to join them for some after work drinks, or maybe a friend invites you to drink away the weekday blues after having dinner. Well, whatever it is, these drinking plans might sometimes clash with your gym plans. And when this happens, you might agree to those plans while thinking to yourself “ah, what the heck, it’s just one session I’m missing. No biggie.” But little do you know that you might end up facing some regrets the next day (or maybe even after few drinks!)

As tempting as it can be to get those drinks, sometimes it’s best to just stick to your original plan – and clock in that workout.

Today, Evolve Daily shares 6 Regrets You Wouldn’t Have If You Had Gone To The Gym Instead Of Drinking:

1) Splurging on alcohol that just makes you feel sick BJJ equips you with the skills to defend yourself in real life situations.

If you’ve ever spent a night at a pub or club, you would know that alcohol can burn a hole in your pocket – simply because it’s not cheap! Although you might be catching those beer o’clock deals, you could potentially end up spending even more once you get carried away thinking about how cheap it is, or worse, when you get tipsy and forget your limits.

At the end of the night, you would not only have spent a bomb but drank a ton of unnecessary calories that will add inches to your waistline. Psst! If you take a closer look at the amount you spent and think about it carefully, you might notice that you can actually use that to pay for a one-month membership at your gym! Dim lighting and liquid courage can sometimes make us do silly things. Like thinking that it is a good idea to approach the guy/girl at the next table and attempt to test your pickup lines on him/her (and actually doing it!), or maybe sending those drunk texts to your crush/friends/family members. Because alcohol hinders your judgment, you might potentially say some stupid things and embarrass yourself.

We believe you’re better off socializing at the gym with people who have common interests when you’re sober. At the very least, you aren’t going to talk about that time you peed your pants when you were at a Halloween haunted house. 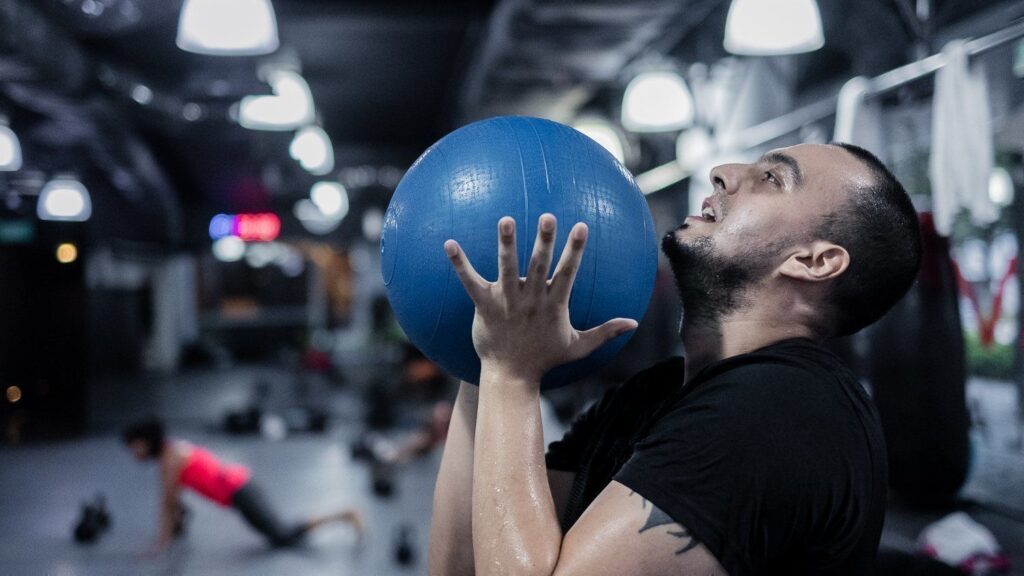 If weight loss is something you’re hoping to achieve, choosing to get those happy hour drinks will already take you that much further away from your goals. After all, if you choose to drink rather than hit the gym, you will already be consuming rather than burning calories.

To add to that, alcohol will encourage you to order that extra basket of unhealthy snacks or bar bites – and you will end up eating way more than you’re supposed to.

4) Wrecking your favorite outfit/pair of shoes

Heavy bag work is a great way to build strength and endurance for Muay Thai and Boxing.

This may or may not happen, depending on your luck and how you handle things. But sometimes, people might spill drinks on you, or your shoes might give way while you’re tearing up the dance floor at 1 a.m. On some (very unlucky) nights out, you might even find yourself covered in vomit, whether it’s your own or someone else’s.

5) That sluggish, fatigued feeling you woke up to There’s no doubt that a long night of partying will take its toll on you – and you will most likely feel it the morning after. If you had too much to drink, there’s a good chance you’ll be greeted with a hangover first thing upon waking up. We’re pretty sure that takes the “good” out of “good morning”.

While you might get aching muscles the next day after your workout, it’s probably not going to feel as bad as that post-partying feeling! At the very least you won’t have to deal with that throbbing headache, and you’ll still be able to go about making the most out of your day. Working the heavy bag will help improve your power.

If you’ve ever gone for a mid-week drinking session, you will probably understand the struggle to stay awake and actually function the next day. While this is partly due to the feeling we mentioned in #5, it is mostly because you didn’t get a good night’s rest!

Sleep quantity aside, even if you’re a sleepy drunk, your quality of sleep will still be affected by alcohol! So don’t be surprised if you randomly wake up to go to the toilet or get up the next day feeling groggy.

With all that said, of course, moderation is key – and it’s okay to have that one drink from time to time, although we still strongly believe that you can get your happy hour at the gym instead of the pub!