6 Mistakes That BJJ White Belts Make (And How To Fix Them!) 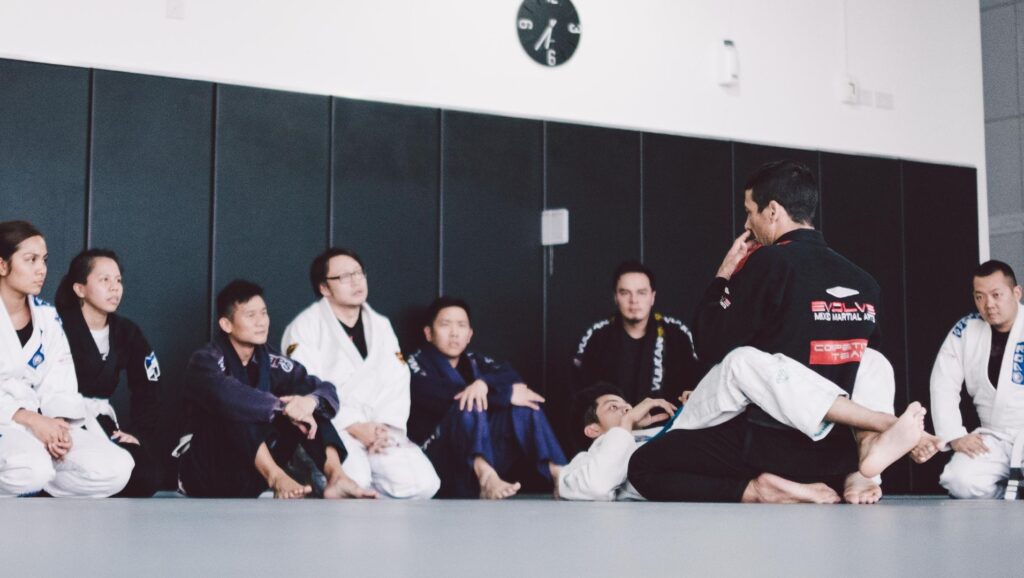 At a fundamental level, Brazilian Jiu-Jitsu is all about maintaining strong posture and applying heavy pressure to your opponent. While a powerful posture might seem simple to maintain, it really isn’t.

In fact, there are many elements of BJJ that are difficult to see or understand. These techniques are sometimes referred to as invisible Jiu-Jitsu.

In this article, we will detail some of the most common mistakes that white belts make when training BJJ. We will explain ways you may unknowingly diminish your own power or strength in positions, and also share quick tips and clues to make yourself a less vulnerable target for those high-level guys in the gym you have been rolling with.

There are rarely ever ‘hard’ rules in BJJ. In fact, many of the ones below aren’t ‘mistakes’ at a higher level, but they instead represent a useful way for beginners to understand the dangers and potential problems in their overall game.

Today, Evolve Daily brings you Six Technical Mistakes That White Belts Make (And How To Fix Them!).

1) Putting your hands on the mat

We all started here.

In our first days of Brazilian Jiu-Jitsu, we might not have realized the importance of not placing your hands on the mat when in a top position.

By doing so, we are essentially transferring our own weight to the floor rather than applying this same weight and pressure to our opponent.

It’s not just that, however. By placing or extending your arm out towards the floor, it gives your opponent the ability to attack the arm using armlocks such as the kimura.

Instead, use your hands actively to control the body of your opponent by either maintaining solid grips (from full mount with a gi) or controlling their biceps (no-gi).

2) Leaving your arms in a vulnerable position

Similar to the first point, leaving your arms vulnerable for your opponent to attack from any position is a dangerous move.

Some common mistakes from white belts are reaching up to grab collar grips when stuck underneath their full mount, or reaching out to secure an opponent’s collar while in their full (closed) guard.

Both of these mistakes leave your arms perfectly extended for an opponent to lock down before transitioning to an arm attack.

The simplest of ways to resolve this is always be aware of your elbows and keep them pinned close to your upper body. This method is sometimes referred to as the “T-Rex”.

3) Crossing your feet after securing back control

Unfortunately for many of us, we had to learn this the hard way.

You’ve finally secured back control against an opponent when rolling, and in a rush of excitement, you cross your ankles or feet unknowingly while attacking the arms and neck of your opponent.

The problem with this, however, is that crossing your ankles from this position guarantees that an experienced opponent will apply a foot lock. An opponent will lift their leg up and over your feet before rolling to the side and applying serious pressure to your feet.

The way to stop yourself from making this mistake is by either digging your hooks in from back position properly (and not crossing your ankles) or securing a body triangle (body lock).

4) Keeping the body triangle while an opponent rolls

This ‘mistake’ perfectly follows through from the white belt tendency detailed above.

However, one of the most basic of counters to this move requires almost instant knowledge or awareness as to how to avoid a potential submission.

Fortunately, this can be avoided if the attacker understands that they can remove the body lock and apply it again whenever an opponent rolls to escape.

5) Leaving one arm ‘in’ while in full guard

This is another one of those ‘mistakes’ that we often make in the first few months (or years) of training.

If you are trapped in your opponent’s full guard, and they are attempting to attack you, it is rarely a good idea as a beginner to leave just one arm in between their legs.

Having just one of your arms between an opponent’s legs greatly assists your opponent in securing the triangle choke submission.

For this reason alone, you will become familiar with the ‘two-in’ or ‘two-out’ rule. If both of your arms are inside your opponent’s legs, you remain relatively safe for the time being.

Alternatively, if both of your arms are outside of your opponent’s legs, you are also safer and have the potential to pass their guard using a ‘double-under’ pass.

Remember, two arms in or two arms out.

6) Leaving your hips too high when passing

The sweet, sweet science of body mechanics in BJJ.

Have you ever been in a position in which you are attacking your opponent with head and arm control from side mount and they sweep you easily?

Beginners sometimes have the tendency to leave their hips up high as they are transitioning through an opponent’s guard or even after securing a dominant position. You might have excellent upper body control of your opponent, but it won’t matter if you are giving them plenty of opportunity and leverage to sweep you off your feet.

To fix this, make sure you keep your hips low and your feet sprawled backward (when suitable), to avoid giving your opponent a major opportunity to counter your transition or submission attempt.