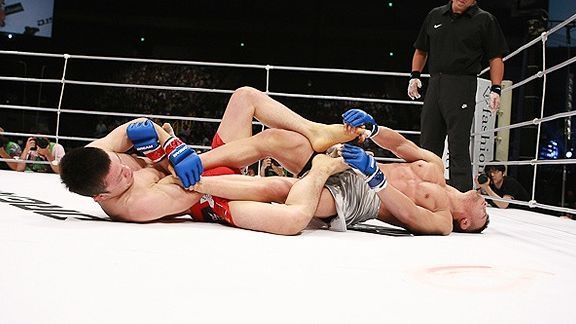 If you are a fan of competitive grappling, then you’re probably aware that leg locks are more popular than ever. Traditionally frowned upon by BJJ practitioners, grapplers of all kinds have come to appreciate the benefits of leg attacks due to their effective use by elite grapplers in high-level competition. However, many BJJ students have difficulty figuring out where to begin with leg locks. Most instructors agree that a great place to start is the foot lock (also known as the ankle lock) — a submission that works by hyperextending the foot and compressing the Achilles tendon. The foot lock, which is typically executed from a position called ashi garami, is a safe technique to practice, and it serves as a great introduction to the world of leg locks. Below is an overview of this effective technique.

How does it Work?

Where to Start: Ashi Garami

How to Execute the Foot Lock

5) Extend and finish – To finish the submission, arch your back and extend your chest, forcing the opponent to tap.

The foot lock is just one of many exciting and effective techniques you will learn during your BJJ journey! Even if you have no prior martial arts experience, BJJ is for you!