You often see him on television, appearing on shows like “After Love” and “The Intruder.” You can catch him on the big screen in movies like the 2016 hit “Young & Fabulous” and 2017’s “Wonder Boy.” As a former keyboardist, rhythm guitarist, and vocalist of Singaporean band, “The Sam Willows,” you can also hear his beautiful music.

Former national youth swimmer and Singaporean superstar Benjamin Kheng is no doubt a man of many talents. Even saying that is a massive understatement. However, one thing that people may not know about him is that Benjamin is a bonafide martial artist who loves to train, and calls the gym his “happy place.”

As a matter of fact, Benjamin regularly trains at Evolve MMA, where he is an avid student of the art of Muay Thai and boxing. His consistent training and dedication to fitness helps him achieve a level of physical and mental balance absent from his life before.

Martial arts training is one of the most intense full-body workouts for anyone, which can burn up to 1,000 calories per one-hour session. Due to rigorous training, it should also come as no surprise that even at 30 years of age, Benjamin can easily maintain his youthful physique. 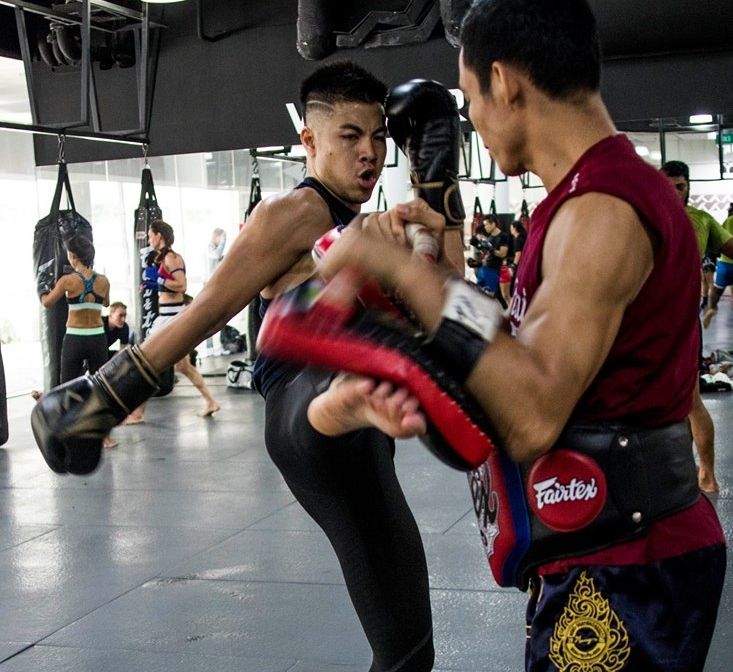 Yet, martial arts has had a much greater impact on Benjamin’s life than just giving him lean muscles and six-pack abs. It turned his life around and improved his mental health, giving him an avenue to free his mind and confront his inner demons.

“I was at a pretty depressed point in my life as well, somewhere late 2016-early 2017 when I joined Evolve. I wasn’t eating well. I just wasn’t sleeping well. I was generally depressed. I wanted to challenge myself to invest myself in something. Getting into martial arts helped pull me out of that depressive hold,” he said.

“I had a mood disorder and prolonged periods of sadness. I wasn’t severely bipolar or anything, but after I started martial arts, I was clocking in about four sessions a week and going quite regularly to get into a better headspace. I wanted an escape and to actually commit myself to something. Muay Thai in that period was a really good escape for me.” 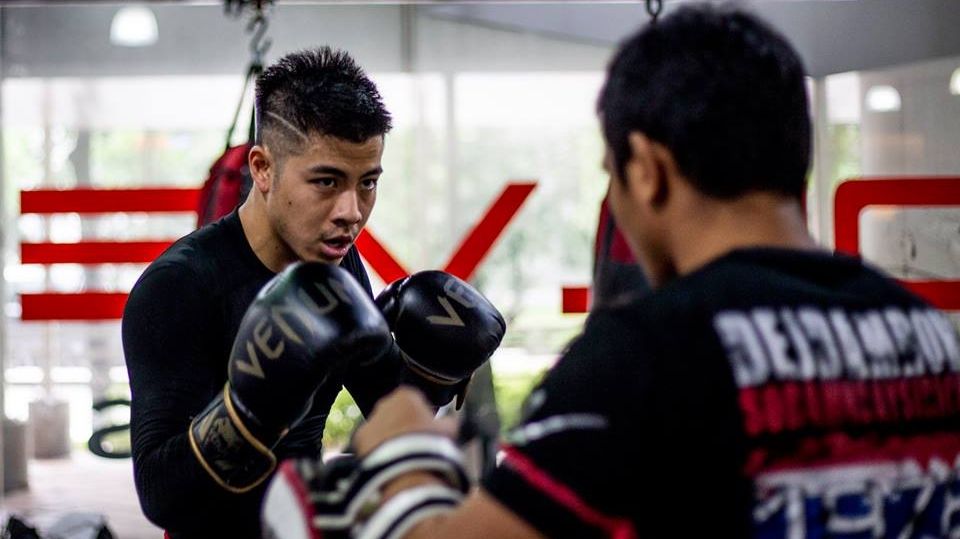 Muay Thai is a full-body workout that can burn up to 1,000 calories in an hour.

Benjamin initially started to train martial arts to prepare for a stunt role. After watching back footage of his action sequences, he realized he needed to inject a level of realism into his movements. The only way to achieve that was by actually learning the craft.

“I watched the replay, and I looked so stupid. I couldn’t throw a proper punch or kick. It initially stemmed from very superficial reasons. I needed to learn how to fight properly on camera,” he said.

“From there, it quickly grew into respecting the art form. It grew from – here are some fitness goals to – I really respect this tradition.”

These days Benjamin can be found starring in the YouTube sketch comedy series, The BenZi Project, alongside Singaporean YouTuber Hirzi Zulkiflie. He’s also constantly in the studio, writing songs and making music as he pursues his solo career. But with the mental stress that comes with creating content and making art, Benjamin is thankful that he can turn to martial arts to balance his life.

“There’s a lot of joy jumping from the boxing ring to a music studio or to a sketch writing session. The craziness of it is one of my favorite things ever. My mind idles very easily if I don’t fill it. I know I might fall into a bad place if I do, so I try to keep my mind active,” he said.

“I was really unhealthy, and it got me into a bad space. Martial arts really took me out of that. I’ll continue to do this for the rest of my life, for sure. It’s almost therapy to me. You go to someplace else when you’re training. It’s a wonderful form of escapism.”

Apart from his usual Muay Thai and boxing training sessions, Benjamin has also taken an interest in the ‘gentle art’ of Brazilian Jiu-Jitsu, and hints at picking up the discipline down the line.

“I’ve actually done BJJ with friends. I would definitely pick it up at some point,” he said.

So if you’re looking to get into the best shape of your life while also sharpening yourself mentally, book a trial class and experience the wonders and joy of martial arts training for yourself.