Earlier this year, MMA fans from all around the world watched Nate Diaz defeat Conor McGregor via submission in the second round of their fight in UFC 196. And just yesterday, both fighters battled it out once more, in what was arguably one of the most anticipated UFC main events. After five grueling rounds in the cage, it was “The Notorious” Conor McGregor who had his hand raised in victory.

According to the judges, McGregor took the bout 48-47, 47-47, 48-47, and hence, defeated Diaz via decision. However, both fighters agreed on a third and final bout – where the winner earns his bragging rights once and for all.

Although McGregor won the fight, we believe he took longer than he should have to secure that win – all because his leg kicks weren’t effective. When executed flawlessly, leg kicks have the power to cause significant damage to your opponent and hence, are believed to be game changers as they can potentially change a fight’s outcome.

Want to find out what went wrong with McGregor’s kicks? Then read on, because today, Evolve Daily shares Why Conor McGregor’s Leg Kicks Were Ineffective (And How To Fix It):

1) Because His Technique Wasn’t On Point If you watched closely, you might have noticed that McGregor’s leg kicks weren’t executed flawlessly. For starters, he didn’t always step into his kicks and as a result, wasn’t able to use forward momentum to maximize the power of his kicks. During the times when he stepped in slightly, he was doing so in the wrong angle. Stepping in at the right angle is crucial because when you do so, you’ll be able land your kick earlier in the kick’s arc, where there’s more force behind it.

Apart from that, he was kicking with his foot or the bottom part of his shin instead of the higher, denser part of his shin – which is where more force gets generated during a kick. What’s more, his kicks weren’t executed with a downward angle, hence, he didn’t manage to kick with all the power he potentially could have kicked with.

Kick Fix: Always ensure that you step in at a 45-degree angle instead of just going forward, so that you can have good weight transfer while creating forward momentum so as to execute an explosive leg kick. Also, do ensure that you’re angling your kick downwards, with the higher part of your shin making contact with your target.

Watch the above video, and observe how multiple-time Muay Thai World Champion Sam-A Gaiyanghadao throws his low kicks. That’s the correct way to do it.

2) Because He Didn’t Set Up His Kicks Well There are many ways to set up leg kicks – from punches to fakes – so as to have a higher chance of landing those kicks without getting checked. Besides that, setting up your kicks also enables you to step in and commit to the kick more as your opponent would be less likely to come back at you.

If you don’t set up your kicks, then you might become predictable after attempting the same move a few times, especially if your opponent is able to defend himself/herself successfully. Unfortunately for McGregor, this was the case, as he didn’t set up some of his kicks. As a result, Diaz was able to check them, without absorbing maximum damage.

Kick fix: Always, always set up your kicks with combinations. A great way to distract your opponent and/or catch him/her off-guard is to disguise your intended kick with fakes. This is because your opponent would probably react to your fake, and as a result, create an opportunity for you to land that explosive kick. Of course, you have to ensure that you’ve established your timing and rhythm as these two factors play a part in making your fake setup effective.

In the above video, multiple-time Muay Thai World Champion Nong-O Gaiyanghadao demonstrates 5 ways you can set up your leg kick. So make sure you drill these combinations till they become second nature – so as to remain unpredictable when sparring or in the ring.

Poor technique and lack of setups aside, we got to give it to both McGregor and Diaz for putting up a hell of a fight, and leaving us all at the edge of our seats throughout all five rounds. We can’t wait till these two meet again in the ring. What about you? 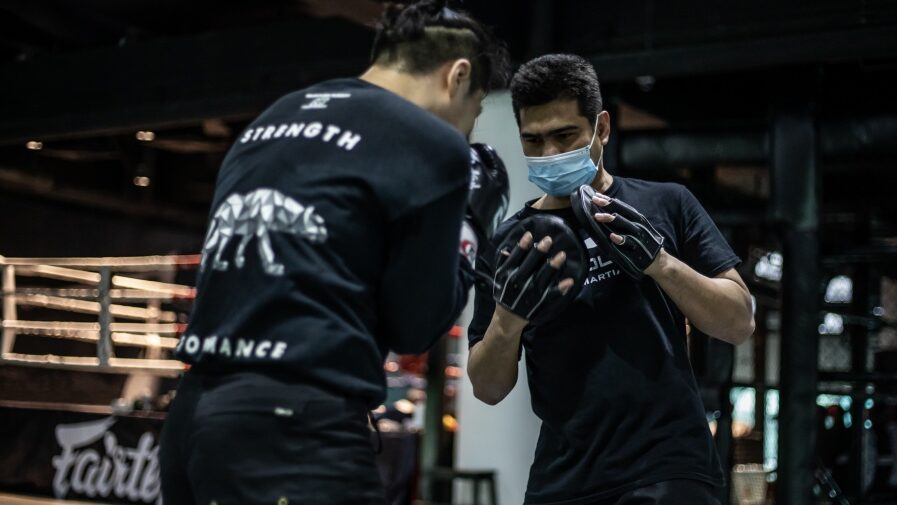