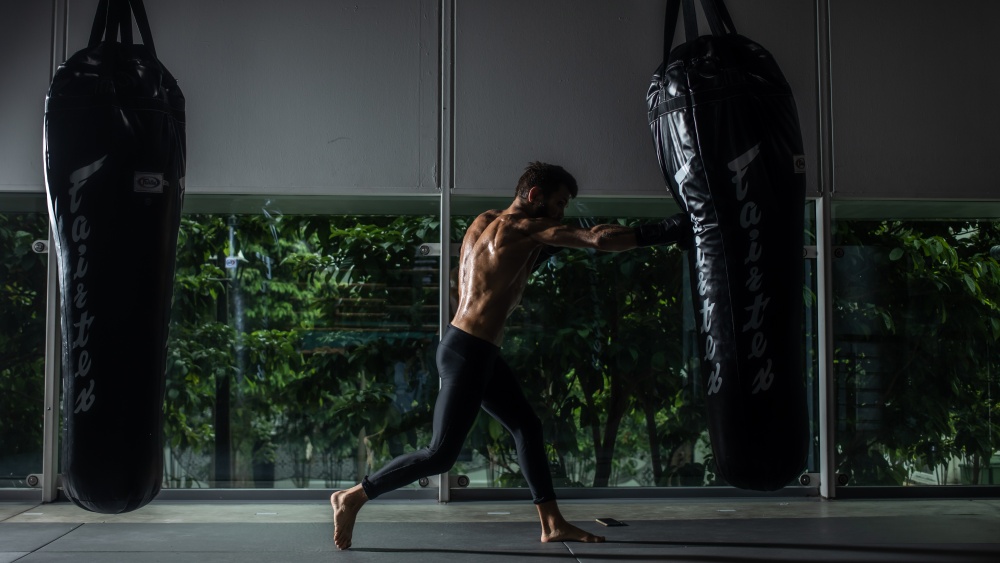 Excellent footwork goes a long way in mixed martial arts. It allows you to unleash strikes on your opponent without putting yourself in harm’s way. It also helps to defend against strikes and takedowns by making you a moving target.

Good footwork even gives you a solid base that allows you to throw strikes with optimal power.

Footwork is a trainable skill, so anyone can master it if you’re willing to put in the work. You don’t need any fancy equipment to get started either. A space you can move freely about and a pair of MMA gloves so you can train how you fight.

Mixed martial artists should wear their gloves as much as possible when training since it allows them to get used to the extra weight they add to their hands. You should wear your gloves when you grapple or perform MMA-oriented drills in general.

The Importance Of Warming Up

Striking martial arts put lots of stress on your ankles. You’re moving all over the place and throwing punches and kicks, sometimes keeping all your weight on only one foot. Footwork drills mimic the motions used during fights, so you always want to warm up before performing them. Frankly, you should be warming up before performing any form of exercise.

Here’s an easy way to warm up your ankles:

Now that we’ve explored a basic ankle warm-up exercise, let’s take a look at some advanced MMA footwork drills that will improve your effectiveness inside a cage:

This drill helps to improve your ability to pivot as an offensive and defensive tool. It also improves your ability to check incoming kicks. The key to getting the most out of this drill is to stay light on your feet. You should be on the balls of your feet the entire time; the heel of your feet should not touch the ground when performing this exercise. Here’s what the drill looks like:

Like we mentioned earlier, one of the advantages of having excellent footwork is using it to set up strikes and evade them. The faster you can move out of the way after landing a strike, the harder it will be for your opponent to counter. The converse is also true; the faster you can evade an attack, the more likely you’ll be able to punish your opponent with a counter.

Here is a drill that allows you to practice how to avoid strikes and set them up with quick, fast movements:

Knowing how to establish dominant angles is everything when it comes to striking. You have a dominant angle during a striking exchange when you can easily avoid attacks while being able to land clean strikes of your own.

You should constantly look to establish dominant angles during striking exchanges. It’s a more favorable approach than taking an opponent head-on. Backing up doesn’t count either since it only creates space between you and your opponent. You are still open to their attacks if they can close the distance.

Lateral movements help to put you in advantageous positions since they allow you to evade while establishing a dominant angle. Think of it as a Matador trying to evade a bull.

Here’s a drill that will help to make establishing dominant angles come more naturally for you:

This drill teaches you to maintain a solid stance while throwing strikes during a fight. It’s a more challenging version of the fundamental striking footwork drill. Here’s what it looks like:

Here is a more challenging version of the advanced footwork drill. It’s also an effective combination you can use during fights to close the distance.