A few decades ago, people frowned on the idea of drinking coffee or other beverages before workouts. Many believed caffeine having a mildly diuretic effect would increase a person’s risk of dehydration if they consumed caffeinated beverages before workouts. However, new research tells us that caffeine’s diuretic effect doesn’t increase a person’s risk of dehydration.

That’s good news for the 66 percent of the global population that consumes about three cups of coffee daily. It turns out your regular morning routine improves athletic performance in more than one way.

Research indicates that drinking coffee before workouts lead to improved endurance, a two percent increase in time-trial test completion time, and a three percent increase in mean power output. It also showed that caffeine increases the hitting accuracy of golf and tennis players when taken before matches.

Let’s take a more detailed look at some of the ways consuming caffeine before workouts or athletic activities improves performance:

The athletic benefits of coffee were enough to get major anti-doping agencies like the International Olympic Committee (IOC) and World Anti-Doping Agency (WADA) to ban its use in 1984 and 2000, respectively. Both organizations eventually removed caffeine from their banned substances list in 2004, but its use in sports continues to be closely monitored.

Improved aerobic endurance is arguably the biggest benefit of consuming caffeine before athletic activities. It allows you to work out harder than you usually would, making your training sessions more effective. Improved aerobic endurance also allows you to perform at a higher level since your form is one of the first things affected by fatigue. About three to six milligrams of caffeine per kilogram of body fat is enough to get you these benefits. If you’re wondering, a cup of coffee contains about 95 milligrams of caffeine.

Aim to consume coffee about 60 minutes before your training session or competition. That’s assuming you get your caffeine from sources like coffee or tea. Other options like caffeine gum deliver caffeine into your system a lot faster.

3) Everyone Gets To Enjoy The Performance-Enhancing Benefits Of Caffeine

Everyone benefits from the performance-enhancing benefits of caffeine regardless of their fitness level. Research shows people of all fitness levels show increased endurance and strength after supplementing with caffeine before physically intense activities.

However, habitual caffeine consumption reduces these benefits since it increases the body’s tolerance for caffeine.

Caffeine consumption has been shown to improve cognitive function in most people. It improves performance in activities that rely on working memory and improves reflexes. Caffeine reduces anxiety and hedonic tone at low doses, but the opposite is true in high doses.

Pre-workouts and energy drinks loaded with caffeine have been shown to increase aerobic and anaerobic performance in the gym. This allows you to work out harder for more extended periods and get more out of your workouts.

6) Caffeine Can Help With Fat Loss

The data also shows that people who do not exercise regularly are more likely to enjoy the fat-burning benefits of caffeine.

Figuring Out The Correct Dosage Of Caffeine 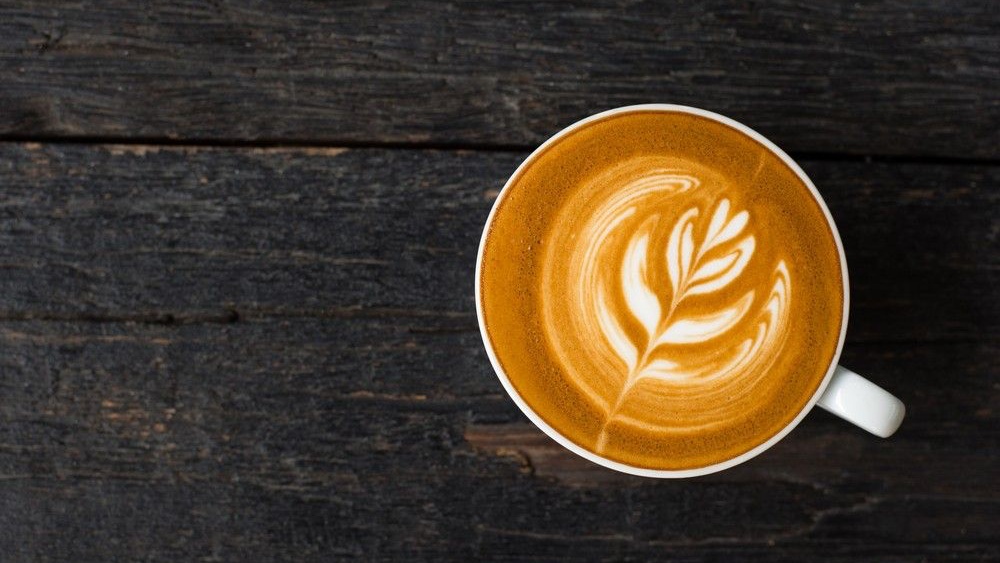 According to the Mayo Clinic, about 400mg of caffeine daily is safe for most healthy adults. That comes out to about four cups of coffee daily. However, anything more than 300mg of caffeine daily might hinder your athletic performance instead of boosting it. High doses of caffeine can lead to side effects like postural sway, increased anxiety, and muscle tremors, which hinders performance.

Aim to consume about 3mg of caffeine per kilogram of body weight to get the most out of caffeine supplementation.

Single doses that contain less than 200mg of caffeine and less than a total of 400mg of caffeine are considered safe for most adults. This comes down to about three to five cups of coffee per day to safely enjoy the performance-enhancing benefits of caffeine, like improved muscle endurance, muscular strength, and movement velocity.

Caffeine was once believed to increase the risk of heart disease and heart attacks, but newer studies have shown conflicting results. People who regularly consume moderate amounts of caffeine have a lower risk of heart disease, Alzheimer’s disease, and type-2 diabetes. Caffeine consumption also lowers the risk of total mortality, so people who consume caffeine generally live longer.

Studies that show the health benefits of coffee are typically performed using black coffee. Fancy coffee drinks like Frappuccinos do not fall under this umbrella since they can contain up to 800 calories a cup. A single cup of such per day is enough to lead to weight gain if your eating habits stay the same.

Make Your Coffee Drinking Habits Healthier With These 6 Tips Having a baby is an incredibly thrilling, exhausting, and challenging time in life. You are navigating managing your own schedule while attending to that of a new baby, healing your body from the marathon of… 9 Lunchtime Office Workouts You Can Do

We all have busy schedules these days, making it harder for us to find time to work out. That doesn’t mean you should give up on taking care of yourself. It’s simply a matter of…