What Is The BJJ Worm Guard? 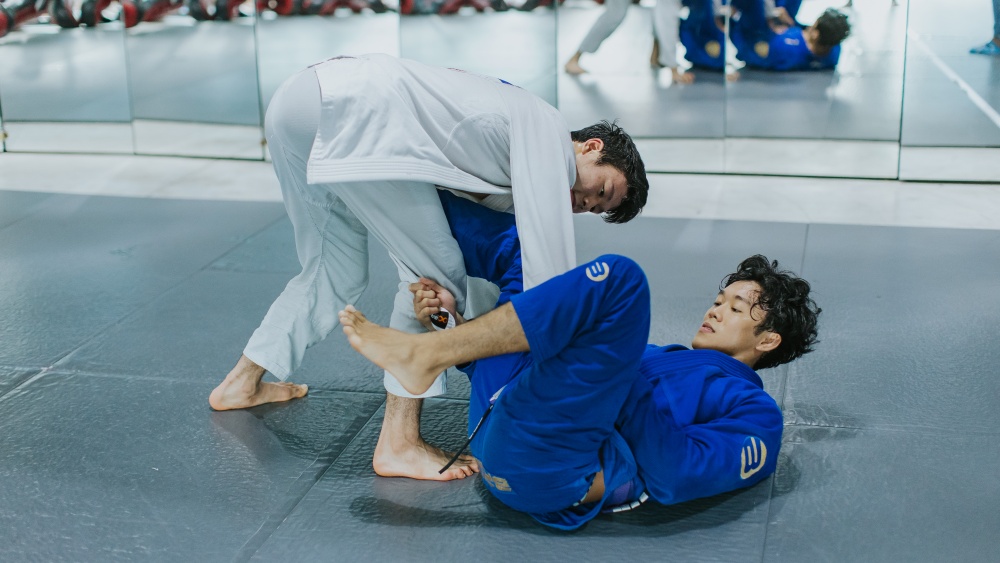 Training Brazilian Jiu-Jitsu requires you to learn many essential concepts and techniques. Perhaps the one that you’ll invest the most time into is the development of your guard. The guard is a defensive position where you keep yourself relatively safe using your body (especially your legs) as a barrier; it is also the starting point for attacks like transitions, sweeps, and submissions.

There are a lot of good guards out there, this is especially the case if you train in the gi. You can use the fabric of the gi as a tool to keep your opponent at bay. You can also use it as an extension of yourself to sweep and submit opponents from many positions. Since you can manipulate the gi in various ways, knowing many techniques using it will give you a massive advantage over your competition.

What Is A Lapel Guard?

The lapel guard is characterized by using the structure of the gi to create opportunities for attack. Note that this is a blanket term, meaning many guards can be coined as such. What makes lapel guards like the worm guard great is that you can use the lapel as a rope to wrap around an opponent’s torso or leg. This creates a strong control point where you can isolate a side to create attacking opportunities.

Lapel guards become especially useful if an opponent does not know how to defend and remove the initial grips. This is why the worm guard was highly effective when first used in competition.

Even now, years after it was first introduced, it can still create many problems for those who face it. If you are looking for a guard that can cause many problems to your opponents, the worm guard should be included in your shortlist.

Keenan Cornelius And The Worm Guard

The worm guard is synonymous with BJJ superstar Keenan Cornelius. Keenan is a decorated BJJ black belt and is known for his analytical approach to the game. He is a critical figure in the development of the lapel game in BJJ. He is credited for creating the worm guard and has then developed a system connecting the worm guard to his other gi-based guards.

Keenan is a Hawaii-born Brazilian Jiu-Jitsu competitor who currently trains and teaches in San Diego, California, as Legion American Jiu-Jitsu’s head coach. From a young age, he has been exposed to high-level instruction. He represented Lloyd Irvin’s academy in his early days and then moved to Atos Jiu-Jitsu, where he received his black belt from André Galvão.

He is known for his incredible run in the lower belt ranks, in which he won the Grand Slam (Worlds, Pans, Euros, and Brazilian National). Due to this accomplishment and his contribution to the current meta, Keenan Cornelius is considered one of the most respected (and influential) grapplers in the history of BJJ.

The worm guard is defined by wrapping your far foot around the opponent’s leg; this is the primary objective of the technique. You can create a strong bind by looping the gi between yours and their leg while hanging on to the gi’s bottom fabric (tail). The configuration of this guard establishes a strong connection between the two BJJ players, allowing for a variety of sweeps and submissions.

This is also a very powerful position to unbalance an opponent. The asymmetrical nature of the guard makes it easy for the guard player to disrupt a person’s balance, thereby making them vulnerable to attacks. Other versions of this guard are also available and are basically the worm guard with slight changes in grip and foot position.

In this video, Keenan demonstrates how the worm guard is set up. It is crucial to loop the gi outside your shin. If you plan on learning the worm guard, it is recommended to work on getting into the position first. The entry to the worm guard may require work because you need to be mindful of using the lapel as an extension of your body. Master the entries and grip strategies first. You can then move to transitions and attacks once you are experienced.

Should Beginners Study The Worm Guard?

While the worm guard has proven its worth in competition, it is generally not advised to teach it to beginners. The worm guard is highly nuanced, and beginners may not be able to grasp the intricacies of the position. White belts should study the fundamental guards as it teaches the basics of leverage, posture, and control.

An excellent example of a fundamental guard perfect for white belts is the closed guard. The closed guard is applicable for both gi and no-gi; it is also relatively safe to use and can be used up to the higher ranks.

As a general rule, it would be best to be at least a blue belt to learn the lapel guards like the worm guard. A blue belt should have sufficient technical knowledge to understand the underlying principles of the position. Blue belts can explore the worm guard’s entries, transitions, and attacks if they find it interesting. Still, it would be best to focus on more traditional guards like the closed, half, and butterfly, primarily because blues are not yet experts in the basics.

The development of our beloved sport is evolving at a very fast pace. The rise of online instruction has made learning Brazilian Jiu-Jitsu as easy as it’s ever been. Learning the worm guard and its variants can be a good investment, provided that the fundamentals are adequately understood.

If you are curious about the worm guard, we encourage you to first watch highlights of Keenan Cornelius in competition. Remember that learning a technique requires time and patience. The worm guard can be tough to learn at first, but keep at it, and you’ll definitely reap the rewards if you stay consistent. Have fun and let us know how it goes!