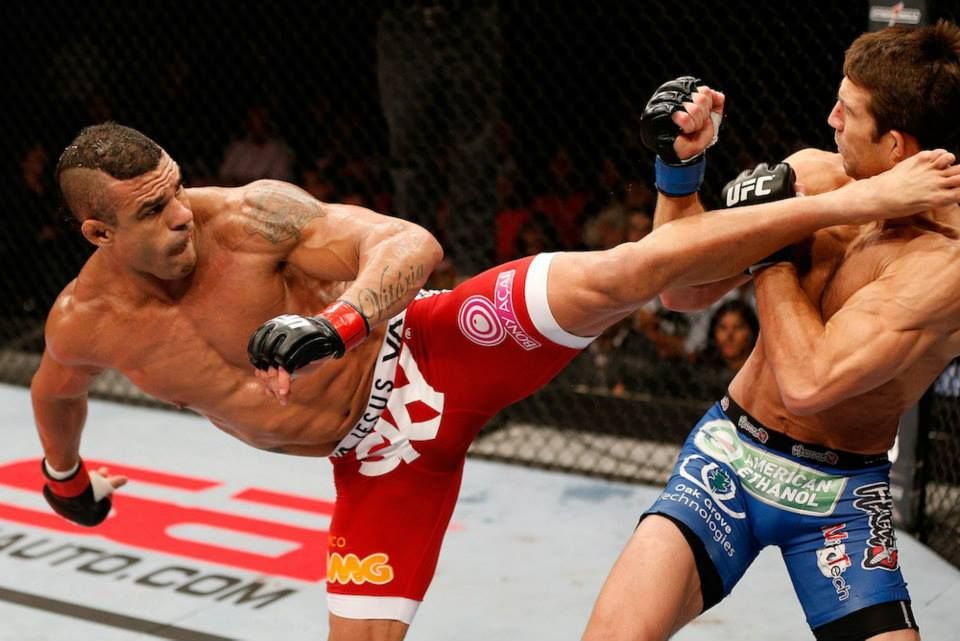 There’s a reason why Aries is the first sign up on the Zodiac chart. Those who are born under this sign are known to be fearless leaders, ready to initiate and get things going.

With all this energy, it’s easy to imagine them as martial artists. In fact, some of the greatest names in MMA today are born under this sign. Anderson Silva, Vitor Belfort, Chael Sonnen, Bibiano Fernandes, Gilbert Melendez, Nate Diaz, Mark Hunt, Enson Inoue, and Adriano Moraes; they’re all monsters inside the cage – wouldn’t you agree?

Aries are pretty much up for anything. They’re willing to go out on a limb and accept whatever challenge you have for them. They’ll do whatever it takes to get that adrenaline rush – and that’s a great trait to have as a martial artist!

2) They thrive on being challenged.

Aries aren’t afraid of a little blood, sweat and tears. In fact, they live for it. They don’t mind pushing their limits to achieve their goals. No matter how precarious a situation might be, Aries are always ready to take the challenge. Aries don’t mind learning new things. In fact, it’s what they thrive on. Because of this, it’s easy to imagine Aries as a mixed martial artist, specializing in many different forms of martial arts.

Often the life of the party, Aries will be the first to speak their minds and share their ideas. Other people naturally gravitate towards them, which always makes it easier for them to find sparring partners! The positive energy that Aries have definitely has an effect on the people around them. They’re always looking at the brighter side of situations, which influences others to do the same. No matter how tough a training day can get, or even if they’ve lost a fight, you can always count on Aries to smile after and just chalk it up to learning experience.

Because of their positive and outgoing personalities, it’s easy to imagine them taking the lead.  Their high energy level is what draws others to them, which is especially useful in martial arts. Sometimes, we just need someone to look up to and to tell us what we’re doing right or wrong.

Whenever Aries is interested in something, they’re ready to devote 200% of themselves to it. Whether it’s preparing for competition or simply learning a new technique, you can be sure that Aries will pursue their goals wholeheartedly.

Although many people may not see this as a positive trait, stubborn people often make the best martial artists.Their stubbornness ensure that they are the most resilient and hardworking, unwilling to break even through the toughest times.

There’s no doubt that Aries has a lot of great qualities that transfers well into martial arts. If you’re looking for a sparring partner to challenge you or a teammate who won’t stop encouraging you to train, an Aries is bound to be all of the above!