How To Master The Rear Hook In Boxing The rear hook is one of the most potent punches in boxing. If it lands, it can have a devastating effect on an opponent.

That being said, it’s a little tricky to connect with. If you don’t know what you’re doing, you can telegraph the rear hook and an opponent can see it coming from a mile away which will make you vulnerable to being countered.

Nevertheless, the rear hook is definitely a punch you should strive to add to your arsenal. Work on your rear hook every day, and you’ll be able to master it in a short amount of time.

We’ve come up with a few pointers on how to perfect the technique of the rear hook, and how to hone it until it becomes an integral part of your offensive repertoire.

It’s fundamental, but practicing the rear hook consistently in the gym should be your primary focus when you’re just starting out. Furthermore, to be able to perfect the rear hook, you have to understand the basic technique.

The rear hook is a hook that you throw with your rear or dominant hand. If you’re standing in the orthodox stance, that will be your right hand. If you’re a southpaw, that would be your left. Because it has a long distance to travel from rest to target, you have to deliver the punch with explosiveness.

This can be trained in the gym using a variety of equipment and tools. The heavy bag is a tool you can use to add power to your punches, especially the rear hook. The double-ended bag is used to give you accuracy and precision. Some boxers even use the speed bag to practice the rear hook.

Utilize every tool available to you, and you’ll turn your rear hook into a dangerous weapon.

Obviously, there’s no use in having an explosive and powerful rear hook if you can’t land it. And it’s a punch that is rarely landed outright. The rear hook needs to be set up to be effective.

The best setup for the rear hook is the almighty jab. As you may already know, the jab is the most important punch in boxing.

It’s used in a variety of different ways – to dictate pacing, to control distance, and to initialize combinations. It’s also the perfect catalyst for your rear hook.

Furthermore, because the rear hook can’t be used by itself effectively, you need to work it into your combinations. It’s typically thrown as the last punch in a series, but it is also versatile.

Lastly, the best way to land the rear hook effectively is to trap your opponent along the ropes or in corners. Using your footwork and ring generalship, maneuver your foes and cut off the ring. With limited space to escape, you can throw the rear hook at will. 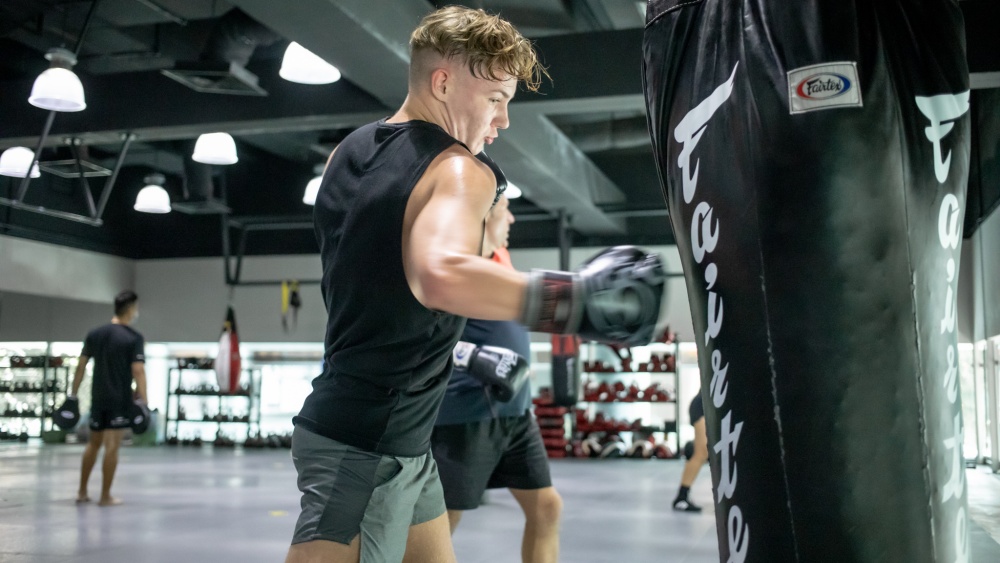 There’s nothing worse than throwing lazy punches. One, because it wastes an opportunity to do some real damage, and two, because lazy punches open you up to getting hit with massive counters. To avoid these situations, throw your rear hook with conviction.

That means fully committing to the punch and not hesitating. Use your speed and power and follow through with your rear hook, punching through the target.

At the same time, don’t forget to bring your hands back up on defense, in case you miss badly. If you miss wide, make sure you don’t get hit with a counterpunch by immediately reestablishing your glove guard.

When you commit to the punch, you instantly increase the probability of it landing clean. The rear hook can, in turn, stun your opponents momentarily or even send them crashing to the canvas.

Perhaps most important of all, don’t let your opponent see the rear hook coming. Of course, the punch that they don’t anticipate will do the most damage, so it’s imperative that you learn how to throw the rear hook without giving it away.

There are a few giveaways that you should avoid, technical mistakes like cocking your elbows back to load up on the rear hook before throwing it. Sharp opponents will see that and know the rear hook is coming, allowing them to evade or block it.

You want to throw the rear hook from rest without loading up on the punch, so it can deliver with speed and explosiveness.

Another effective way to set up the rear hook is by using feints. Feints are an amazing thing to have in your boxing toolbox. Using feints keeps you unpredictable and forces opponents to misread and miscalculate your offense.

They work by eliciting reactions and then taking advantage of openings.

Last but certainly not the least, practice your rear hooks in focused sparring sessions.

Combining all the points mentioned above, practice the rear hook extensively and in different positions in the ring – along the ropes, in close quarters, from range, and on the move. You can train using the rear hook both moving forward and moving backward, on offense and on defense.

Training in a variety of situations and scenarios in sparring will prepare you for real-world applications of the rear hook. You will also want to practice the rear hook until it becomes second nature to you, until the movements and techniques become part of your muscle memory.